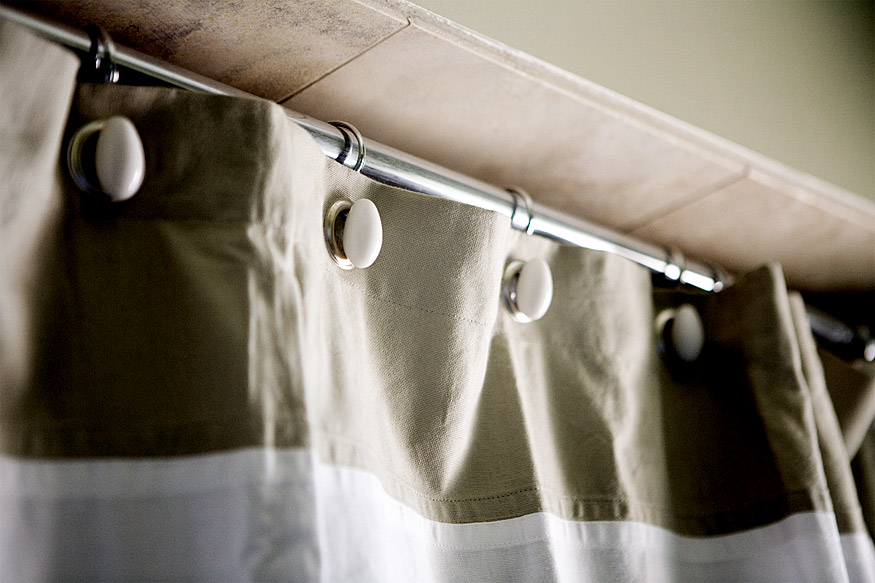 I’ve been looking for a good-looking, simple shower curtain for weeks when I finally realized that the one we’ve got hanging over the bathtub is about three years old. And embarrassingly gross. Opened up a recent West Elm catalog and found exactly what I was looking for in this organic cotton number, and bought this specific color combination because it matches the tiles the previous owners used when they remodeled the bathroom. This is officially Jon’s bathroom, I use the much smaller one downstairs that has a tiny stand-up shower with a rickety door as my own, so here I’ve gone and made myself jealous that he has a new shower curtain. He better be damn happy.