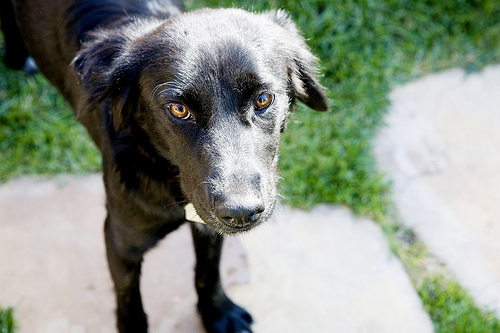 …..
UPDATE: Just talked to Carol (Monday afternoon), and they have narrowed it down to a couple of names. She assures me they will have a decision by tonight, and I will let you know the minute she tells me. If she doesn’t choose one by tonight I’m going to go over to her house and pee in her orange juice.
…..

Last week I started volunteering for the Humane Society of Utah, something I’ve been wanting to do for years but have never kicked myself hard enough in the butt to do. I announced this to Jon, just like that, hey, I’m going to the Humane Society, I’l see you in about three hours. And I thought it would go in one ear and shoot right out the other because he was reading political websites, and when he gets in that mode the only thing that can distract him is the sound of the dishwasher opening because that signals I am either loading it or unloading it and within seconds he’s in the kitchen groping me.

But he instantly shook his head as if a fly was stuck in his ear, and he was all, you’re what? And I was all, but the dogs, they need me! And he was all, WOMAN, IF YOU BRING HOME A DOG I’M MOVING TO MONTANA. BY MYSELF. So I promised him I wouldn’t, and I had no intention of doing so, except I fell in love with a dog. In fact, I fell in love with the first dog that I walked. And I wanted to adopt that dog right then, but then I thought, hmm… I kind of like Jon. I would miss him if he moved. Who would leave computer cables all around the house and buy hundreds of dollars worth of unnecessary crap when allowed to shop at Costco alone?

So I didn’t adopt the dog right then and instead spent the next three hours being knocked over by 120-pound boxers and pit bulls who were more than a little bit excited to be let out of their cages. I’d open a cage and it was like a humpback whale would fall right on top of my head. I had no idea what I was getting myself into, and one dog was so out of control that he worked his way out of the leash and headed for Montana. I had to chase him a half-mile down the road, and I was losing steam when it suddenly occurred to me to yell out in my high-pitched dog voice, the Make Coco’s Head Explode voice, and it worked because the dog did a 180 and tackled me to the ground. The cuddling we did for the next five minutes right there on the sidewalk made me feel like I had cheated on my husband.

Yesterday when I showed up to do a few more hours of work I noticed that the dog I had fallen in love with was still there, had not been adopted, so I dove into her cage to take her for the first walk of the day. Bad idea, because my love had only deepened with the distance. Trying not to fall over in a bawling mess I took her out to one of the dog runs and let her play while I made an important phone call. Not to Jon, no, this story does not end in our divorce. Or with a long legal battle over custody of our espresso machine.

My friend Carol mentioned that they had been thinking about getting a dog, and did I have any advice since they’d never had one before. Advice? STAY AWAY FROM MINIATURE AUSTRALIAN SHEPHERDS. Also, I’d be doing some work at the Humane Society and I’d keep an eye out on a dog with a temperament and size similar to Chuck’s. And this was that dog. A 27-pound black lab mix, one year old, submissive, adorable, cuddly. Doesn’t jump up on people. Great with kids. Loves to play with other dogs. The only way she could be more perfect was if she could balance a pitcher of beer between her ears.

She made a few phone calls to her husband, called me back, I called her back, and six hours later I had her and her three kids in my truck on the way to the Humane Society. Luckily the dog was still there when we arrived, and I tell you what, she could not have put on a better show for that family. She snuggled up to each kid, jumped around the dog run happily, ignored all the other maniacal barking dogs nearby, and basically stole all their hearts. Within the hour she was in the back of my truck and we were all trying to figure out what to call her: When she was dropped off two weeks ago she did not have a name and so the Humane Society just called her Blackie. None of the kids liked that one, so they started throwing out their own ideas: Isabelle, Pepper, Charlie, Dusty, B.B. Carol’s eight-year-old son is pretty sold on the name he came up with and insists that no matter what the final name is he will call her Car.

No one could agree on anything, and this morning when Carol brought the dog over to play with Chuck and Coco she revealed that they still did not have a name. And I said, you know what? I bet I know some people with a few ideas and asked her if I could take this dilemma to you.

Internet, we need a name for this dog. Carol has only a few criteria. It has to be two syllables, shouldn’t be too girly or too hard to say, and it should definitely roll off the tongue. Carol’s husband suggested that maybe the name should reflect their lifestyle. They’re very outdoorsy people, love to hike and bike and ski. They love the blues (thus B.B. that was suggested above). Also, they’re from the Midwest and pronounce everything the wrong way, so maybe it could be a name that would allow me to make fun of them endlessly when they say it.