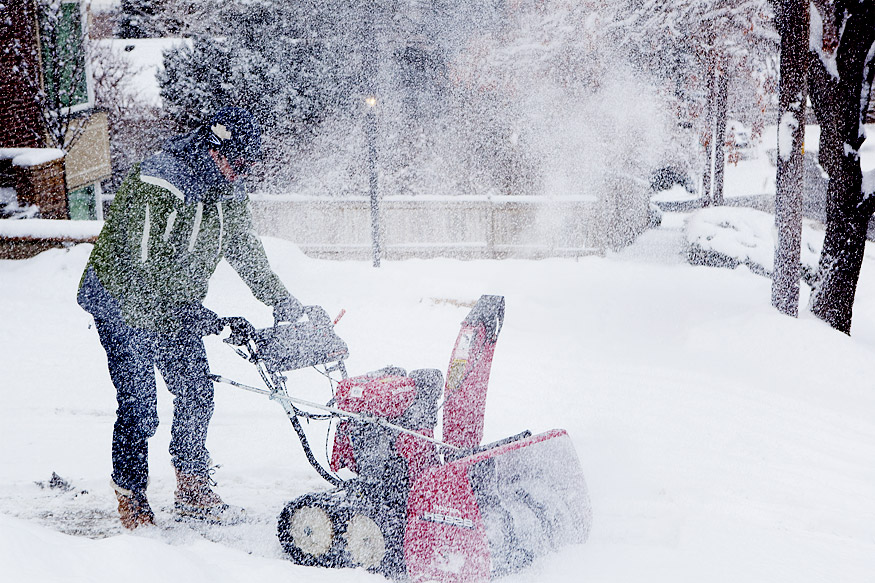 Over the weekend it snowed about ten inches, and then today it snowed another eight. Jon broke the snowblower Saturday afternoon by pushing it over the newspaper, so he wasn’t able to get out and take care of the mess until later today. Thank God we weren’t issued a citation for late snow removal like we were back in January when we left town for San Diego. You want to see a couple of angry Armstrongs? MAKE THE SNOW THAT MUCH MORE UNBEARABLE.