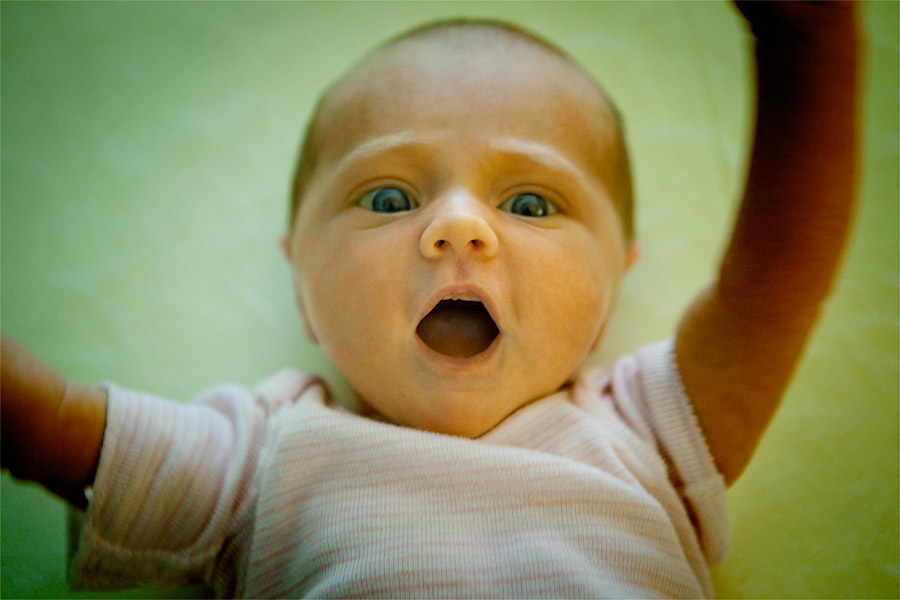 My mother informed me today that I’m not posting nearly enough pictures of Marlo on this website, how was she supposed to keep up with all of her tiny changes if I deprived her frequent photos? Last week Jon dared me to call her and say that Marlo had expressed disappointment that she had only seen her Grandmommy a couple of times that week, isn’t it sad that their relationship was already in jeopardy? So I did, and my mom said that my punishment for saying something so mean was getting stripped of all the Skin So Soft she had promised me in the will. Dammit! Do you know what the going street value is for that stuff?

So here’s a picture of Marlo imitating my father when he learned that Al Franken had been declared the winner of Minnesota’s junior seat in the Senate.