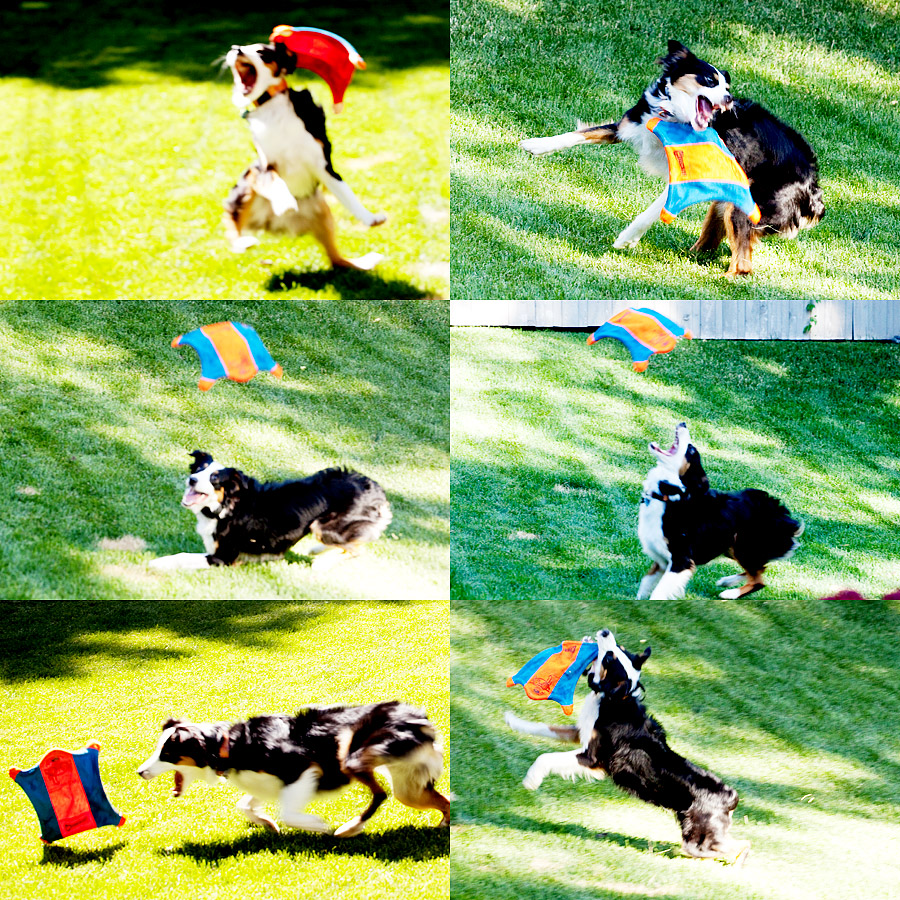 So we finally found a job for Coco. Turns out she loves to fetch, but she’s a little picky about the object. Tennis balls are fine, but she loses interest pretty quickly. Sticks only hold her attention for a minute or two. But this thing, what I guess is called a Flying Squirrel

, a gift a reader sent to Chuck maybe four years ago, this thing… my God. Coco is OBSESSED. No, that word doesn’t even do it justice. This Flying Squirrel is now the center of her world. She would fetch this thing for days without stopping if we’d let her. And now it’s gotten to the point that if one of us even looks like we’re headed to the back door she starts running around in circles thinking it’s time to fetch. So now we spend the majority of our day going, no, not now, maybe later, Coco, NOT NOW, LATER. DAMMIT, DOG, LATER. NO. STOP IT. LATER. I’D LIKE TO HAVE A WORD WITH WHOEVER REMOVED YOUR BRAIN.