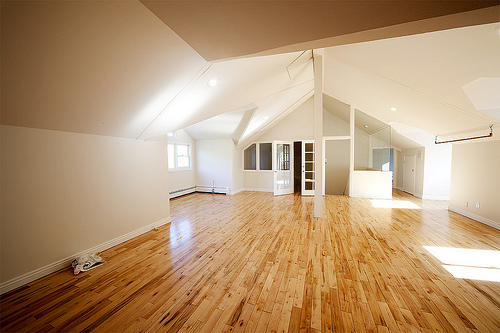 The state of our office right now is exactly like that one time I went to visit a certain boyfriend of mine in Hayward, California where he was going door to door selling pesticide for the summer. He was living with four or five other guys at the time, and when I walked into the bathroom I couldn’t find a spare square inch of floor to put my foot because of the hundreds of discarded toilet paper tubes.

Also, the mold in the shower had grown what I can only describe as dreadlocks.

We’re still living among boxes that haven’t been unpacked, files that make no sense, cords that belong to some piece of equipment, we just don’t remember which one. I know, we’ve been here for well over a month, and it looks like we moved in yesterday. It’s just, I want to take my time and do it right. Meaning, every night after we’ve put the kids to bed and have that little extra time to make some headway, I look at Jon and he looks at me, and we’re all, there’s a giant king-sized bed upstairs! WE COULD TOTALLY LIE DOWN ON IT.

Also, the office is a bit of an odd shape. Yes, it’s huge and filled with light and almost as big as our first house. But there are tons of nooks and angles and spaces that makes no sense. Here are some before pictures plus a few of where we are right now: Here’s one of the nooks where as a kid I would have camped out with a sleeping bag and pretended I was the Queen of France: You guys, rarely do I let you into the madness that is the clutter of my husband. This, in fact, is nothing compared to normal. And when I post final photos of the space you will see NONE OF THIS, SO HELP ME GOD: This is the extent of my clutter right now (oh, the crap I stashed away before I took this photo). It pains me as a proper Southern woman to expose this seedy underbelly of my life. Excuse me while I go faint and then have someone throw sweet tea in my face: Here’s the fax/printer plus a whole slew of clutter from the previous office. A problem that needs real fixin’: This is the studio space littered with every unpacked box imaginable. Have you not unpacked your socks! I KNOW WHERE THEY ARE! Oh! And have I mentioned? We have a place to store our leprechauns! And UGH! The cords of technology. Jon thinks this is totally sexy. I think we need some more “alone time” if you know what I’m saying: So to begin the process of laying out the space in a way that would make all those angles come together in harmony, I decided to put together a mood board: colors, furniture, storage, textures, all keeping in mind that we’ve got several different spaces with different uses, and it would be very easy for this thing to come out looking like someone with a mental illness designed it. Oh, wait. What I’m going for is something really comfortable but full of color. Something that feels less like an office and more like some place we really want to spend the majority of our day (short of turning it into a condo on the beach in Cancun).

Here’s a rundown of all the different spaces that need to be addressed:

Let me just say that when you see the final version of Tyrant’s space that I had nothing to do with the decision of the chair he’s sitting on: We offered to get him something totally ergonomic that had tons of style, but he was all, nope! Get me the ugliest thing you can find! Something that looks like it was made from the skin of a black bear’s testicles! But since I don’t have to sit in it all day, whatever. He can have his little fluffy abomination. As long as he stops telling lies like, “You know the critter catcher has to sleep in your room, tonight, right? The animals are nocturnal, and that’s the only way to find them.”

I went around all day long thinking, OH MY GOD, some strange dude who relishes the act of snatching raccoons is going to be sleeping on the floor next to me? What if he snores or talks in his sleep? What if he sleep walks and ends up in bed with us?!

Of course, I believed it! Tyrant is as incredibly smooth as I am gullible. That afternoon I walked into our bedroom where he had put down a sleeping bag and pillow next to my side of the bed. And that’s when I ran downstairs and shouted, “I CAN LIVE WITH THE ANIMALS! CALL IT OFF! CALL IT OFF!”

He may have suffered minor heart damage from laughing so hard.

And so we begin!