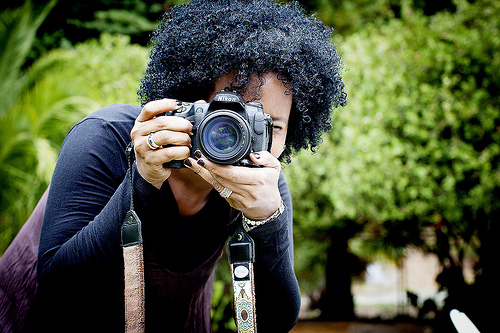 Bah-pheeewwwwwww! No that wasn’t a sneeze. It was more of a sigh, a straight-bodied falling over into the bed only to hear the frame crack underneath the jolt. And then two nights later Jon’s all, seriously? We’re finally alone and it sounds like grandma is knitting next to the bed in a rusty rocking chair.

Right now Jon is trying to figure out when to Have The Talk with me about what is and what isn’t inappropriate. Dude, I didn’t mention any body parts. SAFE!

Now that we’ve finished putting together the office I feel like I can move on with the rest of my life. It kind of felt like those months when I was writing my book and that awful summer when we were being sued, because I would think, “What will life be like when this is over?” It was the first thing I thought about when I woke up, the last thing on my mind when I fell asleep, the subject of all my daydreaming: Brad Pitt nude in Playgirl, filing cabinet to the right, second drawer down.

I did get to take a break from the weight of it a couple of weeks ago when I attended the Mighty Summit in the Russian River part of wine country. I packed my laptop, but I’m proud to say I only opened it once, and then only to upload some photos. My goal that weekend was to relax, sleep, sleep some more, triple that amount of sleep, and then commune with my camera again.

I haven’t been particularly drawn to my camera lately, and I can’t figure out why. So I forced myself to take as many pictures as I could that weekend to see if I could find the spark again. And I did, at least a little bit. It’s coming back to me, although the conversation I had with Jon over dinner in Moab earlier this month set me back about a millennium. Because I don’t know anything about the mechanics of photography other than 1) the digital camera does all the work and 2) if I take a hundred shots maybe one will turn out okay. The end.

He started talking about aperture and shutter speed and focal length and ISO and white balance, and I started to cry. No joking here, I started to weep because I just felt so stupid. It brought me right back to middle school when I didn’t qualify for the gifted program, and I saw all these kids leave the room to go take a more advanced math class. And then back to college when a group of guys didn’t think I was cool enough to date their roommate. I know I’ve lived enough life to have worked through those insecurities, and maybe it’s because I stay away from things I’m not really good at now because there isn’t even enough time in the day to indulge in the things I enjoy…

OMG. I owe all of you a hundred dollars for being my therapist this week. You guys, I’m never going to look like Loni Anderson, AND THAT’S OKAY!

At the top of my life list (the theme of the Mighty Summit) is this: take a photography class. I’m ready to make myself uncomfortable with my ignorance on this subject because it’s important to me to understand how photography works. What made that weekend so meaningful was that so many of us there have the skill and means and connections to help others with their own goals. She shoots only in manual mode and is able to capture the most amazing photographs. She took me aside the first night and spent a good half hour talking me through the basics. Her advice along with what Jon was able to explain to me have given me a good base so that when I do take that class I’ll have one iota of what the hell is going on.

Most of the weekend was spent wine tasting and touring, so that’s where I focused most of my energy: I also took a few shots around the grounds of the hotel: This is one of the two hotel dogs. Her name is Paris and she was much more modest than her name: However, one certain Erin Loechner (more adorable in person than could be imagined by a million cartoonists) hoarded her all weekend as was rarely seen in any other position than this: Maggie, the lead organizer, was my lover roommate, and this has to be my favorite photo I’ve ever taken of her: There’s this one, too, of all the organizers, Helen Jane on the left, Laura Mayes on the right: I also got to meet Zan for maybe the second or third time, we don’t remember BECAUSE OF ALL THE DRUGS: But this time it really mattered because DUDE, she used to hang out with BLUR! And so for like two hours one night we drank bourbon and talked about Britpop in the nineties, and did you know they got back together and released a single earlier this year? You did? WELL AREN’T YOU SO HIP.

For those of you who didn’t know about the single I’m going to link to it here, because, oops. I lied. I opened my laptop more than once that weekend. After drinking bourbon with Zan for two hours I went back to my room, listened to this single, and then spent another two hours searching for everything from Oasis to Elastica to Suede to the Manic Street Preachers like some old lady pining the days spent riding around without a seatbelt in the backseat of her father’s GTO.

(Don’t worry, Dad. If anybody asks me I’ll tell them it was some other old lady.)

And then I slept in the next morning. Mighty Summit: success!

Special shout out to Cecily: although I didn’t get your picture (dammit), I’ll always remember our hug and the words you said to me when I need them most. Thank you.