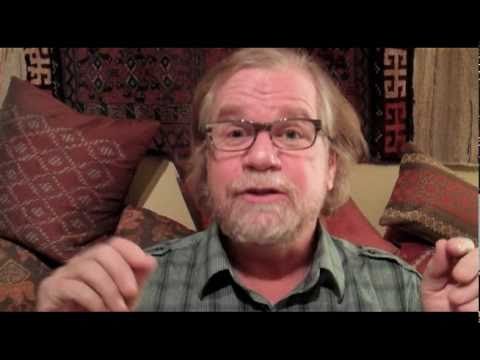 Starting at the beginning of last week Jon was experiencing a tightness in his chest, one that made it almost impossible to catch his breath. By Thursday his strained stutters while breathing started to really scare me, so I took him to our primary care physician where in the process of asking a few questions the doctor focused in on our recent trip to Mexico. Was he experiencing this then? How long was the flight? And I was all BOTFLY INFESTATION!! WOO! WOO!

Just joking, of course. I don’t think the larvae of a hairy fly living inside his skin would cause him this specific kind of pain, but the doctor was like, huh? What’s a botfly?

Um… didn’t you go to medical school, DOCTOR? I would hope that they have a whole semester dedicated to human botfly infestation, otherwise ask for your money back, dude! Cause I’m not going to recommend you to any of my friends who come back from a tropical locale with a fly that has burrowed inside their skull. DUH.

Confession: I have spent a little too much time on YouTube watching botfly infestation videos. It falls under that same fascination I have with watching pimples being popped or tumors being removed. I won’t post them here because they are not for the faint of heart, but I will link to my favorite ones, including this one where an ecologist has one in his hand THAT HE LETS GROW TO MATURITY. And when the larvae comes out of his hand he shrieks, “It’s a girl!”

I told the doctor that he should watch these videos, at least, if he was okay with horrifically gory things that you can’t un-see. That’s when he turned to Jon and said, “For Valentine’s Day you should get her a book on dermatology with LOTS of pictures. It’ll be her favorite Valentine’s Day ever.”

Turns out he was worried that the flight might have caused a pulmonary embolism, basically a blood clot that dislodges from the leg and travels to the lung causing all sorts of problems. Except, after doing some blood tests and x-rays, all he could say was, “It’s not a pulmonary embolism. Yet.”

That is just the most comforting diagnosis ever, kind of like, you’re not going to die right now. Maybe.

He sent us on our way with the instructions to head to the ER if it got any worse, which it very much did the following morning. This time the pain was more localized in Jon’s right chest, and he felt like someone was squeezing his torso every time he took a breath. Since I didn’t want to wait around for a blood clot to reach his lung, I told Jon we should head to the hospital. He was like, are you sure? And I was like, am I sure? Dude, I love you. And I am not about to raise two kids alone, especially since that second one just took up head butting as a pastime.

(Seriously, I tell her, “Kid, don’t do it. It’s going to hurt you more than me.” And then she head butts me, feels the searing pain in her forehead and starts crying. Kids really are just the biggest idiots.)

We got a room at the ER rather quickly considering the horror stories you hear about people waiting two years to be seen by a doctor, although to tell you the truth I think we just beat the Friday afternoon drunk and clumsy crowd by about an hour.

After we told a nurse about his symptoms someone showed up immediately to perform an EKG. As he was applying the wires to Jon’s chest I asked the technician if this test would show whether or not Jon really loves me, but he didn’t understand what I was doing, That Thing We Do When Confronted With Scary Shit, which is joke around as much as possible to distract ourselves. Jon waved his hand and said, “Don’t pay attention to her or next thing you know she’s going to start telling really awful jokes about Viagra.”

Q: Why don’t they make Viagra for women?

A: They do, it’s called “having someone else unload the dishwasher without being asked to do so.”

See? I made that one up JUST NOW. Is it awful? Yes. BUT IT WOULD HAVE DISTRACTED ME.

I’m sorry, but my husband who was having chest pains was lying on a hospital bed connected via wires to some machine that was about to tell us whether or not his heart was about to perform a coup. I WAS ALLOWED AN AWFUL VIAGRA JOKE.

Just as I was about to tell the one about a Viagra walking into a bar, the technician told us everything looked good and that someone would be right in to draw blood. This is the part of the story where I had to exhibit the most self control because Jon hates having his blood drawn. Loathes it. Has been known to break down into fits reminiscent of scenes in a Charlotte Brontë novel.

And the kicker here: we were at the teaching hospital, so the really friendly blood taker who looked like he knew what he was doing had to stand over the woman who looked like she had been plucked right off of the street and told that she was about to draw blood from someone, had she ever done this before?

Not even kidding, she was looking at Jon’s arm (which had “awesome vasculars” according to the experienced blood taker), and I could tell that she was WAY more scared about what was about to happen than Jon was. Like, the look in her eyes was one of absolute terror. And her lip was curled into a snarl that suggested she did not like the sight of blood.

Do you have any idea how hard it was to hold my shit together? I mean, I had to hold in any and all laughter to show my support for my husband, even as she jabbed him three times without even getting the needle into his arm. Even as Jon’s body lurched inches off of the table every time she jabbed him, a lurch similar to the manner in which Kramer walks into a room.

Even when she stopped, exasperated, and said to Jon matter-of-factly, “You are scaring me.”

Really, lady? Because you are just writing my content for me.

Finally, after Jon started to lose the color in his face, the experienced blood drawer stepped in and took over, showing the student exactly how to get the needle through the skin. But then Jon looked down and saw a syringe hanging off of his arm, and I don’t think I’ve ever seen that color of white before. In fact, I think Jon may have lost consciousness for a tiny moment, and then he started sweating like he does at the end of a workout. That’s when everyone in the room turned into a cheering squad and was all IT’S OKAY, HEY, YOU’RE ALL RIGHT, HANG IN THERE, DON’T PASS OUT, BUDDY.

And the whole time the student just stared at Jon as if he were crazy.

Tell me that you would have been able to keep a straight face. That’s what I thought.

After a sonogram showed his heart to be working perfectly and the results from a series of blood tests all came back with good news, I thought we’d be able to head home for the night. But Jon met a list of requirements that had the doctors wanting him to stay overnight for observation. That list being 1) man who is forty-five years old, 2) is experiencing chest pain, and 3) is just irresistibly adorable.

What? It’s Valentine’s Day. Cut me some slack.

It’s Valentine’s Day and my husband who spent the night at a hospital because of chest pain is okay. Perfectly okay, it seems, after several more rounds of blood tests and a cardiac stress test proved that none of The Scary Things were causing this pain. They couldn’t say exactly what it is, maybe inflammation, maybe something viral, but we know his lungs and heart are fine.

However, this scared the living shit out of me, and I don’t recommend going on this ride. Many thanks to those who sent words of concern, they really helped us get through this weekend.