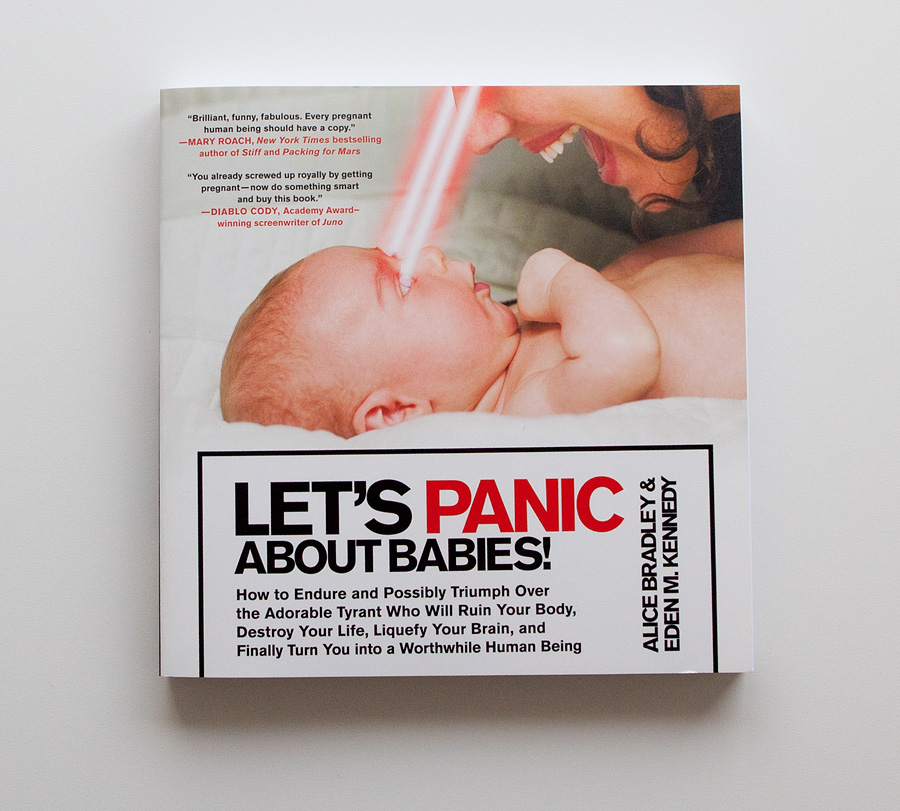 Discalimer: The authors of this book are two of my favorite people on the Internet, but even if that weren’t true I’d still recommend you buy this book, for the adorable laser eyes alone!

Let’s Panic About Babies!: How to Endure and Possibly Triumph Over the Adorable Tyrant who Will Ruin Your Body, Destroy Your Life, Liquefy Your Brain, and Finally Turn You into a Worthwhile Human Being

should be the first book a new mother reads before she has her baby, if only to calm her shit down. Whereas most literature will cause you to worry that you are dying every ten minutes or so, this one actually prepares you for the absurdities that will inevitably ensue.

Observations Some Assholes Will Share With You, And Appropriate Responses

“No way are you only eight months pregnant. Surely your doctor was wrong.”
SUGGESTED RESPONSE: Stink eye; middle finger

“Only eight months? Are you having quintuplets?”
SUGGESTED RESPONSE: Savage braying

“Oh, man, you got to stop eating so much!!”
SUGGESTED RESPONSE: Hastily improvised shadow puppet play about that person being gored by a rhino

This is the most hilarious book you will read on pregnancy, you can take my word for it. My favorite line: “Now that you are obviously, clearly pregnant, it is your moral obligation to alert everyone to the moist, swollen state of your sexual organs.”