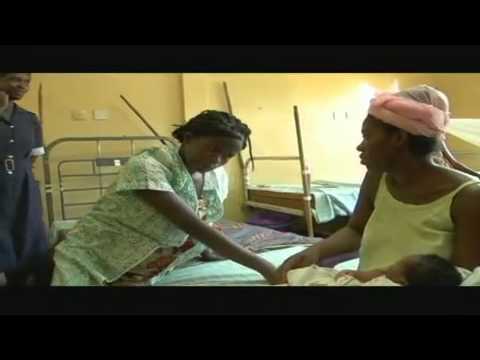 As most of you know, South Sudan declared its independence from Sudan late last week. While spending time with Christy Turlington in Bangladesh, we discussed the barriers to maternal health in other parts of the world and I learned that Sudan (as we formerly knew it) was one of the most dangerous places for women to give birth. In Christy’s words:

The southern part of Sudan is disproportionately burdened. In 2007, the UN reported that rates of pregnancy-related deaths in south Sudan are the highest in the world. The New York Times reported this past week that a 15-year-old girl in South Sudan has a higher chance of dying in childbirth than she does of finishing primary school.

This week Every Mother Counts will be kicking off a two-week push to raise $18,000 to send a 40-foot container filled with unused medical equipment and supplies to the new Republic of South Sudan for a facility located in Goli. A clinic was built there fairly recently but funds ran out before it could be properly equipped. The materials that our partner DOC2DOCK collects from hospitals across the U.S. are all donated and in good condition—the funds you help us raise will go toward shipping costs to get the container to Goli where they will be put to good use.

You can donate just $10 right here.

I know everyone is tight on cash, and some of you might be thinking please stop, you’re giving me compassion fatigue. Where are the fart jokes? And that’s totally legitimate. Feel free to ignore this.

But this is a chance to see exactly what your money is doing. It’s going to help bring equipment to a facility that will save women’s lives. DIRECTLY. And as a mother myself, I’m so excited to see something like this helping other women who don’t have the medical access I had when giving birth.

Here’s an example of one of these shipments reaching a hospital in Ghana: