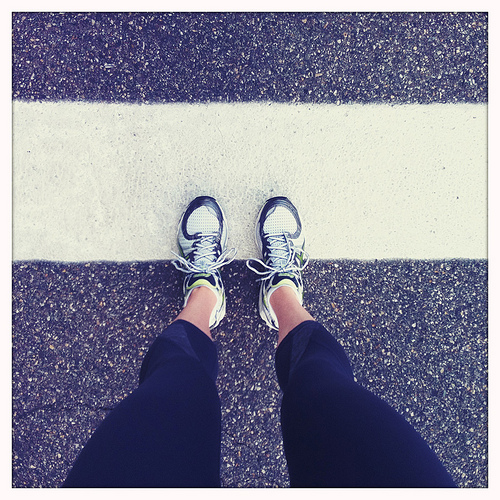 Joined by a Team of 9 including Influential Mommy Blogger Heather Armstrong and CEO of Lifeway Foods Julie Smolyanksy, the team runs to raise money for Every Mother Counts

Every Mother Counts is an advocacy and mobilization campaign founded by Turlington Burns in 2010 to increase public awareness of and support for improved maternal and child health. Now in its second year, Every Mother Counts seeks to engage new audiences to better understand the challenges and the solutions so that we can take action to improve the lives of families by improving the health of girls and women worldwide.

To put things in to perspective globally, for each of the 16,000 female runners that participated in last year’s marathon, two times the number of women die due to childbirth related causes each month. Hundreds of thousands of women die during pregnancy and childbirth each year, and 90% of these deaths can be prevented if given the proper tools and resources.

“Simply put, we want to run so others don’t have to,” said Turlington Burns. “So often, distance is the biggest barrier to a woman and her family getting the care they need. We hope to not only increase awareness for the cause but to also make that vital connection for people. So many pregnant women live far from health services around the world and that distance does make a difference.”

Two weeks ago today I got the invite from Erin Thornton, Executive Director of Every Mother Counts, to run with their team in the ING New York City Marathon.

It takes place on November 6th.

A little bit of math over here, some furious calculations over there, and YEP. That’s less than two months away! Two months to train! What? Have I been running? Yes, if you count running to bed at night so that I hit the pillow and not the floor before I fall asleep. Although, I guess that’s more of a sprint.

So, No! Not at all! Why do you look worried?

I mean, I wasn’t running until two weeks ago, and since then ALL I HAVE BEEN DOING IS RUNNING. Actually, that’s not the truth. I’ve added running to my already crazy workout schedule, so I’m running, taking two spin classes, running some more, working out with weights, running some more, and by then there’s only a few minutes left to cry.

Oh hell yes, there is crying in running.

My trainer used to run a couple of marathons a year, so I asked her if she’d help me put together a plan to tackle this kind of challenge. She contacted a running specialist, a 6’5” super athlete who maybe weighs 100 pounds IF he’s giving a piggy back ride to a seven-year-old, and I’ve met with him twice to get advice on form and pace and cadence. He said his goal for me is to beat Oprah’s best time, and I was like, really? That? How about we aim for not dying.

There goes my ambition again!

I looked at many traditional plans for marathon training, and most of them span a solid four to five months. Since I have only two months I’ve got to make up for lost time, and last Sunday morning I ran ten miles, the longest distance I have ever covered in my life. Afterward I could barely walk BUT I DID IT. And because I’m already working out so much it didn’t take more than a day to recover. Good thing because I had to go to spin class the next morning and cry!

Running a marathon has been on my bucket list for many years, but I’ve always regarded it as some sort of insurmountable task. Herculean. People say that it should be a piece of cake since I had a natural childbirth and um, NO. That lasted only three and half hours and it was INTERVAL TRAINING. This is four to five hours of endurance, and at the end of it you get really chaffed nipples without the cuddly baby!

Like the press release says above, the Every Mother Counts team is trying to raise as much as $50,000 with this marathon to help raise awareness for global maternal health. Christy’s organization does such important work where there is so much work to be done. I couldn’t be more thrilled to join their team as the Technology and Media Advisor and to be taking part in this challenge.

If you’d like to sponsor this cause, you can visit my team page here. Every dollar counts and will help bring women closer to the medical attention they so deserve.

Wish me luck! And! (EXCLAMATION POINT!) Since I know you’re going to give me advice, please don’t tell me that you collapsed at mile 18 with poop in your pants, k? THX!