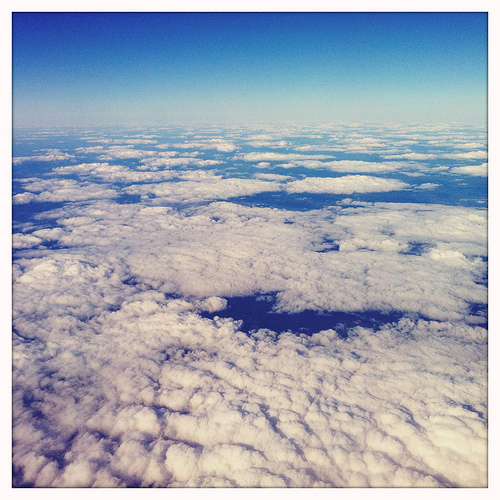 Eight days ago I hopped on a plane headed for New York City. As usual, I procrastinated the packing portion of the program and almost left the house without an adequate amount of panties for the trip. I can see that conversation now: Hey, Christy. Is there a Walgreens nearby? I need to pick up some, um… ibuprofen. You have ibuprofen? That’s kind of you, but I don’t want you to run out of it. You don’t mind? Well, in that case, have you got any extra underwear? Monday morning we attended a breakfast held by the White Ribbon Alliance at the WIE Symposium called Wake Up Call for Women and Newborns of the World, an event hosted by Donna Karan, Sarah Brown (wife of Gordon Brown, former prime minister of the UK, and no, when I met her I didn’t ask her if she listened to Oasis ALTHOUGH I WAS SORELY TEMPTED [“you’re my wonderwall…”]), and Arianna Huffington. I know, right? Thank god I remembered my underwear! All three women talked about the issue of global maternal health, and then we heard from two midwives and an OB representing various challenges they face in their own countries of Bangladesh, Tanzania, and Kenya. Their stories took me right back to that village in Narshingdhi, Bangladesh where we met with pregnant women who face a minimum hour’s ride on the back of a rickshaw if they need medical attention.

Those of us who have access to adequate care and options when it comes to pregnancy and delivery need to remember and remember often that pregnancy in many parts of the world is a potentially fatal condition.

Afterward I joined Christy and four other mothers on a panel about our role as mothers in the fight for social good. Is there something about being a mother that makes us want to be more involved in making the world a better place? And the obvious answer is yes, of course, we’d like the earth to be around when our children are adults, and maybe even a polar bear or two? But the deeper conversation revolved around how we nurture, and as women are we better at it? And can we even ask that question out loud without setting back feminism about forty years? The best thing to come out of the dialogue is the idea that many of us who are mothers do not solely identify as mothers, full stop. We are informed by this experience, yes. We are in many ways fueled by it, but it is okay for us to identify as a multitude of other roles. Just as it is okay for a woman to identify solely as a mother. There is room enough: the conversation again came back to options.

A few hours later Christy and I spoke to an audience gathered at the Social Good Summit at 92nd Street Y about our experiences in Bangladesh and how the two of us connected. I think I may have mentioned that when she reached out to me on Twitter and I showed it to Jon he said, “From now on you can talk about my vasectomy all you want AND I WON’T CARE.” The main point I wanted to make during this specific conversation was the storytelling aspect of what she did with her film and what bloggers do with their websites, and that by connecting the two we can amplify a message tenfold. Yes, bloggers are navel gazers and OH MY GOD, SHE ASKED FOR FREE SHINGLES?!

But I read blogs for the stories, for the connection I feel for the characters, and if we can use our platforms to put a face to an issue, think about the impact this could have on activism. On aid. The potential is phenomenal. From there we gathered for a five-mile sunset run along the Hudson with a few other members of the Every Mother Counts team who are training for the NYC marathon. Let’s just say I need to up my pace a bit, although COME ON. They’ve been training for a few more weeks than I have, so I was proud I didn’t stop at mile two when I saw a hot dog cart. The following two days were a flurry of meetings and more meetings and getting to hear Christy speak and learning everything I could in the process. From there we attended a party for this initiative attended by such a huge number of dignitaries and CEOs and presidents that at the end of the evening when Deepak Chopra introduced 50 Cent I had already fallen off of four different chairs. 50 Cent’s speech was deeply touching (I’m not joking), and he brought the somewhat rowdy audience to a sudden stillness as he talked about the death of his mother, surviving nine gun shot wounds, and how he wants his legacy to be about his success showing him how important it is for him to give back, forget the award shows and the music videos. He made a huge commitment to work with the World Food Programme, and standing there in front of that audience, he said, was one of the biggest honors of his life because he could count himself among those who are trying to make a difference.

I am trying to be able to say the same thing.