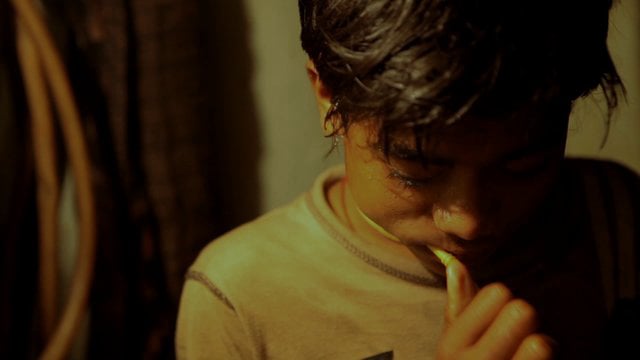 A year ago this week I was in Bangladesh with the maternal health organization Every Mother Counts to visit clinics and observe programs that had been implemented by both private organizations and the government in slums and villages to improve the lives of women. Even though it’s a deeply cliché thing to say or write — and I run the risk of someone rolling their eyes because my privileged white guilt is running amok — it’s true that this trip totally changed my life. I say that, but it’s hard a year later and halfway around the world sometimes to remember the sites and sounds and smells, the children running barefoot in fetid water and women nursing newborn children in rooms less civilized than an abandoned tool shed.

I drop a grumpy kid off at camp, wince because that kink in my neck won’t let me turn my head to the left, and scroll wearily through the errands, responsibilities, phone calls and unpaid bills listed on my daily schedule, halfway around the world from the tiny one room shanty I visited that housed a family of six. A family so humbled by the months and years of living their daily schedule that they would look at mine and simply shrug. When they would have every right to tell me to shut up already.

Just now I found this award winning film about an Indian boy named Amar that follows him through the 20 hours of his daily routine, from delivering newspapers, to working in an electrical shop, to attending school. It’s more than worth 9:41 of your time:

This isn’t a film about a boy in Bangladesh, but the similarities to what I saw there instantly brought back the sensation of the humid, wet air on my skin and in my hair, the mad hustling of so many bodies darting in every imaginable direction, the sound of rickshaws and bikes and cars jammed into an intricate puzzle in the streets. More than anything else it reminded me of getting back to my hotel room at night and coming apart inside, of feeling absolutely shattered as the smell of biryani and daal lingered on my clothes.

Toward the latter half of the film Amar reads aloud in English at school:

It is difficult for us to realize how much safety means. Without safety those higher activities of mankind which make up civilization could not go on. The inventor could not invent; the scientist could not find out; and the artist could not make beautiful things. We have grown so used to them that we do not notice them any more than we notice the air.

This is right after he has taken the time to shine his good shoes.

Documentary filmmaker Andrew Hinton promised Amar that if the film earned any prize money he would split in in half with the boy. Earlier this year he kept that promise.

Sometimes the universe isn’t so subtle and likes to drive a random car through a retaining wall and over your mailbox to get you to prioritize (story for another day). Sometimes it’s merciful and simply leads you to a video on the Internet. Today I’m glad it’s being gentle.