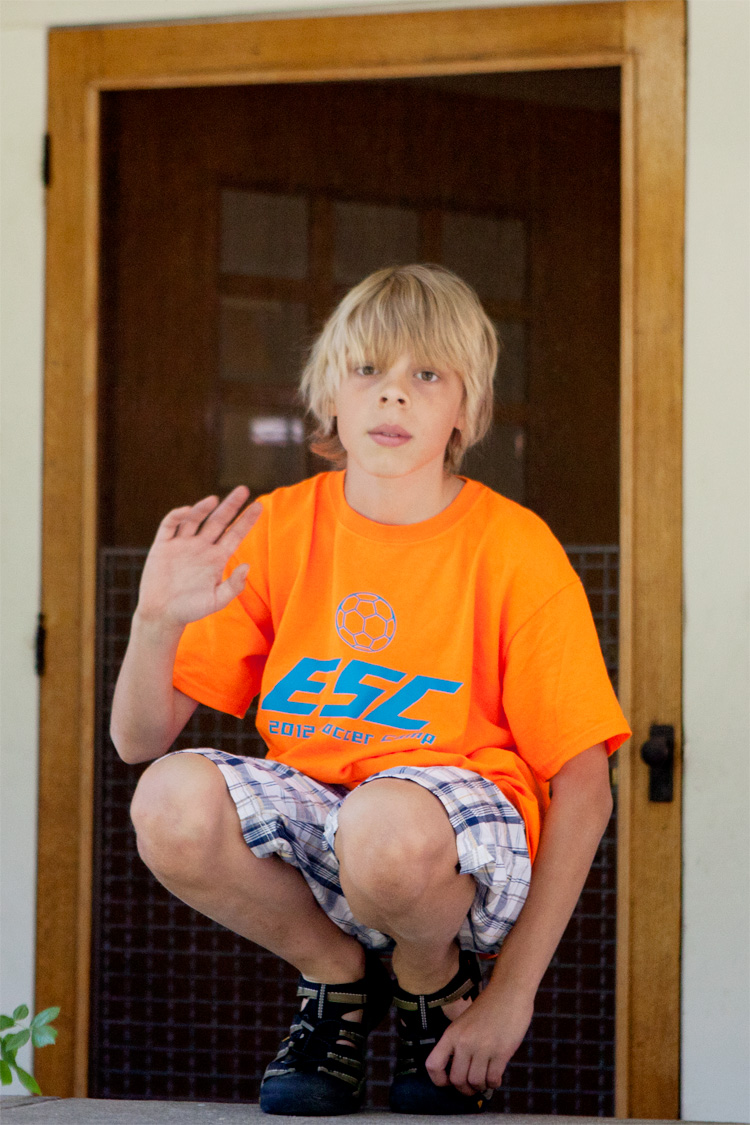 This is Harry, Chris and Carol’s son. Harry is now 12, but I’ve known him since he was four. On the Fourth of July I approached him with my camera and without any provocation he waved at me. Harry is a painfully shy boy who has never said hello to me or even acknowledged my existence. I was speechless. His mother was almost in tears. I am not a religious person, but that was a deeply spiritual experience, witnessing that kind of growth in someone.