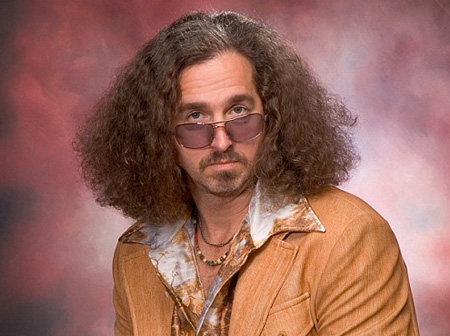 My thoughts go out to everyone in Colorado affected by the horrific events in Aurora last night. You are in my heart and I will hug my children a little longer today to honor your loss. Much love to you.

The following is just a bunch of stuff you’re welcome to browse if you’re looking for some trivial distraction.

– How different can one man look? Hilarious portraits of photographer that are a lesson in bad taste.

– Brilliant: Jepsen’s “Call Me Maybe” mashed up with Gotye’s “Somebody That I Used to Know” by Pomplamoose

– How big is our own solar system? Whoever got to sit down and design this info graphic had a total blast.

– The 24 Weirdest Sleeping Positions For Dogs.

Oasis makes sing-song anthems for addictive personalities who believe in melody and romance, and if there is one quality to all the songs I have needed over the years it is that they start small and grow bigger—keys change, harmonies multiply, choruses explode until you could set off fireworks over the stage. Some people call these power ballads. I like to think of them as torch songs that can play in Shea Stadium.

– The Burning House: What People Would Take if the House Was on Fire: A pictorial meditation on how we construct our identity through objects and material possessions.

I hate when I'm having fun with my kids and there's no one there to see it.

I can finally read mens' minds. It's disappointing. They mostly think about sound effects they'd like their erections to make.

Fool me once, shame on you. Fool me twice, you have boobs.

"Wait, did you say Miller GENUINE Draft? Then by all means!!!"

Can't figure out how to open this Smart Water.

Angry Birds has to be a psycho-social experiment to see what it takes to make a person throw a $400 phone through a wall.