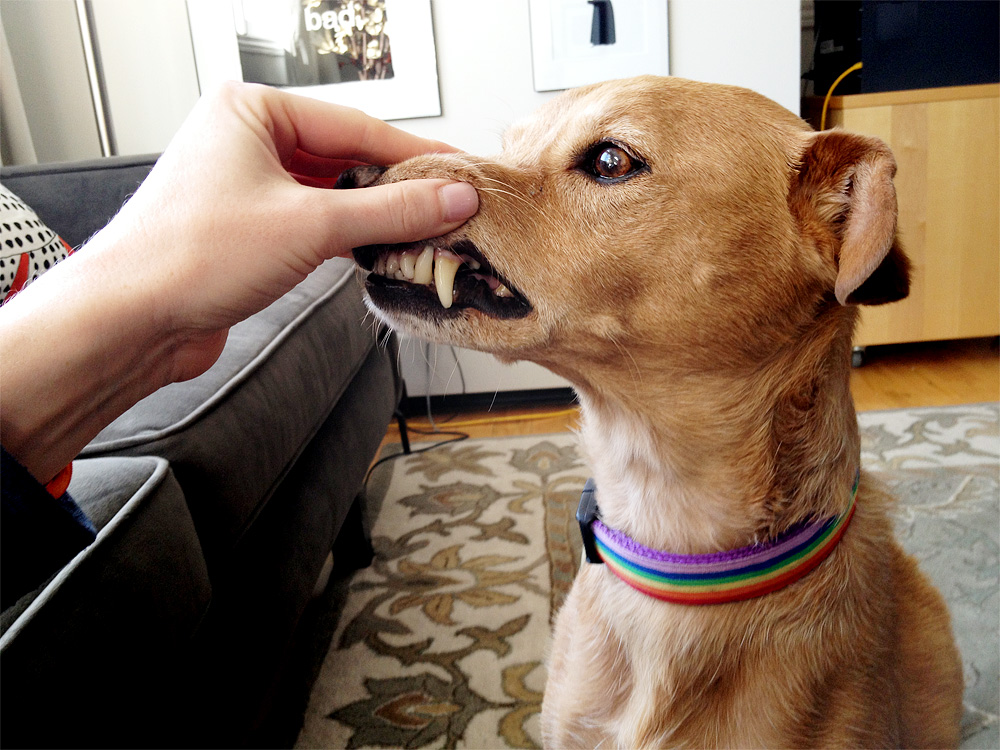 One of the first disciplinary tricks we learned from Chuck’s trainer was a technique he called “Check Teeth.” He was just a few months old and we’d cradle him like a baby, take one hand and rub his ears, eyes and mouth all while saying out loud, “Check ears, check eyes, check teeth.” Preferably in a voice similar to one altered by helium.

We had to do it three or four times a day for several weeks to establish a dominance that was good for his behavior and his health because it got him used to the idea of people touching his face. This way he’d never freak out when a vet got all up in his snout. Or when a three-year-old decided to see just what was up inside his nostrils.