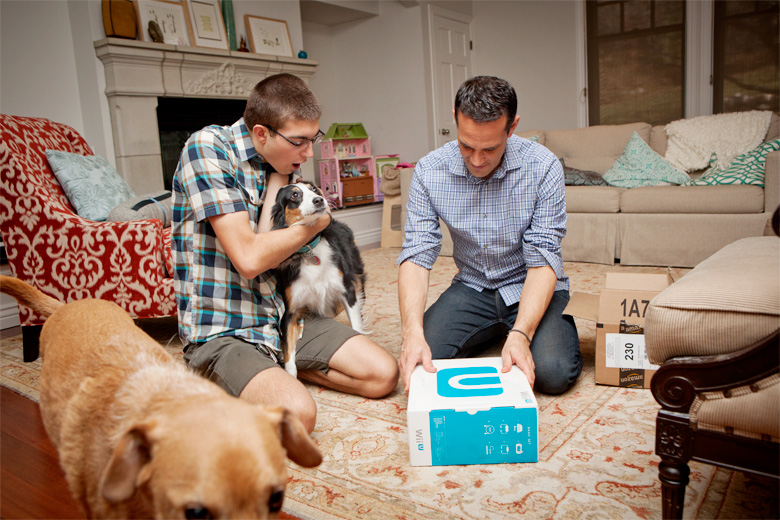 Thank god for meticulous gay men, am I right?

Yeah, that came out of nowhere. Does it need an explanation? I suppose it does if your life is lacking meticulous gay men. And if that is the case I’m sorry, you cannot borrow the ones in mine. They are too busy knocking the high fructose corn syrup out of my children’s hands and replacing it with locally harvested organic graham crackers.

RELATED TANGENT: Leta was getting a box of cereal out of the cabinet for breakfast when she noticed a plastic bag filled with what looked like Cocoa Puffs.

“Mom,” she said, her lip starting to curl. “What are these? These don’t look right.”

I glanced over to see what was happening. “Oh, those. Those are kind of like Cocoa Puffs but they’re organic.”

“UGH,” she said as she shivered. “Is John LaCaze buying food again?”

John LaCaze is my meticulous gay assistant otherwise known as Tyrant. And yes, he had been buying food again.

Late last week I started to panic about the Armstrong Game Night and everything that needs to fall into place to make it happen, starting with Learning How To Set Up A Gaming System. I know, I should just read the instructions, but the thought of all those cords and all the different spots where you’re supposed to connect them made me realize, oh my god! I am the parental equivalent of the black jelly bean! I don’t like to craft, I refuse to go to Disneyland, AND I have to take a nap after unraveling the cord that connects the WiiU to the wall. My kids got the black jelly bean and all their friends are drowning in cream cheese cupcakes.

So Tyrant and Dane took a few minutes out of their afternoon and set the whole thing up for me (when Dane wasn’t being attacked by Coco):

In return I wrapped up that bag of organic cereal and said, “Happy Birthday!”

The guest list includes 23 people: my mom, my stepdad, my father, my stepmom, my sister and her husband and five kids, and my brother and his wife and five kids. That’s eighteen (right? I used my head instead of a calculator so I could be off by about a hundred) plus Tyrant, Dane, Marlo, Leta, and me. And none of us is small. Both Dane and my brother are six-foot-three. My sister’s oldest boy is six-foot-one. My brother’s wife and oldest kid are as tall as I am and I’m five-foot-eleven. And everyone has back problems. See? This is what happens when you interfere with evolution with things like MEDICINE and TECHNOLOGY. You end up with professions called CHIROPRACTIC.

(I initially wrote CHIROPRACTY because I have an Degree in English from Brigham Young University.)

That’s a lot of big people, and we’re going to be playing games here:

There’s space, yes, but this room is a dumping ground for plastic toys and pillows and what’s that? Yeah, that’s a keyboard back there. Just sitting right there. Don’t even get me started on the elevated fireplace that I have wanted to bomb since moving in. You just wait. That photo is going to win me Interior Design Blog of The Year.

Sometime this week I’ll move the chairs around so that the room doesn’t turn into one giant incestuous mosh pit.

(Quick heads up: Federated Media, my ad partners, are hosting a sweepstakes for a chance to win a Wii U™ Deluxe Set and $5,000 to take your family on vacation. You could hit the beach in Florida! Or tour the streets of New York! Or visit scenic Toledo!)

Next bullet point over which to panic: food for all those hundreds of people. Now, I could have asked my meticulous gay assistant to help me out here as well, except you might remember that he once tried to feed me my dead fish. Give him all those Mormons to play a prank on, and they’d likely end up in the hospital with alcohol poisoning. (I JUST HAD AN IDEA: next time he needs to borrow my car to run business errands, I’m going to tell him to get the keys out of my purse and I will have filled it with maxi pads soaked in Gatorade.)

So I called my mom and asked if she could recommend a caterer. She immediately called me “darlin'” and told me to roll up my sleeves. She remembered being over here one Saturday when I was cooking chicken in my slow cooker (because slow cookers can’t explode, right? A gerbil could operate a slow cooker). It’s a recipe I found somewhere online and it feeds me for a week:

She told me to make this chicken and then she’d walk me through some other options. Will you just look at that adorable, themed recipe card? No, I’m not going to print it out, cut it up and glue it to card stock. I learned my lesson: if I am going to craft I will do so electronically. (Feel free to use that mantra in your next rap song, Snoop.)

Next up, something all the kids love (all the kids except Leta who will be eating Fruity Pebbles with no milk):

I’ll have to borrow another slow cooker, but hey. Maybe I’ll forget to return that slow cooker, and look! FREE SLOW COOKER.

The next one is called Rotel Dip but it also goes by “Type 2 Diabetes”:

If I mess that one up the church will finally excommunicate me. Forget about the fact that I had sex with my boyfriend when I was 22, THE WOMAN CANNOT MELT CHEESE. No planet for me!

And finally, one that requires a little more than plugging in a machine that does everything for me:

Some of you are like, cranberry whhhaaaaat? And then you threw up and I’m sorry I ruined your favorite pair of khakis. But I tasted this at Thanksgiving and it was super delicious. Marlo even eats it. You cannot have a party with Mormons and not serve jello, it says so right there in the Book of Moroni.

Yes, I just used a double negative. See: degree mentioned above and the institution that issued it.

Also, a ton of my family members are on that diet where you count points, and my mom wanted me to point out in a very southern accent that this cranberry thing is almost negative points. She wanted me to LIE to you, is what. No such thing as negative points, MOM. At least not until my team is up against yours on Saturday and we check your score OH YES I DID.

My family game night is sponsored by Wii U. How U will play next! Click here for a chance to win a Wii U™ Deluxe Set and $5,000 to take your family on vacation.