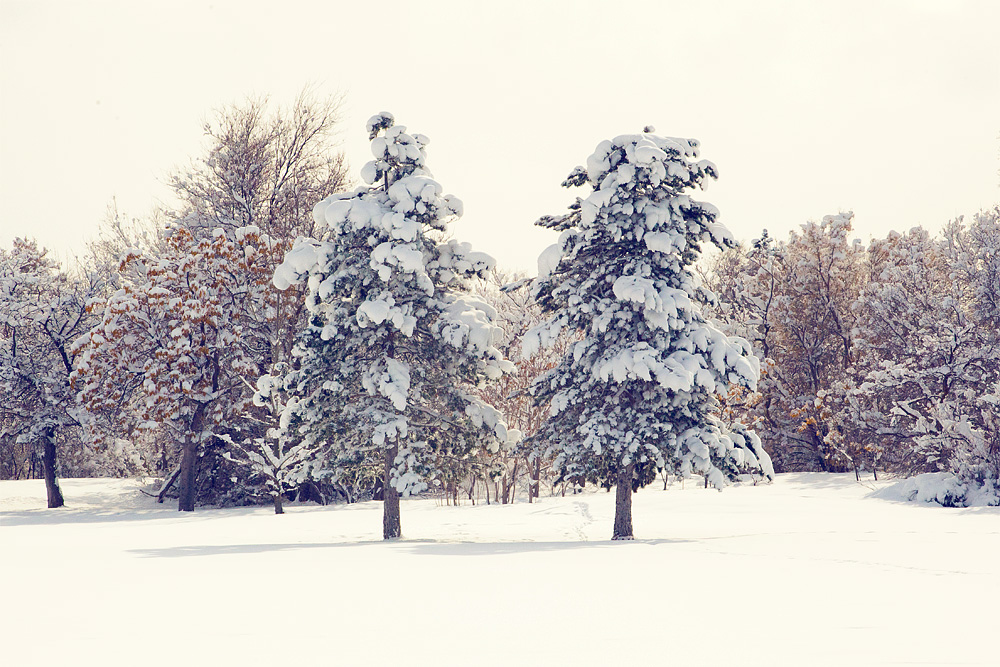 The snowstorm that began Thursday afternoon did not stop until the very early hours of Saturday, and now there is so much snow in the backyard that the pile is taller than the dogs. Coco is crazy enough that she plowed a path for Chuck to follow and there is one spot back there for the both of them to read their iPads while they poop.

They were super stir crazy so I took them to an open field for about 22 minutes total on Saturday afternoon. That’s all I could handle, it was just so damn cold. And so damn beautiful. The untouched snow right after a storm rivals anything you could create with CGI. Note: if you’re ever in Utah and you see trees like that look like these, DO NOT WALK UNDERNEATH THEM. The snow sitting on those limbs is waiting for a person to walk nearby so that it can fall and smack them right in the face. Trust me.