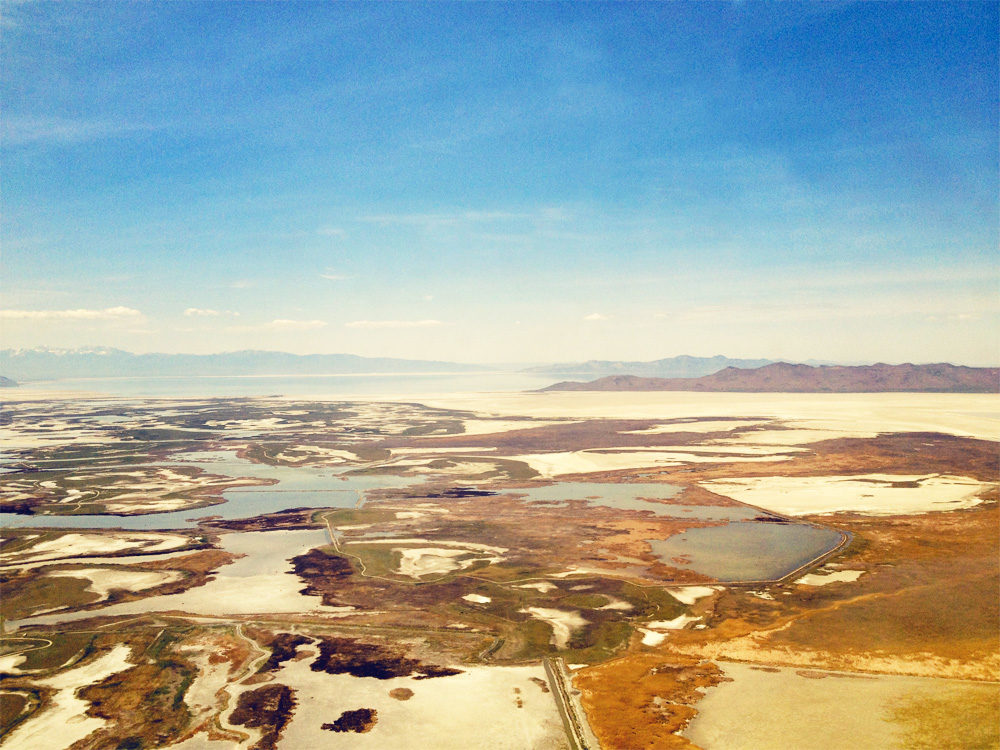 Yesterday afternoon I had a window seat on my flight home from New York and was able to capture the shallow eastern edge of The Great Salt Lake as we landed. There are a few airports I can think of that have distinct views around the landing strips, San Francisco being the most obvious one because I always think the plane is going to land right in the water of San Francisco Bay. In Los Angeles if it isn’t too smoggy you can look out and see the suburban sprawl that goes out beyond the horizon, a bird’s eye view of the gaping scar of humanity. And then there’s Newark that I always associate with that huge IKEA.

In Salt Lake you’ve got this, the Great Salt Lake directly out the window, close enough that you can almost touch it and its crazy geographic formations. And now I always sing this song by Band of Horses in my head when I look out at the landscape:

Email ArticleTwitterFacebookPin It
airplane,Great Salt Lake,Utah
Prev The lair
Next Grandmother and mothers and daughters