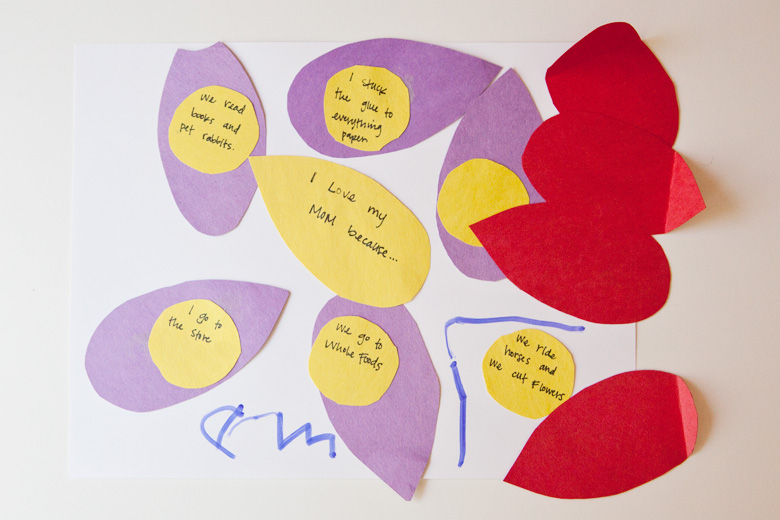 My mother was traveling yesterday so I couldn’t get her a proper Mother’s Day gift or send her flowers or stick my wet finger in her ear, so instead I decided to post a photo of her from 1992 to Instagram:

This is the Avon World Sales Leader I will always imagine when I think of my mother, the flames of glorious hair around her head. She was just taking off in her career with Avon at the time. She never set out to further the cause of feminism, but there she was going, damn it all to hell, I will knock down any barrier in my way to do my job and to do it better than anyone ever has. If she wanted a promotion, she got that promotion. She did it again and again. And she influenced me and every woman who knew her. Sorry, mom. I really hope you’re not having a bad day because I’m just about to make it worse: you and Hilary Clinton have at least one thing in common.

My own children are not at an age to buy me an actual gift to commemorate this day, not that I need or want anything, except, you know, A HOT DOG. But they did make me cards at school that I will cherish dearly because they are so hilariously and wonderfully poignant. Let’s start with Leta’s first card:

Three things in particular stand out to me. One: I’m so happy that she gets my jokes, or at least forgives me for constantly joking with her. Often when Marlo goes to bed after a hectic, tantrum-filled night Leta and I will sit on the couch and wind down by laughing and imitating the sound of Marlo’s voice, the shrill way she screams, “LEEEEE-DAAHHHHH!” when she isn’t getting her way. She thinks it’s hilarious how spot on my interpretation is, and this probably offsets all the times I answer her very serious questions with, “My butt.”

Two: she called me crazy. Do I even need to comment on this? I mean, come on. My Granny Hamilton is doing a slow clap for me from beyond the grave.

Three: she notices my red cheeks from working out. I’ve known that she notices the frequency of my workouts, a facet of my lifestyle that I hope influences her to make similar healthy decisions going forward, but here’s literary proof that she’s taking notes. Or maybe she’s embarrassed that I always look like I’ve just finished a workout. She told me last week that one of her friends thinks that I look tired all the time. I said, well damn straight I am! It’s a chronic condition known as Marlo.

Physical activity has only interested Leta in the last few years, and it’s not something that I’ve ever tried to force with her because of her early gross motor delays. But yesterday at the park when she was having trouble showing me a move she learned from a friend on the pull-up bar, I felt like the stereotypical dad you see in car commercials with dreams of teaching his kid how to throw a baseball. Because I physically got to show her how to run up, use her momentum and throw her body backwards in the air, a trick me and my friends always did on the playground at her age.

She was so proud of herself and only a little embarrassed when I asked her to high five me with both hands.

“But people are watching,” she said.

“People just watched you and me run and do a backflip off of that bar. High fiving me is more embarrassing?”

She looked at me like, how is that even a question? This didn’t surprise me, though. Even though she sings along to the music I play in the car on the way to school, she will beg me to turn it down before she opens the door to get out. Because “loud music sounds crazy.” AGAIN WITH THE CRAZY. I’m taking suggestions for the song I play on the last day of school, all the windows down, the sunroof open, the stereo turned as loud as it will go. Perhaps something by Megadeth. Or the Mormon Tabernacle Choir.

And then there was this wonderful card that she made on the computer, a word association picture:

My thoughts about a few of these:

– Blogger! Haha! Oh my god, that word did not even exist when I was her age, and NOW IT IS MY JOB. When friends of her ask her what her mom does she has to say, “She exploits my childhood for cash.”

– Antiques? The? Wha? Maybe this her kind way of saying, “Bitch is OLD.”

– New York. Last week when we were talking about my upcoming trip she held up her hand and said, “Don’t tell me. You’re going to New York again. I know these things.” You guys, I think I’m going to have her read my palms.

And now for the card Marlo made at school:

Okay, so. Yes. We go to Whole Foods. This is true. It’s a ritual she and I share after we drop Leta off at piano lessons on Thursday nights. We head to Whole Foods to say hello to Dane who is usually working as a cashier, and then we grab some food from their dining area. As we leave she will randomly grab things off of the shelves and then set them elsewhere, so this is my written apology to Dane and his coworkers for finding bars of organic soap stacked on top of the bananas.

The other truths: we cut flowers and read books and go to the store. And I’m assuming she really “stuck the glue to everything paper.”

And then there is the the total nonsense, pathological liar Marlo: we ride horses? We pet rabbits? I don’t think she’s ever even seen a rabbit. Why not stick “we wrote the motherfucking Declaration of Independence” in there?