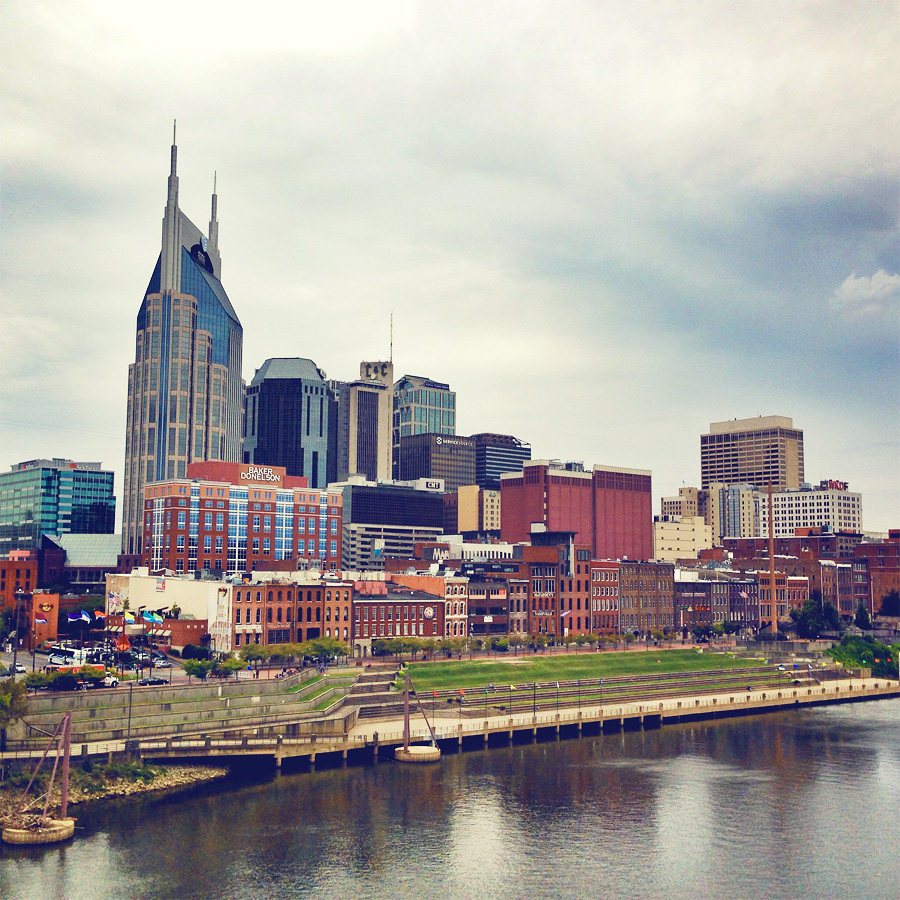 I returned late last night from a wedding held in Nashville, Tennessee, one that stretched over a few days when the city was also hosting a few other very well-attended events. Because everyone was staying downtown we were all caught up in the massive sea of people walking the streets and looking for food and drink. It was nothing short of insane. Friday night while attempting to leave a crowded, rowdy bar some strange man petted my hair with a sticky beer-soaked hand, and I thought, that’s it. I’ve had enough of people. For forever.

This is a view of downtown Nashville from the Shelby Street Bridge, one of the longest pedestrian bridges in the world. I wish I’d had the time and the transportation to get outside of downtown into the surrounding areas, especially since I haven’t been back to Tennessee in over 10 years. However, I was exposed to enough of the accent that my own has resurfaced and now everything that comes out of my mouth sounds like “ding dang daw dang dang dang daw dang dang daw daw.”

I’m catching up as fast as I can. Stay tuned.