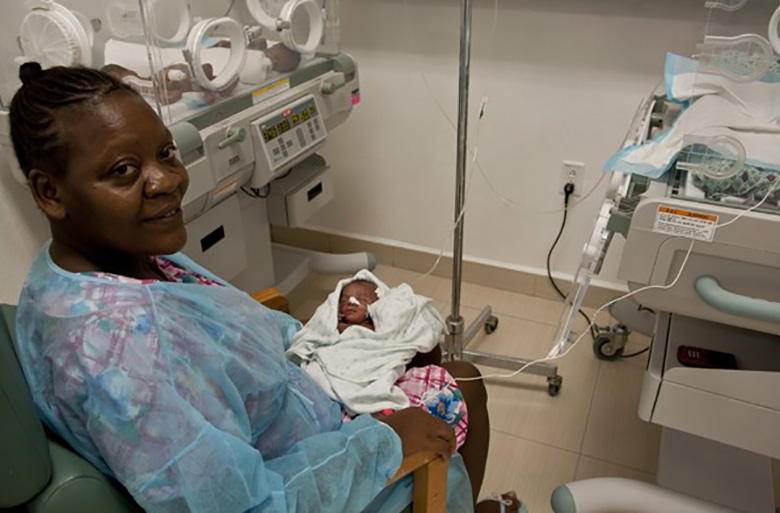 Tomorrow morning I fly to New York and from there I’m joining a group brought together by Every Mother Counts to visit Haiti. This will be my first time visiting that country, and we are attending the graduation of several midwives who have been studying at a new teaching hospital in the Central Plateau, Hôpital Universitaire de Mirebalais. Why Haiti? About 75% of mothers there give birth at home without a skilled birth attendant or access to emergency obstetric care. Haiti suffers the worst maternal and infant mortality rates in the Western Hemisphere.

When I joined the board of EMC last spring, and even earlier when I visited Bangladesh with them in 2011 I was asked several times what good “awareness” does to solve actual problems. There are arguments to be made on both sides of that question, but here awareness has been turned into action in a very specific way: funding. Money going to education where that education will undoubtedly save lives.

EMC has joined with Partners in Health through its central Haitian branch Zanmi Lasanti (PIH/ZL) to fund a two-year midwifery program at Hôpital Universitaire de Mirebalais. These trainees will have the skills to identify high-risk births, manage labor and delivery, and handle complications and obstetric and neonatal emergencies. This program also includes a community outreach component that will educate traditional birth attendants in the Mirebalais area to increase their knowledge of midwifery basics and ability to recognize high-risk pregnancies. This program is giving women in this area some much needed hope.

This is just one instance of the amazing work going on at this hospital:

Ronith Desperot was six months pregnant and worried. Ronith, 31, lives in Port-au-Prince. In nine years of marriage, she had been pregnant five times yet had no surviving children.

Deciding to seek health care far from home wasn’t easy. But on July 22, she left Port-au-Prince and traveled with her sister Wideline to Mirebalais, a city in the Central Plateau about two hours from the capital. She had heard there was a new hospital there, Hôpital Universitaire de Mirebalais (University Hospital), operated by Partners In Health in collaboration with the Haitian Ministry of Health.

I’ll be returning late next week with several memory cards worth of photos. In the meantime I’m featuring a few guest posts and will try to update twitter and Instagram when I can get service. See you then.