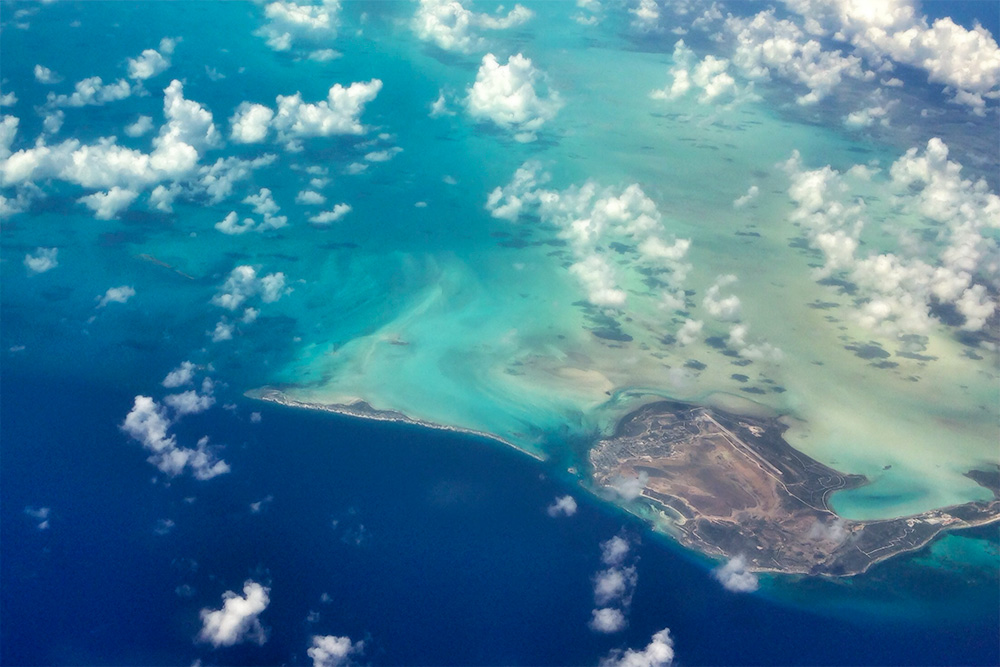 I was sitting in the window seat on the plane from NYC to Haiti a few weeks ago and had the shade drawn for most of the flight so that I could work in some much needed reading. By total coincidence I happened to glance out the window just as we were flying over some Caribbean island, and I fired off this shot. I was sitting next to Erin Thornton, Executive Director of Every Mother Counts, and asked her if she had any idea where we were. She shrugged, and then we broke out the in-flight magazine and flipped to the map toward the back of it. We guessed maybe The Bahamas or Turks and Caicos. I am only now just getting around to processing all the photos I took while on that trip and through some sleuthing on Google Maps realized that we were at that very moment flying right by the South Caicos Airport.

If I had to pick the gadgets that I love most about living in the future that is now, Google Maps would be very near the top of the list.