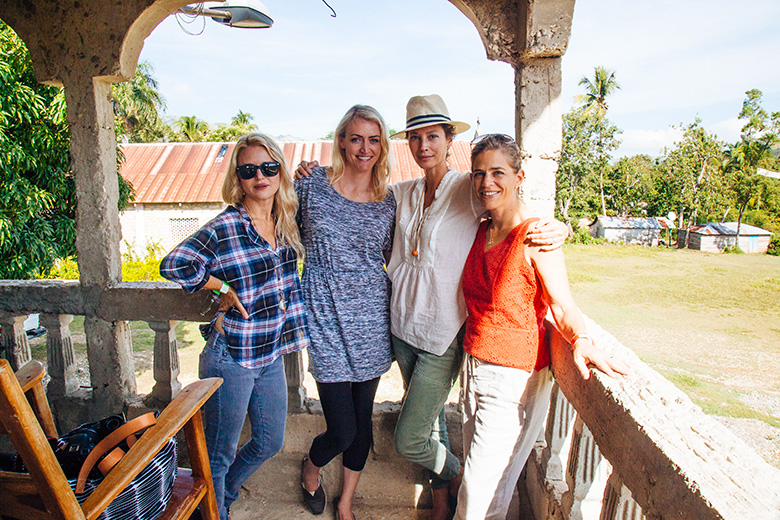 On March 1st I am joining a team of friends and supporters of Every Mother Counts to run the Kilimanjaro Half Marathon in Tanzania in commemoration of the five-year anniversary of that organization. While there we will be visiting some of the programs supported by EMC with dollars some of you here have so graciously donated:

Tanzania has special significance to Every Mother Counts. In June of 2009, a small film crew traveled to Tanzania from New York during the making of NO WOMAN, NO CRY. The film crew set out to document some of the barriers that millions of girls and women living in Sub-Saharan Africa face when they’re in need of critical maternal healthcare. We learned that for women living in countries like Tanzania, especially in rural areas, distance was an enormous barrier for mothers who needed healthcare of any kind. In fact, the minimum distance a pregnant woman had to travel was 5 K for prenatal care. An average distance to reach emergency obstetric care was 35 K, and oftentimes much more.

We run to symbolize that distance is one of the greatest barriers in maternal health.

I know that some of you are scratching your heads and wondering why I would ever strap on a pair of running shoes when in 2011 I injured almost every part of my body while training for and then miraculously completing the ING NYC marathon (part one, part two, part three). That’s a very good question, and the best answer that I can come up with is that I am perfectly insane.

This is just a half marathon, and I have already been training for almost two months. I’ve approached the preparation for this race much differently than I did when I only had two months to get ready for 26.2 miles of pavement that punished my every step.

But there is something so much more important at play here, and that is the meaning this issue has for me: supporting and creating better options for women around the world. I feel that because I have the opportunity to raise awareness and work with an organization that has mobilized around this cause that I have the duty to do so.

I still get a lot of email from women who say that Marlo’s birth story inspired them to research and learn about their options, and that has been one of the most rewarding highlights of the almost fourteen years I’ve been writing this website (part one, part two, part three). I wrote that story not to preach about what is and what isn’t the right way of giving birth. I wrote it to encourage all of us to embrace our power and intuition, for ourselves and on behalf of those women whose options are so limited.

When I trained for the marathon in 2011 I veered from my normal diet when carb-loading and felt physically terrible while doing so. Once I knew that I’d be training for this half marathon in Tanzania I contacted one of my favorite food brands and asked if they’d sponsor my training. LÄRABAR has very graciously offered to donate $5000 to Every Mother Counts on my behalf for this race and has supplied me with a ton of Paleo-friendly food to fuel me on my runs. It’s been such a different experience this time around which means that maybe I do learn from my mistakes HOW GROSS.

I’d love it if you’d lend your support to this organization and what they are trying to bring to women around the world. I’m raising funds over at Crowdwise with other team members, funds that will support programs in places where women are in such desperate need. Any support no matter how big or small is so significant: “Together, with your help and our miles, we can make pregnancy and childbirth safe for every mother.”