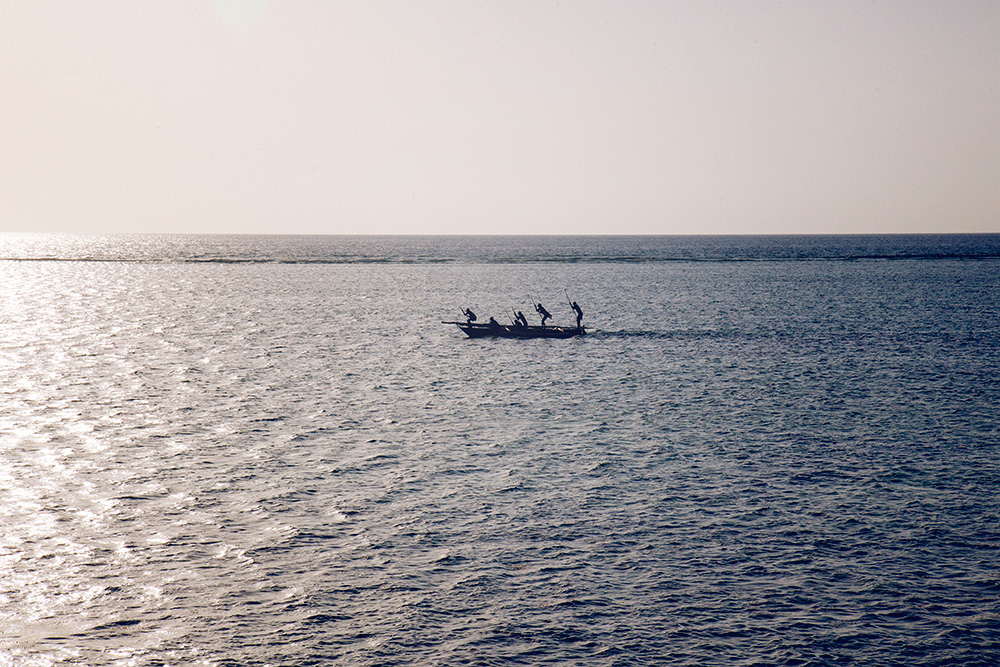 A few people who have been to Zanzibar and found out that I’d be staying on its eastern coast recommended that I make the effort to get up early enough to catch the sun rising over the Indian Ocean. But by that point in the trip I was so exhausted from the nonstop schedule that I indulged a bit and missed it both mornings. However, I did get up early enough to catch the scores of early morning fishermen poling out past the reef to start their day of work, their simple wooden boats moving as fast as anything with a motor. No, it wasn’t the sunrise but something as equally riveting to these somewhat sheltered eyes.