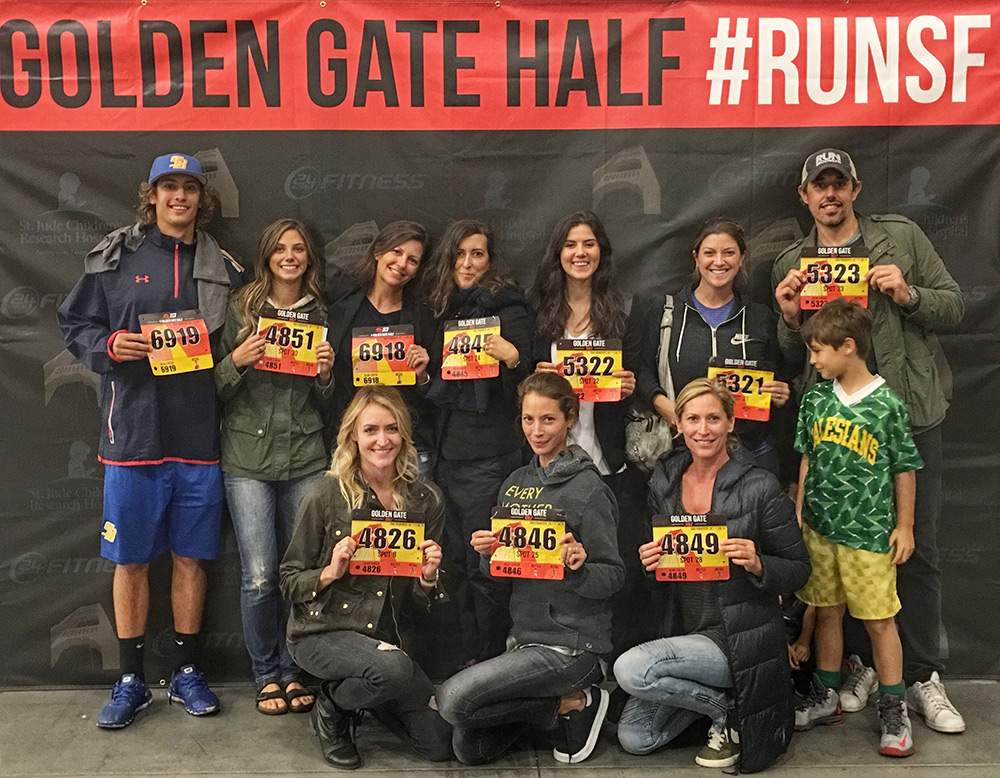 On Sunday I ran the Golden Gate Half Marathon with a team raising money and awareness for Every Mother Counts. The photo above represents just a portion of the group who assembled for this race and cause (those of us who happened to be at the expo to grab our bibs at the same time). Weather reports vacillated all weekend, and after fretting about a potential downpour I finally decided to give up whatever control I thought I had on things and fall back on everything I’ve learned about my body over the last few years when it comes to running. The other things I’ve learned about my body? We’ll save that for another post that I’ll warn my father not to read.

I have a lot more to say about this and have had every intention of publishing what I’ve written about the half marathon I ran in Tanzania back in March, but… it’s not there yet. I have such little time to write anymore (I’m sneaking this tiny hello in after two sleepless nights with a sick Marlo, several deadlines, and one of the busiest weeks of Leta’s year).

I’m stealing this ten minutes because I’m still so close to what I felt on Sunday during that race. I had a plan, one I’d mapped out over the last month, and I stuck to it the whole time despite several unexpected hills so steep that I thought I was back in Tanzania on that unforgiving terrain. I felt great the entire way, hit some aching thighs and hamstrings at about mile 11 (this is to be expected since I was only able to train to 11 miles) but finished strong and energetic and … happy? Yes. Jubilant, in fact. All bones in their proper places. No mauled bystanders.

And then I found out a day later that I broke my personal record by 6:25 (!!!!!!!) by running it in 2:00:54. I knew I had come close to beating my PR, but I did not know that I had beaten it by that much, and fuck. I’m still on a high about that and the work I put into it especially during the last few weeks, despite not having slept these last two days.

I am so privileged to have the opportunity to work with people like EMC while simultaneously working on myself, I know this. Running is an indulgence of my time and energy and attention, especially improving my ability to run. I don’t ever take this for granted.

Now, off to order my personalized print.