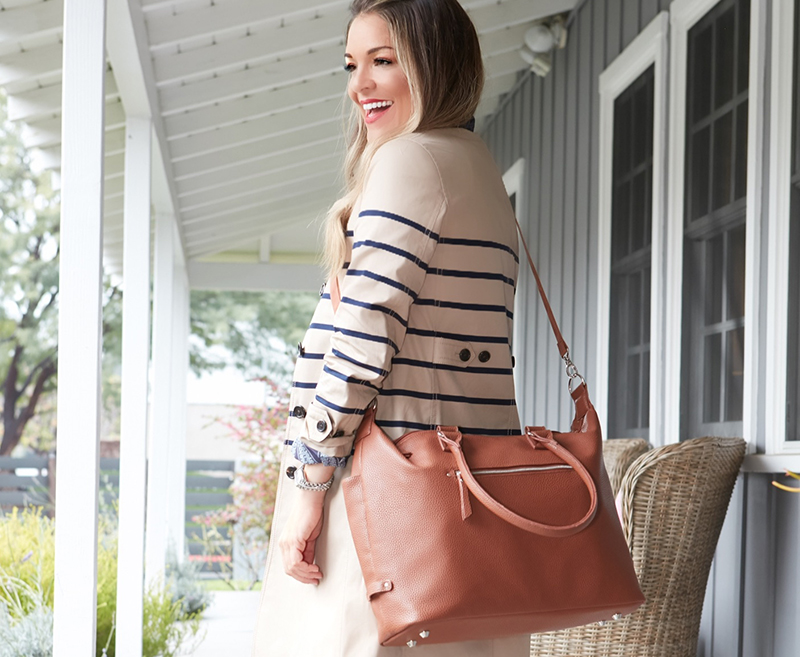 Back in 2010 I signed a year-long contract with HGTV to write and curate content for their website. They had floated the idea of filming a pilot for a television series, but I happened to sign at a time when the network was enduring the death of an entire season of new shows. Much more famous faces than my own were tanking in the ratings, and here I was making patently terrifying iPhone videos celebrating a flesh-eating disease.

How else are you supposed to celebrate a flesh-eating disease? Can someone point me to the right Pinterest board?

It wasn’t the first time I experienced relief that I would not be starring in a reality television show. Two years earlier I filmed a pilot for Lifetime.

I didn’t ever tell you about that, did I? It’s not because I don’t love you. I love you a lot. I love you bunches. I didn’t tell you because the whole thing was scripted and flat and wholesome—nary a “fuck” or reference to “taking it up the pooper” to be found. And still, Lifetime came back and said, “My heavens, no! She’s too edgy.”

I’m probably going to make someone over there very upset, but seriously. Whoever saw that pilot and thought it was too edgy is someone who has never dared touch their own vagina. And that person would probably benefit greatly from one or two up the pooper.

I dodged that fucken bullet.

During my time with HGTV, however, I got to meet a ton of incredible people including David Bromstad, Genevieve Gorder, Candace Olson, John Gidding, and Sabrina Soto.

Also, I took a ton of headshots for that contract when I had just pulled a Felicity Season Two with my hair. Remember this dooce?

I have a whole post dedicated to this topic because Leta and I just watched Felicity cut her hair off, and I had the most involuntary, visceral reaction to it. Even though I had seen that episode at least three times before. Some things clicked for me. Some themes, if you will. I have a lot to say about hair, apparently.

Sabrina Soto and I hung out a few times that year—a couple of times in NYC and once in Denver—and she’s a lot like my mother in that she makes you feel like you’re the most important person in the world when she’s talking to you. And that makes her absolutely mesmerizing. She’s kind and gracious, stunning to behold in person, and she always created an atmosphere in which it felt like we’d known each other all our lives.

My contract with HGTV ended at the beginning of 2011, but over a year later when I was going through one of the roughest patches of my separation and divorce—the patch were local and national news outlets were dissecting the dissolution of my marriage, and I got to read comment sections full of people gleefully celebrating my pain and “failure”—Sabrina reached out to me. I opened my inbox one day in the middle of all that to find a message from her, one sharing her own experience with the loss of a relationship and what that had done to her life. She wanted to assure me as someone who had made it to the other side that I would, too.

And that brought me so much comfort. She let me know that anyone going through that kind of upheaval is going to fall apart and cry for days on end—possibly months or years—and feel like a total wreck. You’re going to wonder if you’re losing your mind and believe people when they tell you that you are. Even if you’re an exquisite, seemingly flawless host of your own television show. I once said this about Soledad O’Brien and I’d say it about Sabrina: no way in the world does that woman take shits. Not a possibility. There’s no better way to sum up the other-worldliness of this kind of person.

Knowing that Sabrina had survived the same kind of disfiguring pain that I was going through gave me some hope when I really needed hope.

About a month ago I got a message from a PR rep that wasn’t even addressed to me; I was BCC’ed along with who knows how many other bloggers and influencers, probably several dozen if not hundreds. That’s how a lot of these things work: PR companies send mass emails about new products hoping that some of us will be interested in promoting it. Most of the time they want us to promote things for free or in return for the product itself. The problem with this—and this is what so many PR people butt up against when doing their jobs—is that a baby stroller or a duvet cover or tickets to a new movie don’t pay the bills. And many of us have invested several years of our lives building this thing that supports us, this platform and the trust our audience has placed in our character.

I usually delete these emails—I get hundreds of them a day—but I saw Sabrina’s photo and it immediately threw me back to 2012 when I saw her name out of nowhere in my inbox. She’s just released a line of stylish diaper bags that look like a high-end leather carry-all more than the traditional, clunky duffle that I carried all those years ago when I was a new mother.

You mommy bloggers these days and all your newfangled gear!

Back when I was mommy blogging we didn’t have any of this stylish shit y’all have got going on. We only had maternity pants that made us look like an aggressive, waddling duck who just swallowed Steve Bannon. We waddled and we liked it!

So I wrote the PR person back and said, “Hi. My name is Heather, and I’d like to return a favor.”

This post is not sponsored. I’m not even keeping the product for myself. I genuinely think Sabrina is one of the most generous people I’ve been lucky enough to meet through this website, and I’m sure many of you out there are still in that stage of life when a stylish diaper bag might come in handy. So I asked if they’d give me three bags to give away to my readers. I can’t think of a more appropriate way to say thank you to her and to you at the same time. The fact that Mother’s Day is less than a month away makes the timing all the more perfect.

Important to note: you can find these bags at Target and Nordstrom and Amazon if you’re not interested in waiting on the results of a giveaway.

I have one bag in each color: black, taupe, and cognac.

No requirement to enter this giveaway other than leaving a comment below using a valid email address. I’m shipping the bags myself, so this isn’t necessarily constrained to those of you living within the states. And you don’t even have to leave a comment about why you need the bag, but seriously? Don’t be a douche and leave a comment unless you really need the bag or know someone who does. If you do that, I hope you have to endure several ill-timed nipple twists on behalf of every mother out there who has to pack a giant diaper bag just to leave the house for 10 minutes.

You can comment as many times as you like. I will close comments on Sunday night April 23rd at 9PM EST and then choose three random winners from those comments whom I will contact via email. Once I have determined that those winners are not spambots, I will update this post with the identification of their choosing.

Thank you, Sabrina. You’ve been an inspiration and a friend. And isn’t motherhood just fucken nuts? I’m not biased at all when I say baby girls are the best.