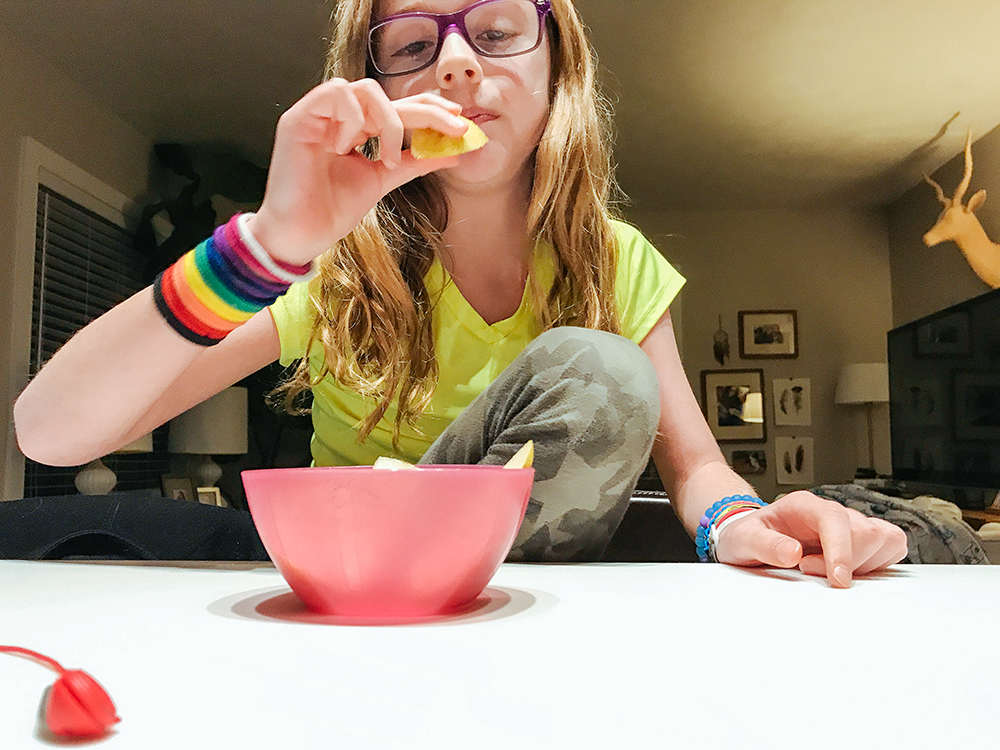 I was thinking back over the last couple of weeks and suddenly remembered, oh my god, Christmas happened! And I survived it! Like one survives forced repeated viewings of The Revenant. Don’t get me wrong, we had a wonderful, relaxing day and woke up to about eight inches of snow on the ground, but fuck if it wasn’t an uphill journey through a labyrinthine hell to get there, almost as bad as being manipulated into feeling sorry for a white dude who wrestles a bear and then spends the next four hours of the movie chewing off each of his own fingers. That’s the plot of that movie, I swear. And in the end he gets a promotion for being completely mediocre.

I woke up the day after Christmas physically sore from the mental and physical gymnastics of getting everything ready for my girls with about four minutes to spare. And that seems like it happened years ago. Like, that happened! It’s like thinking back to the night I had sex for the first time, which was years ago, but the same sentiment applies: god that was awful, and I’d really never like to have to do that again, please. Luckily, I didn’t ever have to have sex for the first time again.

In the end it was a success—Christmas, not having sex for the first time. That fell a hair short of being a success. I’d call it a “technical experiment that produced pedestrian results”. God, I hope he’s reading this. Anyway, when I think back on the whole of 2017 I feel the same way, that in the end I got through it. I could call it a success based solely on the fact that it wasn’t 2016, the year I fought a bear in the woods, gutted it, and then crawled inside its carcass to cry.

But I experienced a lot of joy in 2017, and I know that’s not a sensitive thing to express given that the last twelve months have seen events that have brought us to the brink of extinction. I was very privileged that my girls and I were not affected by a fire or a flood or a hurricane or a mass shooting or a policy change that would strip us of our basic human rights, to name just a smattering of what made 2017 such a shit show. I was worried we might lose our healthcare and then further worried that when premiums increased we’d be unable to afford it. But in the end I was able to find a plan that will protect me from going bankrupt should I ever be in a Starbucks and suddenly pass out. Shout out to the cohost of my podcast, John R. Bray, who recently got the bill for his ambulance ride to the hospital and a super comfy overnight stay that included not one but FOUR saltine crackers. You think your student loans are bad? Pass out in a Starbucks. Then you’ll learn bad.

At the beginning of last year I begrudgingly crawled out of that bear carcass, and with the help of my psychiatrist and ongoing support of my mother and stepfather began to put my life back together. The girls and I moved into a new, far more reasonable and comfortable home and settled into a rhythm that has brought us even closer together. I traveled to Montenegro, a part of the world I’ve never seen, visited family in Austin, made new friends in Aspen, hung out with old friends in NYC, and then spent three of the most fabulous weeks of my life in the most beautiful city in the world. And I am only writing all of this out because I am so thankful for these people and these places. If my time inside that bear carcass taught me anything, it’s this: life is fleeting. Also, cellular service inside a dead animal is spotty.

It also forced me to realize that while some people can throw themselves into the nourishment of their children in equal measure to the amount that they devote to their careers, I was slowly killing myself trying to do so, especially since I do this alone.

I am not one of those some people. And I am not afraid to admit that. Especially since I do this alone.

In order to get better I had to make a choice. I chose nightly episodes of “Felicity” and “Gilmore Girls” with Leta’s head in my lap over chasing Platinum Medallion status in airports across the country. I chose piano practice and dance lessons and driving them both to therapy over elaborate plans to expand and grow my business into something I ultimately don’t want. I chose putting Marlo to bed every night and singing the same four songs that I have sung to her since she was born. Life is fleeting. Their childhood is fleeting. I will always do what I have to do to provide for the roof over our heads, but nothing has brought me more joy than channeling the fullness of myself into the happiness and health of my girls.

The weight of keeping this ship afloat and maintaining its mechanics is at times harrowing. But I do it. I am their rock. I am their home.

We have our health (and shitty healthcare plan). We have our home. We have friends and family and a dog who will not stop barking and guarding the front door. We have our magical car ride to school every morning and our lip syncing dance parties in the kitchen during and after dinner. We have our many, many, many hair band bracelets arranged perfectly to match the rainbow. And we have each other.

In 2017 I got affirmation after affirmation that I had made the right choice. And that is the joy of which I speak.