the smell of my desperation has become a stench 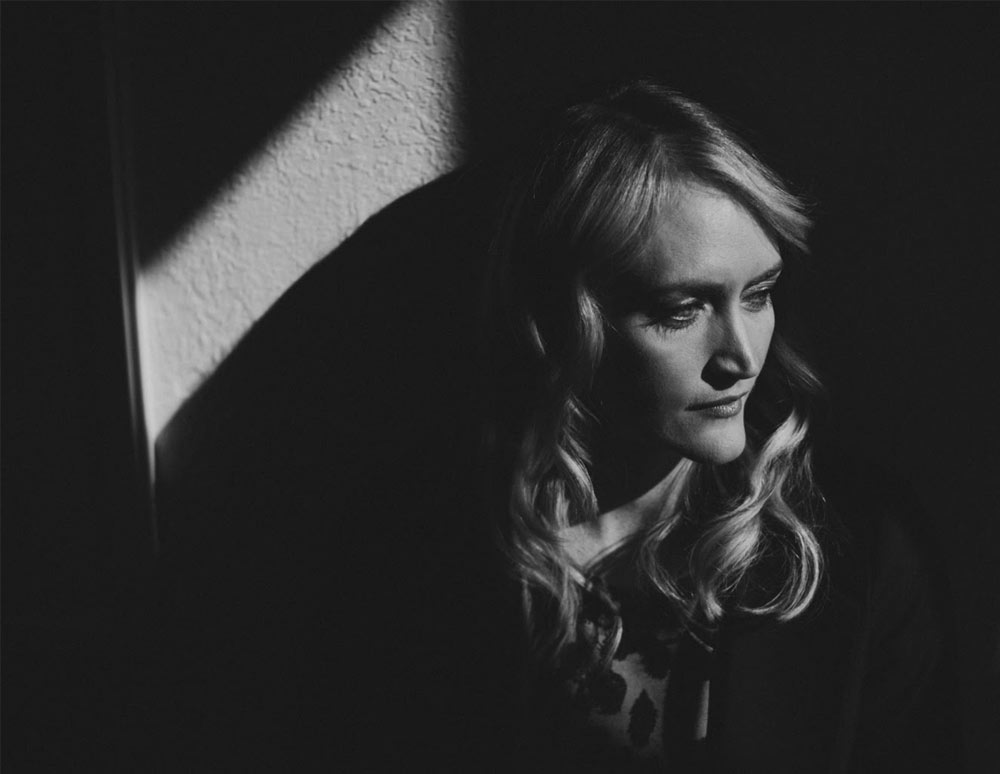 My name is Heather B. Armstrong

(Some of you may remember me as Heather B. Hamilton.) 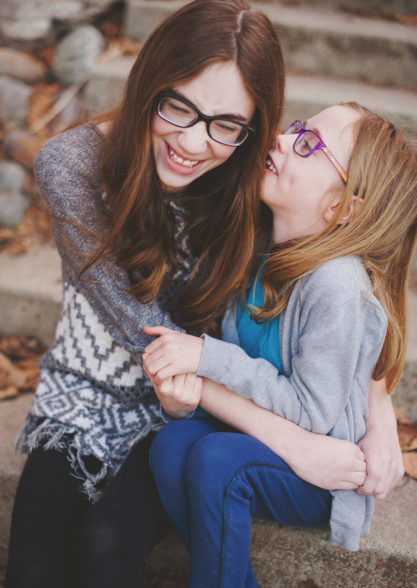 Yes, somehow this foul-mouthed savage ended up in flyover country, the reddest of red states, and I’m raising my girls without religion or care for their moral welfare. They are turning out okay and happen to believe in inclusivity, intersectionality, animal welfare, civil rights and free access to healthcare, among other trivial things. Both can play piano, but neither can make mama a hot dog.

What exactly is a

It’s a typo. But if I had to fill out a questionnaire about my hobbies it would probably look like this: I love dancing in the kitchen with my daughters, bourbon on the rocks, chips and salsa, Britpop, and television that excels at being really awful. 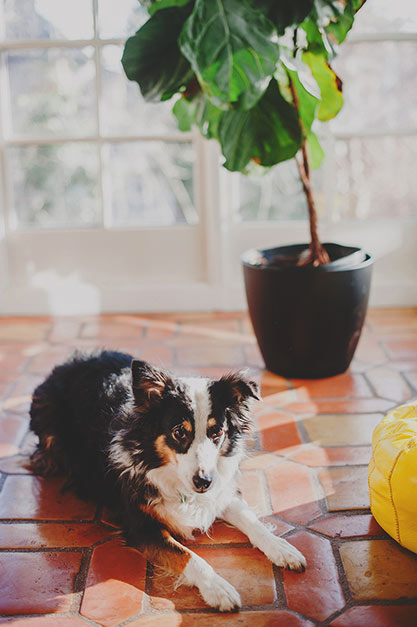 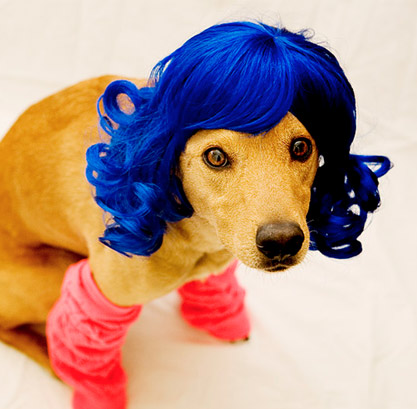 You didn’t think I’d forget about my baby boy on this about page, did you? dooce is practically synonymous with That Mutt Who Could Balance A Microwave On His Head. This website will always celebrate his legacy, the way he’d greet you at the door with a smile and a wag of his tail only to turn around, mope into a dark corner of the basement, and brood to an endless loop of The Cure.

The chaos in my house is unreal.

Most of this text here is the original bio I wrote about a decade ago after a redesign of this blog. It’s good enough to keep around, although I’ve changed a few bits here and there because of circumstances and perspective. Let’s be honest. I got divorced. I have primary custody of my two girls. I parent alone full time and work full time. You bet your ass I will emphasize that part because shit got different. It got real and hard and better than I ever imagined it could be.

I am what is known as a professional blogger. Some people call me a blopper, others call me a blooger, doesn’t matter because it all sounds like an unfortunate, disfiguring disease. What do I do? Why, I just sit in my pajamas all day long writing about my feelings! At least, that’s what my lawyer thinks I do, and I don’t think he cares as long as I pay his ridiculous hourly fee.

Before I tell you about professional blogging, let me tell you a little bit about myself. First, I was born and raised in a small suburb of Memphis, Tennessee called Bartlett. I spent my childhood riding in the beds of pick-up trucks throwing rocks at people’s mailboxes, and on more than one occasion my mother took me with her to toilet paper the house of her co-worker. I eventually graduated valedictorian in high school in 1993, and not once in my professional career has anyone ever cared about that accomplishment. Had I known that I might have relaxed a little bit and not cried that one time I got an A minus on a Physics exam.

My parents raised me Mormon. Yes, Mormon in Tennessee. Meaning local Baptist churches routinely told my friends that I was a member of a cult. Add that to my waist-length frizzy hair and the fact that I weighed 80 pounds soaking wet, and no wonder when I look back on my high school years I have to physically prevent myself from crapping my pants.

I grew up believing that the Mormon Church was the only true Church on earth and went on to attend BYU from 1993-1997 where I graduated with a degree in English. I firmly believe that BYU is the most horrible place on Earth, worse even than Disneyland, and the list of reasons is much too long to get into here, although my time spent there taught me more about foreplay than any porn could. I left the Church the day that I graduated, and the one skill I learned in college that serves me well now is not how to solve differential equations or how to write a paper deconstructing The Love Song of J. Alfred Prufrock, it’s how to distrust organized religion. I am no longer a practicing Mormon or someone who believes that Rush Limbaugh speaks to God. My family is understandably disappointed.

I still couldn’t bring myself to have a cup of coffee for another two years.

After teaching myself HTML, I moved to Los Angeles, California where I worked as a web designer for drug-addicted executives and discovered what life was like as a recovering Mormon. Meaning life was filled with PowerPoint templates and lethal amounts of tequila. I dated several actors and met a handful of celebrities. Everything you’ve ever heard about Los Angeles is absolutely true, especially the parts about traffic and actors: they really are that bad.

It was during my stay in Los Angeles that I started this website as a hobby. In February 2001, I launched dooce.com as a place to write about pop culture, music, and my life as a single woman. I never expected more than a couple of dozen people to read it. A year later I was fired from my job for this website because I had written stories that included people in my workplace. My advice to you is BE YE NOT SO STUPID. Never write about work on the internet unless your boss knows and sanctions the fact that YOU ARE WRITING ABOUT WORK ON THE INTERNET. If you are the boss, however, you should be aware that when you order Prada online and then talk about it out loud that you are making it very hard for those around you to take you seriously.

This website chronicles my life from a time when I was single and making a lot of money as a web designer in Los Angeles, to when I was dating the man who would become my husband, to when I lost my job and lived life as an unemployed drunk, to when I married my husband and moved to my mother’s basement in Utah, to when I became pregnant, to when I threw up and became unbearably swollen during the pregnancy, to the birth, to the aftermath, to the postpartum depression that landed me in a psychiatric hospital.

I’m better now. In fact, five years after checking myself into a hospital I decided to have another baby, and things turned out so much better.

In October 2005 I began running enough ads on this website that my husband was able to quit his office job. That’s when dooce.com became my full-time job.

Which brings us back to professional blogging. Yes, there are days when I do not get out of my yoga pants, but I suspect that many people who work from home suffer the same luxury. Much of my day is spent writing, editing, more writing, reading and answering email, more email, accounting, admin, and pretty much everything else one does when working in an office. Except I have the privilege of working from home, and that means I interact with my kids and dogs quite a bit in between everything else.

In 2012 I got divorced, and in 2014 my ex-husband moved to NY and I became the sole custodian of my two girls. Life as a full-time single parent is not just relentless, uncontrollable chaos, it is isolating and lonely and really fucking hard. But the three of us have a rhythm that works. And the relationship we have all forged through the experience of it is something I consider an absolute treasure. This period of time with them is by and large the most magnificent thing that has ever happened to me. I wouldn’t change anything.

Around the time of my divorce, mommy blogging turned into Influencer Marketing, and making a living as a professional blogger morphed into a shape that I did not recognize or sign up for. Manufacturing experiences for a brand and involving my children in those manufactured stories and photos stole a part of my soul that I have spent the last two years trying to get back. I consult and speak and write elsewhere to supplement my income, but as of 2015 dooce.com was no longer my primary job.

Regardless, I know that my career and success have been made possible by my fantastic audience, a diverse group of people so generous that I credit them with saving my life during my postpartum depression and many times since. Here in this tiny space on the web is an example of just how awesome and life-altering the Internet can be. A hobby turned into career turned into community. For those of you still here, thanks for sticking around.