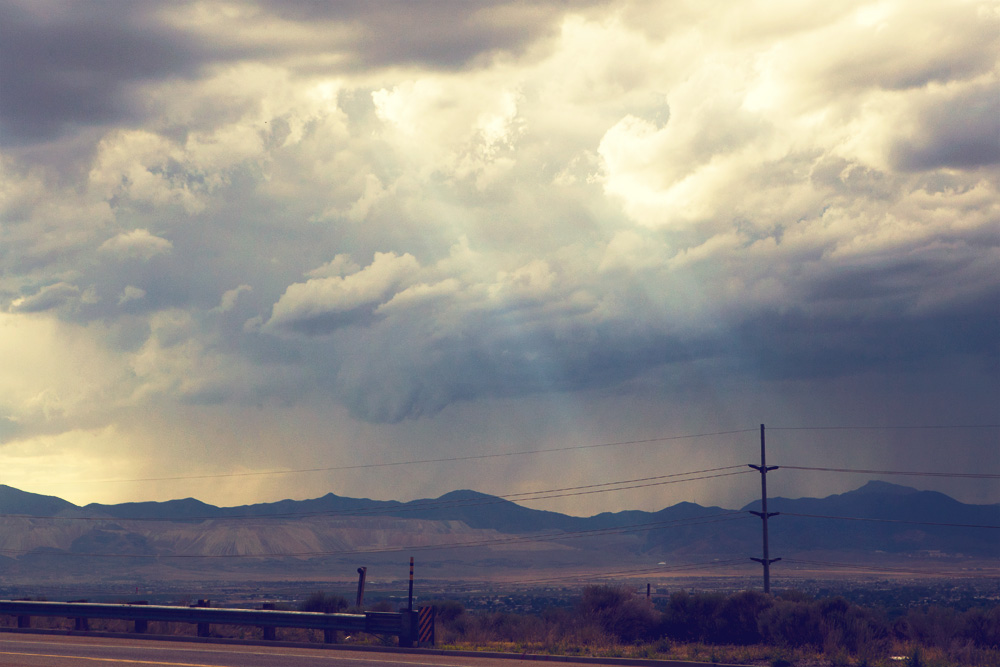 I took this out the window of my car as I was pulling out of my mother’s neighborhood last weekend. I had come to a full stop, and as I was rolling down the window Leta about lost her mind.

“WHAT ARE YOU DOING?” she yelled from the backseat.

I grabbed the huge Canon camera that was sitting on the passenger seat and started to fire off a few shots. “Look at those clouds,” I answered. “Isn’t that beautiful?”

“No,” I answered. “It’s not illegal to take photographs of the sky.”

“But you’re DRIVING,” she pointed out.

“Yes, but I’ve stopped the car. I wouldn’t be doing this if the car was moving.”

If that isn’t the sweetest sentiment. She’d have a heart attack if she could go back in time to when I was Marlo’s age and watch my father driving the black GTO, taking turns at crazy speeds as I stood upright in the front seat.