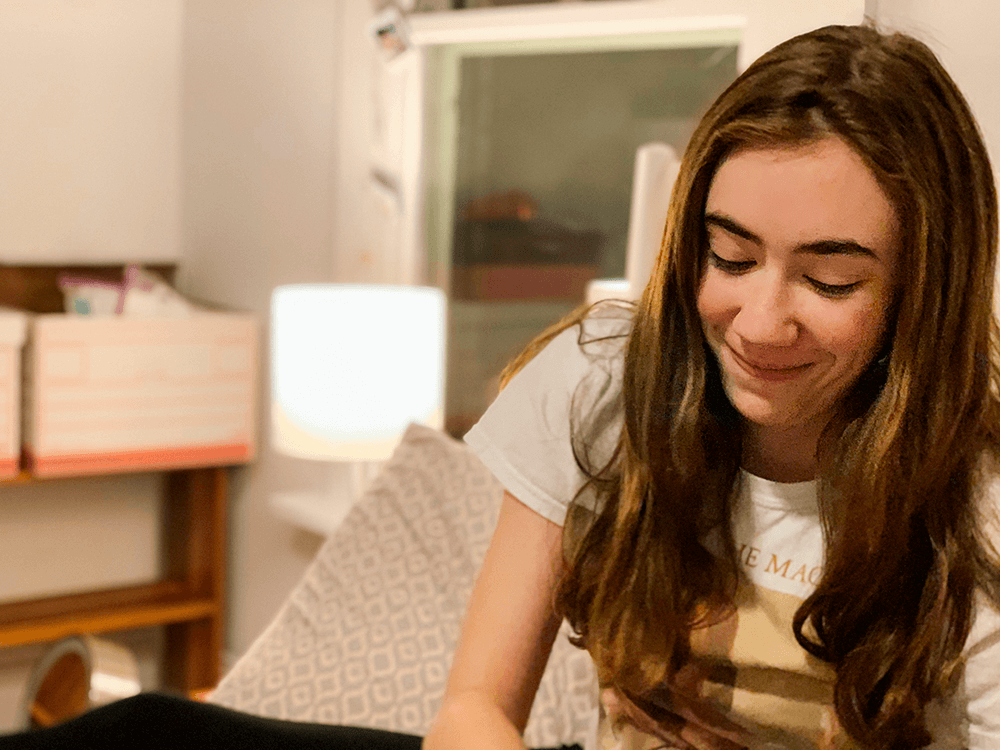 Last week on the drive to the orthodontist Leta asked me if she could open a savings account. I know. Not your typical topic of conversation to have with a 14-year-old kid, and if I had it my way she’d be using the brain space she’s devoting to maintaining her perfect GPA to worry over what color to paint her nails. Not that I am complaining. I really do have the best kid and she is going to lead an amazing life, blah blah blah, but I was obsessed with my grades in high school and it slowly rotted away my will to live. Did I graduate valedictorian in high school? I sure did! Has any boss or company that has ever paid me money ever cared? NOT ONE IOTA. They’ve all been dazzled by my nail color, though. 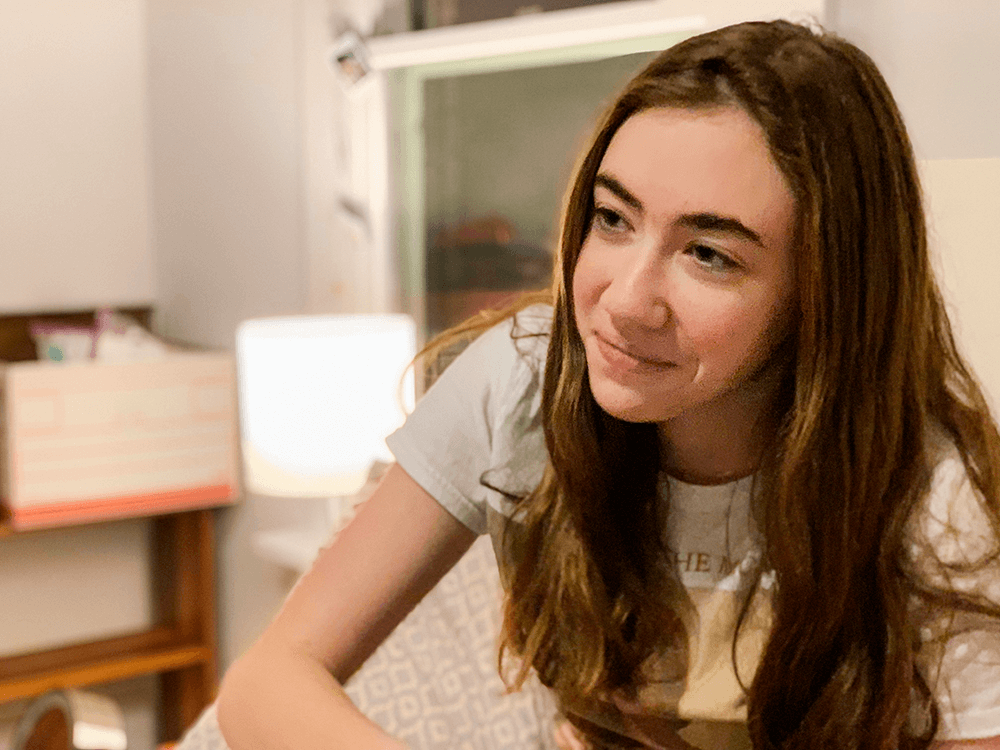 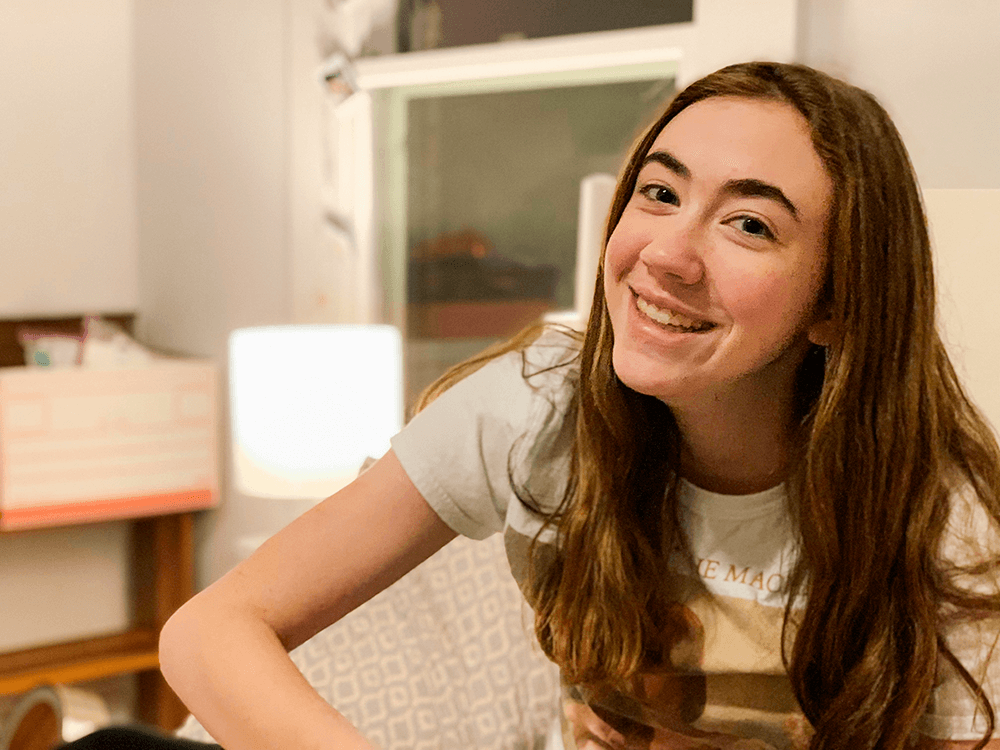 She’s getting to that age when she wants to earn and spend her own money, so we’re starting to talk about budgeting and bills and the percentage of her monthly income that she will eventually have to throw at things like healthcare and groceries and gas and so many things that aren’t much fun at all. I had these same discussions with my father who was vocal about finances throughout my childhood. My mother likes to joke that he didn’t sing lullabies to me at night, that instead he told me horror stories about people who died under mountains of debt. And no one attended their funerals because what if spending money you don’t have is contagious? The rash would be disfiguring!

My father grew up in a very poor home in Louisville, Kentucky, and he never failed to turn every conversation into one about debt and how we should never catch that disease. He drilled it into us that nothing in life is more important than saving money, paying for things with cash, and using coupons whenever possible. He clips them and collects them and uses them to buy all of his Christmas presents. If he ever had to pay for a book of coupons he’d use a coupon to buy that book of coupons, even if it was being sold by a five-year-old going door-to-door to raise money for the sick kindergarten guinea pig.

You think I am joking. I am not.

Honestly, I am so thankful for this advice. I have benefitted from it again and again throughout my life, and I have shared the same insight with Leta. He was so adamant that I understand the importance of a good credit score that when I got my first salaried job in Los Angeles, I bought a relatively small, new car and financed it on a two-year plan. And I paid it off early. Quick tangent to point out a few things: one, I got a job about six months after graduating college that paid me $9 an hour and I remember thinking WHAT WILL I DO WITH ALL THIS MONEY? Two, that salaried job paid me far more than that and was a startup in Los Angeles when Crown Princes from foreign countries were funding Internet companies. Three, I took a few paystubs from that startup to my dad over Christmas one year and asked him how much I should be saving. Four hours and a DID YOU KNOW I WALKED TO SCHOOL IN THE SNOW UPHILL BACKWARDS FOR 100 YEARS BEFORE I SAW HALF AS MUCH AS YOU ARE MAKING lecture later, I had a pretty clear picture I wasn’t saving nearly enough! Nope!

In hindsight I could have used the money I invested in that car in far smarter ways, but by the age of 24 I had the credit score of a 50-year-old who hasn’t once been late to pay a bill. In fact, I started to get offers in the mail for credit cards with $100,000 spending limits. I’m serious. And joke was on me! Because I laughed at the stupidity of the idea of someone spending $100,000 on a credit card (who would do that?!) having no idea that the man I was living with—the boyfriend who took out student loans to pay for the graduate degree he never earned—started getting credit card bills in the mail. Not to the tune of $100,000, but really, really, really close.

When his mother started to get the bills for his student loans she began forwarding those bills and all his credit card bills to our address. Once, I opened an envelope with no return address and inside it was yet another credit card bill with a sticky note on it that said, “This is yours to deal with now.—Mom” Hahaha! Yes. Yours. Yours.

I thought I was going to marry that man, and I thought his credit would drag down my credit, and I had never learned about credit card debt or what to do about it. My dad’s financial advice never included a single word about what you’re supposed to do when you don’t have the cash on hand to pay for something you need or you find yourself in a relationship with someone who caught the disease of debt. RASHES EVERYWHERE.

So you want to know what I did? I started throwing money at those cards. And not strategically like one might throw a dart at a board across the room so as to hit the board and not an innocent bystander, no. I started yanking money out of a bag and tossing it out of the window of a moving car. Except that bag was my savings account and the window of that car was a bottomless pit. And in this analogy my boyfriend was the driver whom I eventually convinced to stop the car so that I could get out, walk back to our apartment, move out, and never look back.

But not before I had thrown almost all of my savings out of that moving vehicle.

And then. AND THEN. I had to find a place to live, move all my stuff, and buy a whole bunch of hardware and software that we had been sharing as a couple—do not get me started on why I didn’t demand to take it all, we don’t have enough hours in this millennium for me to deconstruct that nut of a screwball story. I needed a computer and design software to help me do my day job, but because I had spent most of my savings on his debt I didn’t have the cash on hand to buy it outright. So I put it all on a credit card. And even though I paid my bills on time, the interest on a monthly statement adds up super fast! WHO KNEW! Certainly not me! Next thing I knew I had thrown away another savings account.

When I left Los Angeles to come back to Utah I didn’t just leave behind my favorite place in the world. I left behind what could have been a huge chunk of my retirement. Huge. I threw away so much money because I didn’t know what I was doing with his credit card debt or my own. Which is why my conversations with Leta are a little different than the ones I had with my dad. They always begin with, “I wish I had known…” 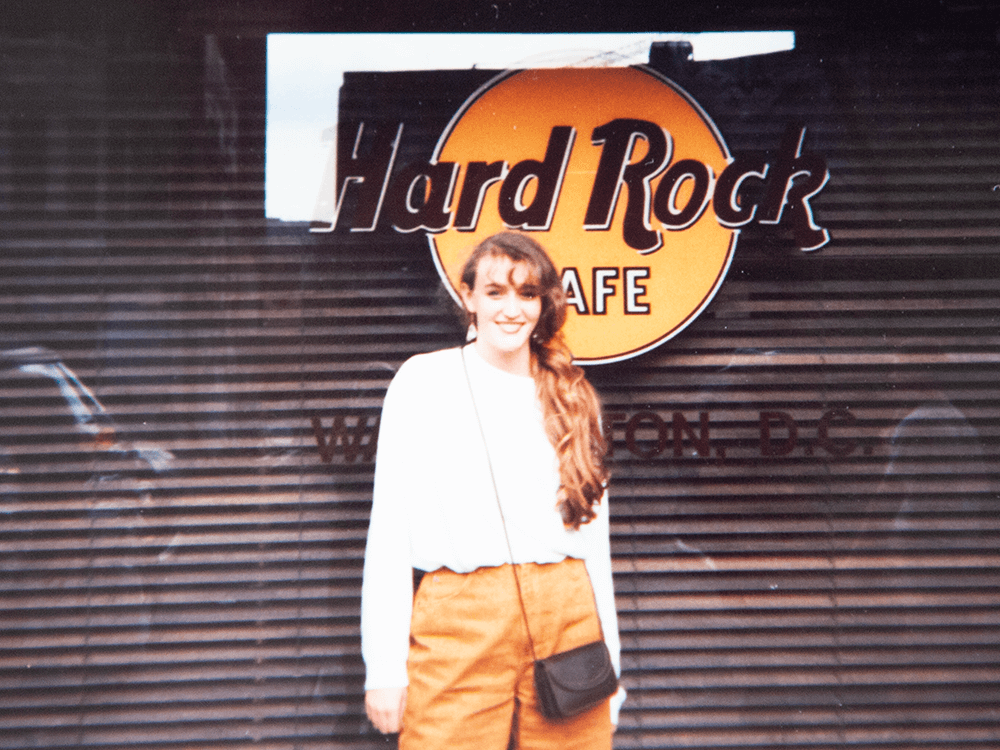 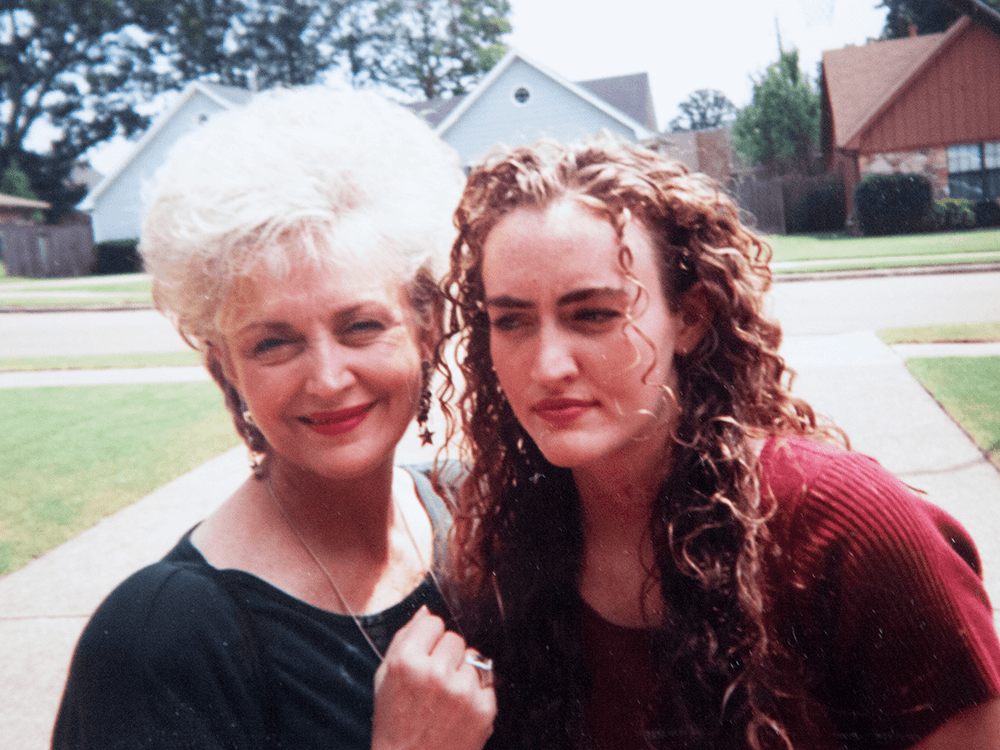 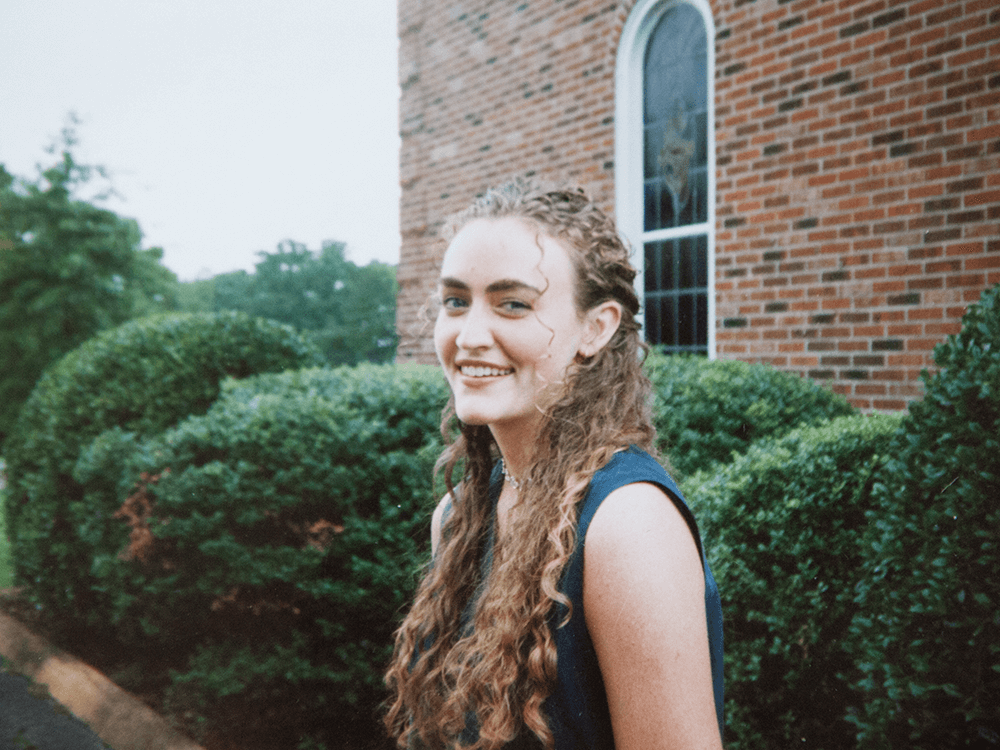 So. What do I know now? I still know it’s always best to pay for something when you have the money on hand. It’s always good to have six months of savings put away if that is in any way possible given your financial situation. I was lucky because I had a full scholarship to a relatively cheap college and walked away with no student loans. But I’m not so sure my own kids will be that lucky, even though I have been putting away money for their education. If and when they are saddled with student loans, they need to understand how to navigate a financial landscape that will include debt and credit cards, interest rates, credit scores, loans, and a myriad of other factors leading up to retirement and eventually death. Hopefully not from collapsing under that mountain of debt. My, my. The rashes.

This is why I am partnering with LightStream. I want to raise awareness that debt consolidation is an option. It’s a smart and uncomplicated way to manage your finances, one that can save time and thousands of dollars (see above: you don’t have to toss your savings out of the window of a moving car), and streamline the management of your personal finances. What is a debt consolidation loan? It’s a consumer loan used to combine owed debt into a single installment loan with reduced interest rates. This enables you to pay everything off more quickly. Unfortunately, when I was throwing my savings into a bottomless pit years ago, good options for debt consolidation didn’t really exist. Had I owned property, I could have used a home equity line of credit, but have you seen the paperwork involved in securing one of those? NO THANK YOU.

LightStream is an online tool (yay!) and offers consumer loans with low rates, no fees, and a simple, no-surprise user experience for people with good credit. They make lending uncomplicated, and I just so happen to be a member of the generation who in 2017, according to a recent survey, carried more non-mortgage debt than any other—on average $30,334. Excuse me for one second. DUDES. We are swimming in it. And I hate to think about what would happen if a single trip to the ER did not go as planned.

Because of this many of us are struggling to support aging parents, fund our children’s college education, save for our own retirement, and keep up with our regular bills. Personally, saving for my own retirement is my biggest financial hurdle as I navigate a career whose landscape changes almost weekly. In fact, 46% of GenX is worried about not saving enough for retirement. We’re too worried about paying off our mountain of debt, saving something for our own children, and having enough gas in the car to make it home.

LightStream is offering dooce® readers a .10% APR discount on the interest rate you’ll receive if you’re approved for a LightStream loan. Also, they are so confident in the competitiveness of their interest rates that they have a Rate Beat Program, and they also offer Same Day Funding (see details here). I am so relieved that this option exists now as Leta prepares to enter her own financial future, and I’m so proud that she’s already shown interest in making smart choices. A savings account. She asked me if she could open a savings account. That kid is something else.

During my recent move as I was clearing out huge bins of old memorabilia, I found two boxes of photos, many of them from my years in high school and college and Los Angeles. I look at the kid in those photos who really believed that the singular answer to finances was “don’t carry debt”, and I kind of want to whisper in her ear, “Oh, the ride you are about to go on, honey. Buckle up.” Little did she know about credit card debt, running her own business, the cost of healthcare, moving house seven times, divorce, what it costs to retain lawyers (!!!) and years of full-time single parenting. Being an adult is bumpier than any roller coaster that goes upside down ten times and lands in a swamp. 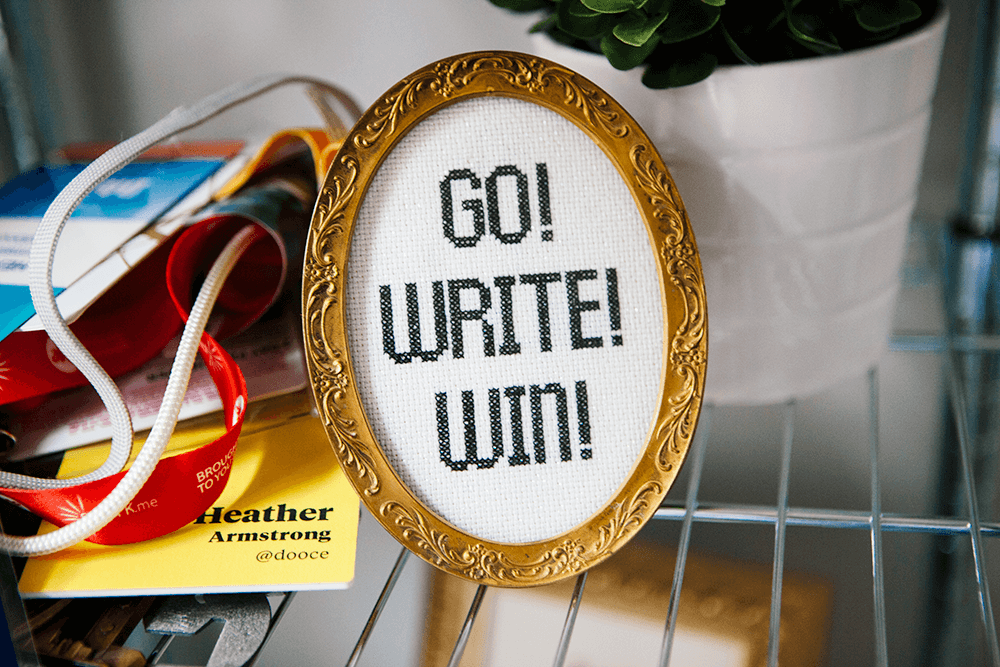 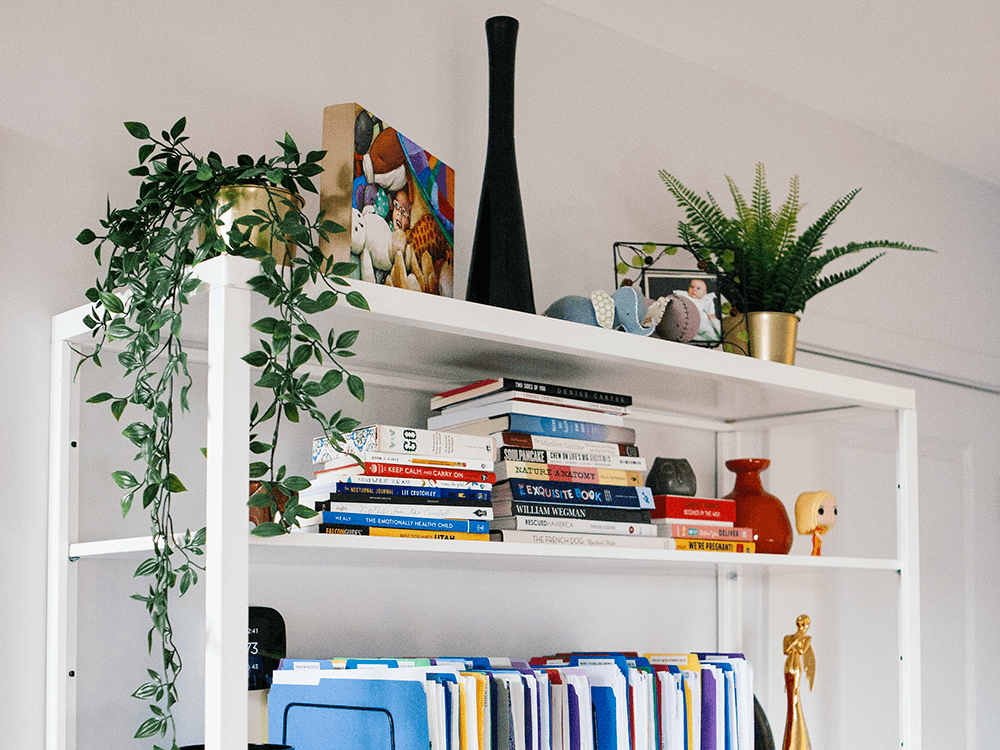 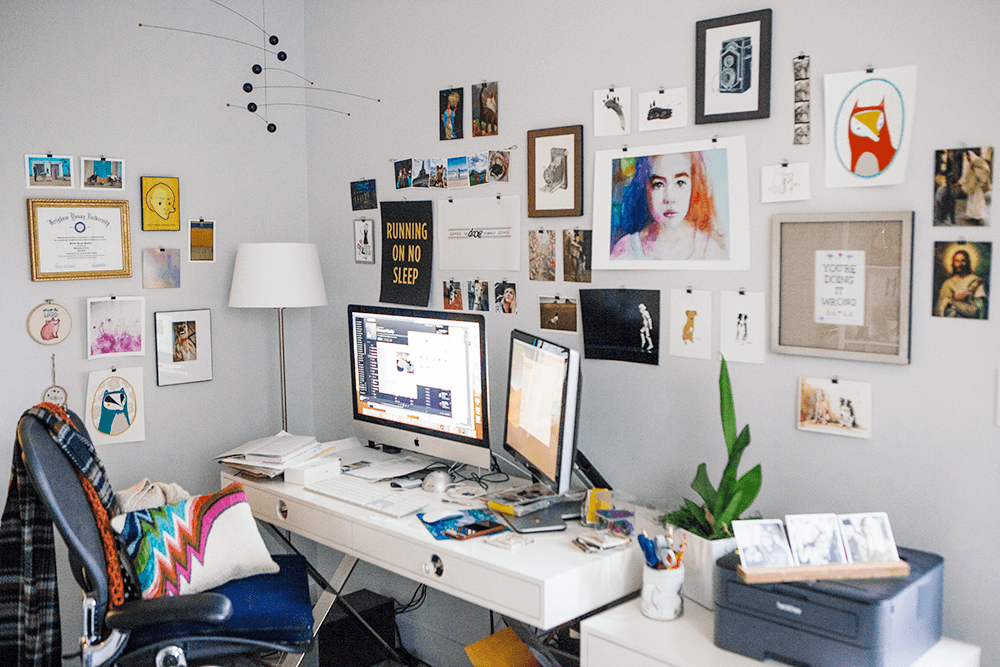 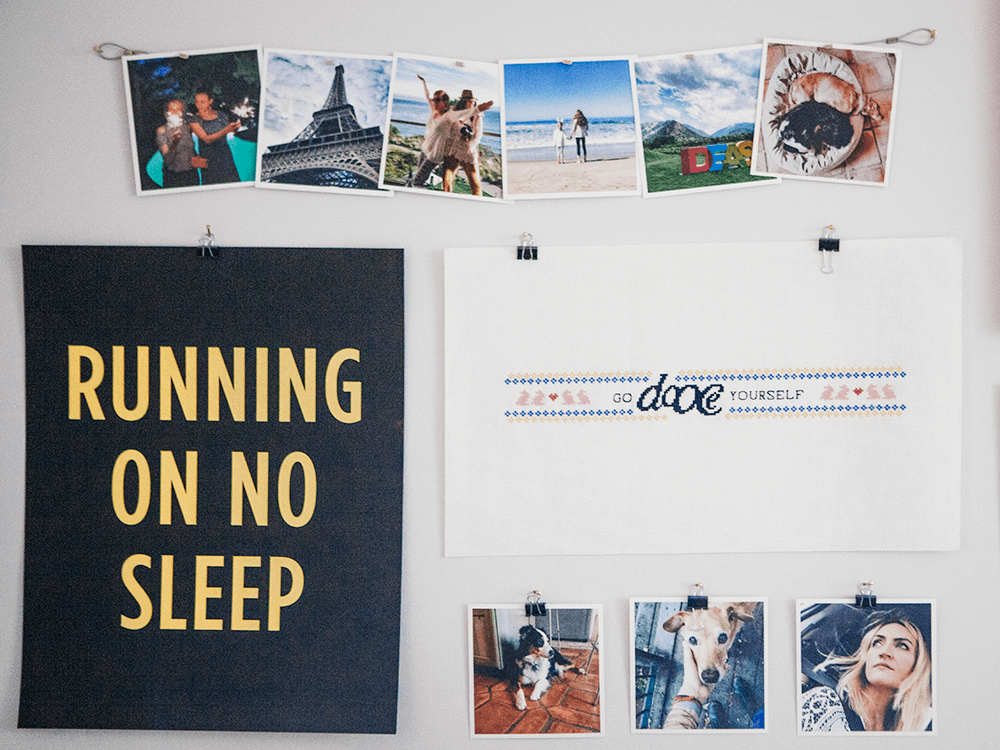 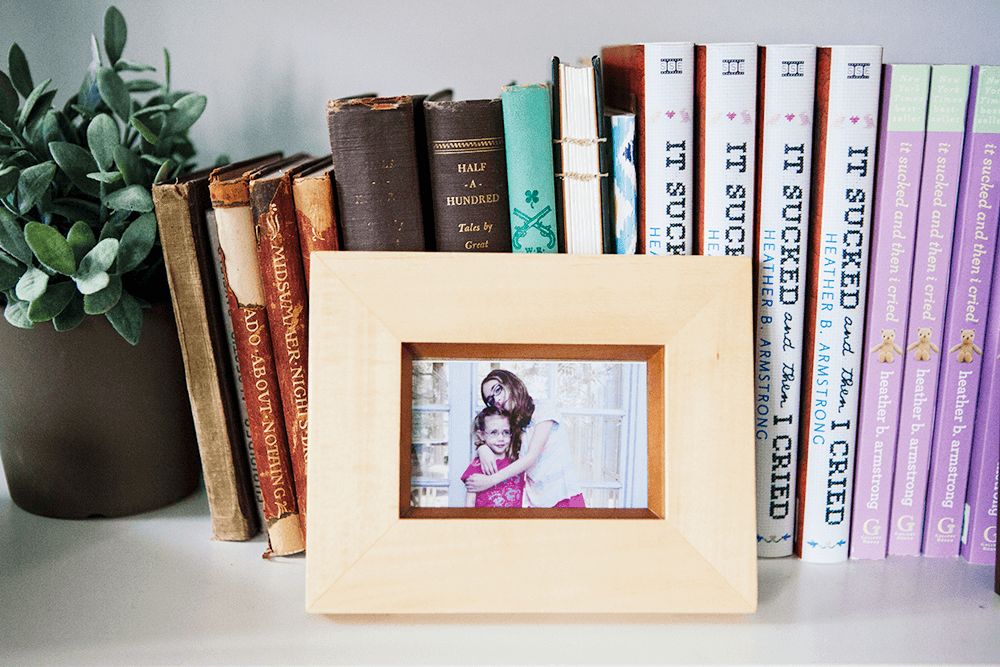 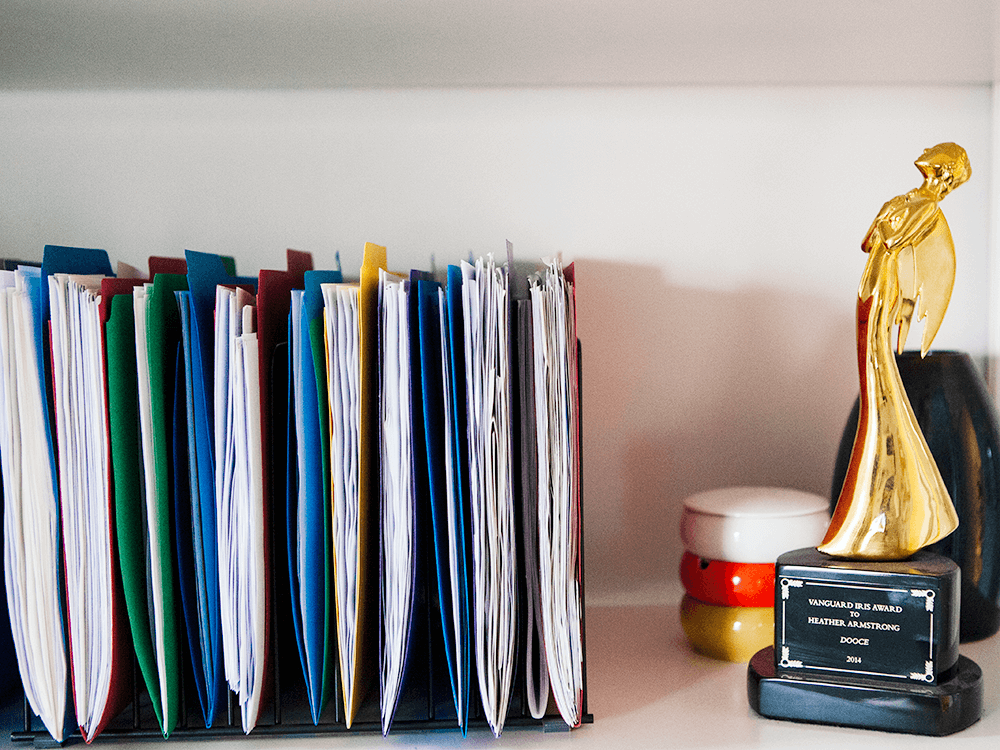 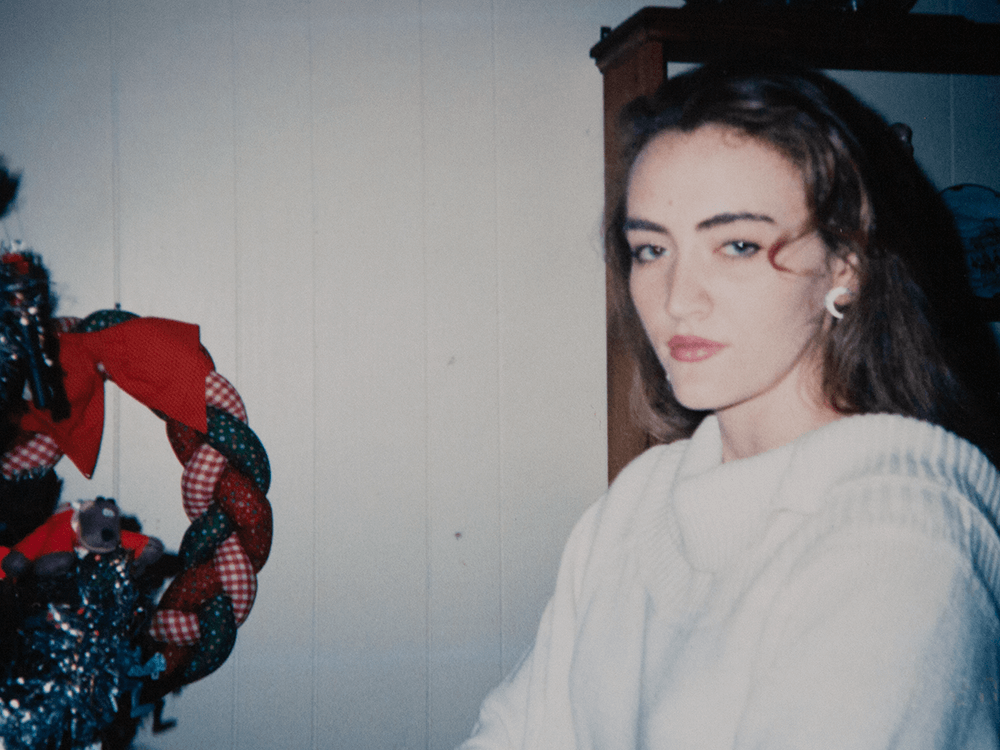 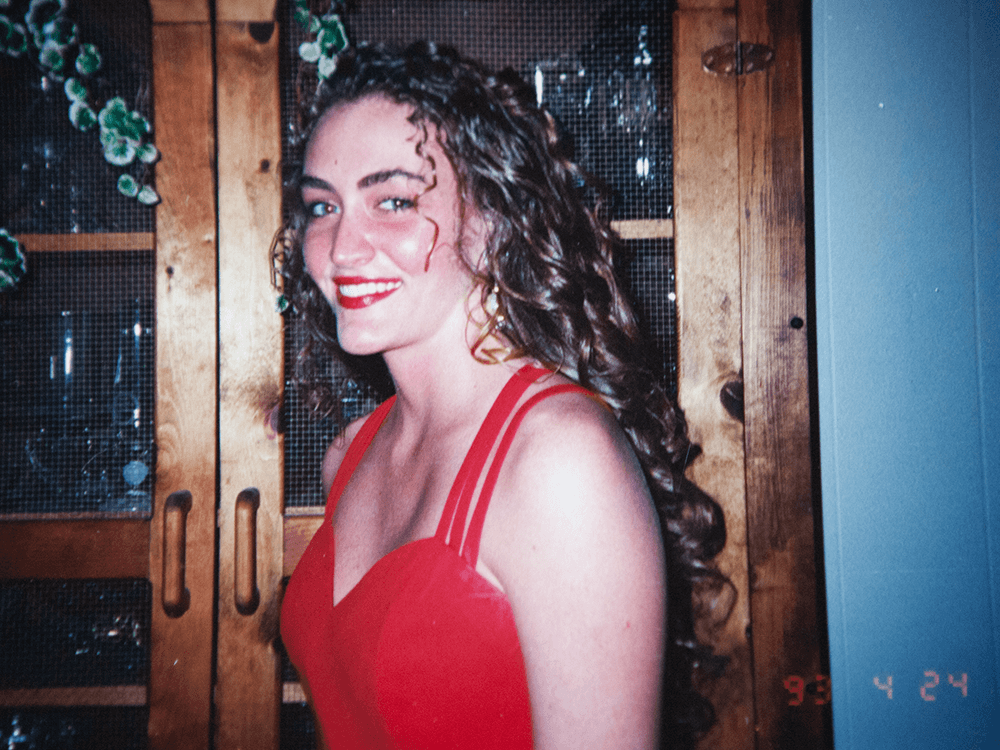 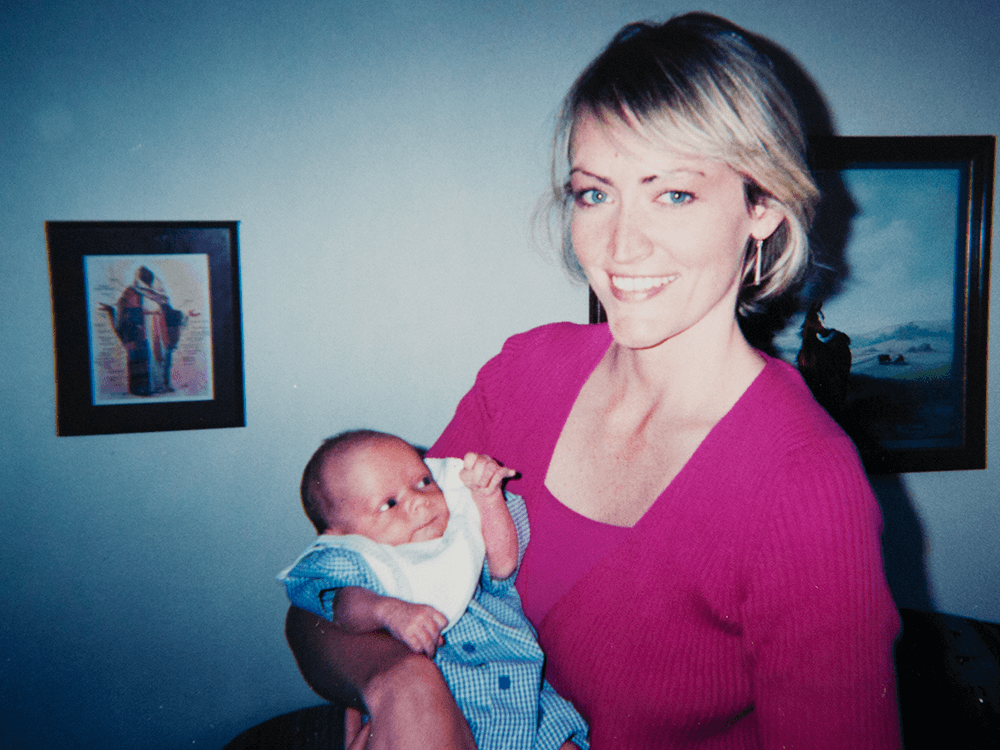 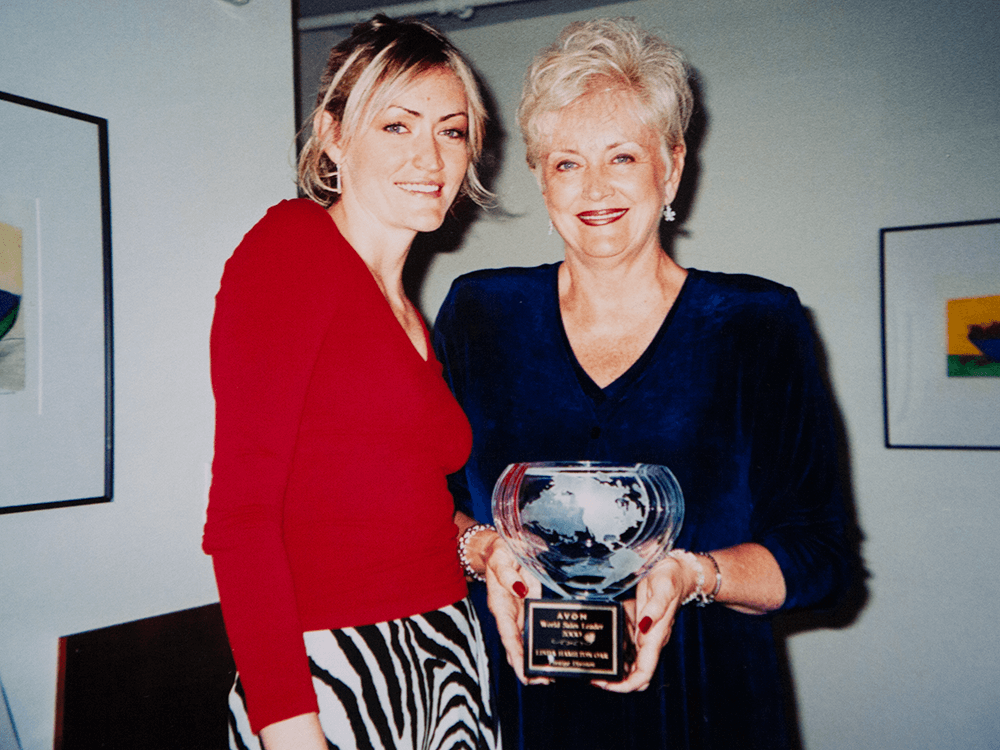 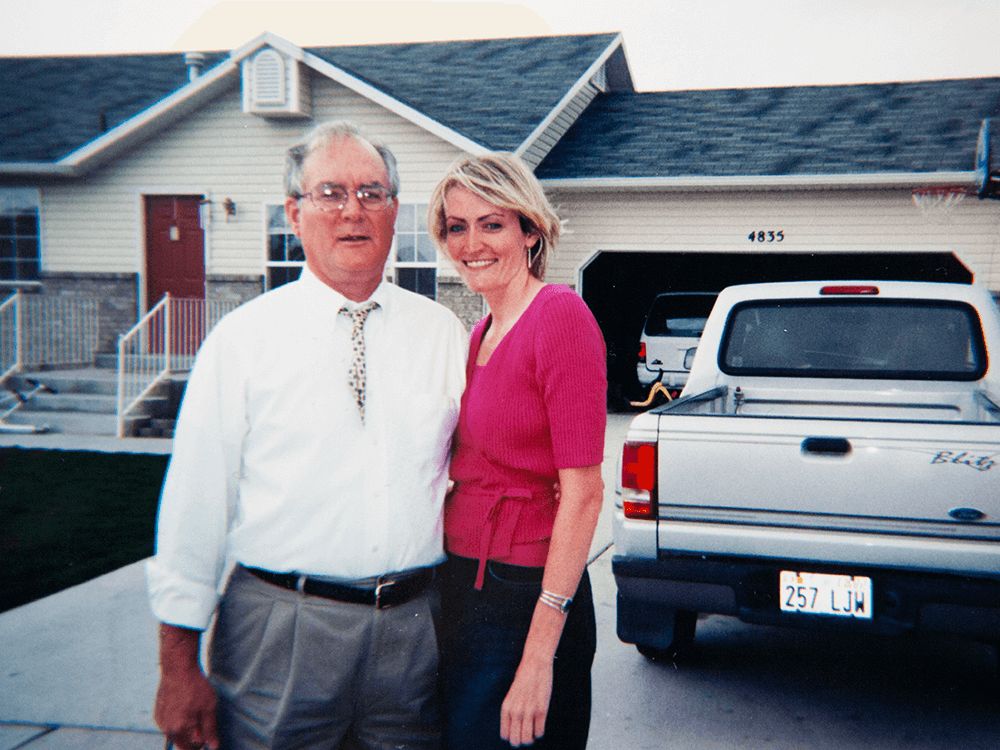 What will Leta will take away from our conversations? Prepare. And here are your options.

I like to think that I’m equipped for the future. But like many in my generation and the one right behind me, there are a ton of variables including ones we haven’t even encountered yet. I am enthusiastic, though, to see how Leta grows into an adult who has to strategize how to tackle it all.