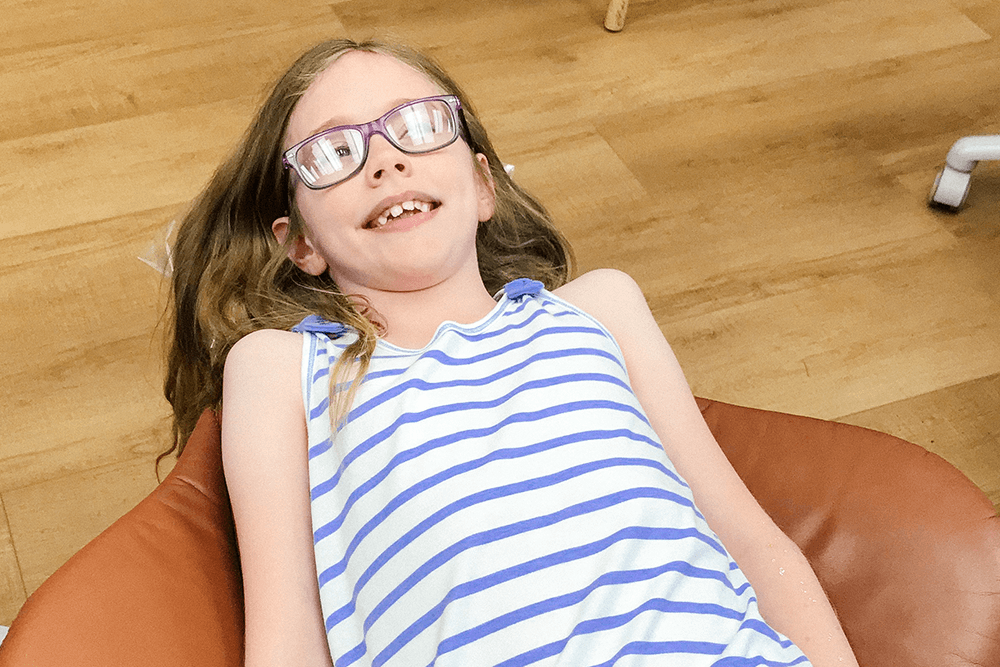 Yesterday we began Marlo’s long and certain-to-be adventurous (I was going to use the adjective “WILL BE THE CAUSE OF MY PREMATURE DEATH” but I was feeling oddly generous) journey that starts with correcting her overbite with some funky ass materials sort of resembling a retainer and definitely resembling tongue spikes. Because they are actual tongue spikes. They glued actual tongue spikes behind her front teeth to get her to stop resting her tongue in that area. Kind of like you set an electric fence across the entrance to your living room in order to keep your adopted black bear from escaping.

The family says it was impressed by the pet’s massive appetite, eating a box of fruit and two buckets of noodles every day. It wasn’t until two years later, when their ‘dog’ tipped the scales at 250 pounds and started walking around on two legs, that the family realized something wasn’t right.

Marlo was the perfect patient and didn’t freak out about any of the equipment they were using while it was happening. I am just as shocked to report that as you are to hear it. Although on the ride back to school she did say, “When she had that green thing in my mouth I couldn’t swallow and that was really freaky!” And I was like, “Oh yeah? Well, one time a dentist who was subbing for my actual dentist missed a disintegrating root in the upper right side of my mouth and two days later when my real dentist got back into town from his vacation to Hawaii and saw my x-rays he called me immediately and told me that if I didn’t come back that afternoon I’d die.”

“LET ME FINISH. So, I go back in and he’s hoping that I don’t sue, cuz I could, and then I go in for a root canal and I am so old that this was back when they didn’t have the tools that they have today and I had to hold my goddamn mouth open for three goddamn hours and I WISHED I was dead.”

She sat in the backseat in total silence the entire way back to school, and I could see her in the rearview mirror trying see how long she could hold her jaw open.

Is that not fucking adorable.

SEMI-TANGENT ALERT: For those of you who listen to my podcast you’ll have heard that Leta was interviewed by Slate magazine recently (I don’t believe it has gone to print yet) about what my work-life balance looks like from her perspective, and I didn’t hear any of the questions. I heard every single answer she gave, though—and let’s set things straight before anything does get printed! She talked about two different instances in her life that were taken completely out of context, and both instances make me look like someone who had children for the specific purpose of exploiting them for millions of dollars. Not that doing so is a bad thing, half of you influencers on Instagram. But guess what, half of you influencers on Instagram? You’ve entered into an unsustainable business model! Eventually your ovaries shrivel into dry-roasted peanuts—vacuum sealed—and really bitter tasting from all the joyless sex in your marriage, the joyless sex you only ever had on the days you were ovulating. Oops. Did I say that out loud? This is definitely a tangent. A very true tangent. You know who you are.

ANYWAY. The first instance: I STOPPED BLOGGING BECAUSE OF THAT EXACT SITUATION, LETA. She failed to mention that to the reporter though. So I look like a real peach.

The second instance: YOU SHOULD NOT HAVE BEEN READING MY WEBSITE WHEN YOU WERE EIGHT YEARS OLD, LETA. And the only reason she read a certain post on my blog is because… hm… did you see the tangent I went on in the paragraph above? Yeah. That tangent has a lot to do with why she was pointed in the direction of a certain post on my website by someone other than myself, and why I had to explain to her why that person should not have done such a hurtful thing. She did say to the reporter, “You know, now I think it’s hilarious. But when I was eight, I didn’t get it.” Yeah. BECAUSE THIS WEBSITE IS NOT FOR GODDAMN KIDS.

Which brings me back to those three goddamn hours I had to keep my mouth open. Toward the end of the interview Leta hesitated after a question and then finally answered, “Well, definitely in the car. We hear those words in the car because she hates how people drive here. But other than that, she keeps it pretty clean.”

I did not actually say “goddamn mouth” or “three goddamn hours” to Marlo in the car, but I’m not gonna lie. She’s heard that word once or twice or every single day in the car. I don’t like how people drive here.