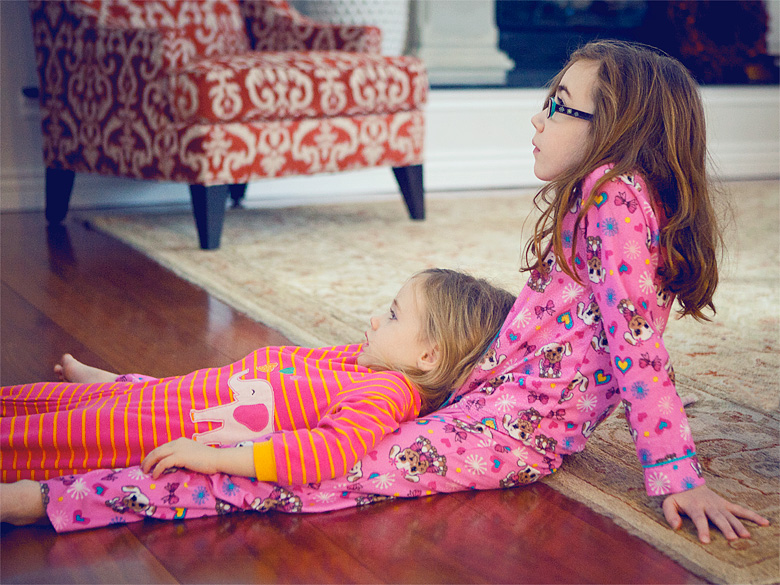 Although Marlo has never really shown the sensory sensitivities that her sister has exhibited since birth (things like avoiding grass and sand and food with any flavor whatsoever), one thing they have very much in common is a quick temper. On my side of the family we trace this back to my Grandmother Daisy Hamilton who used to throw rocks at cars parked near her house and once broke a lamp over my father’s head. I love you, Dad, but now that I’m a parent I bet you deserved it.

In fact, a common threat I throw around when the kids aren’t listening to me is, “You DO NOT want me to get all Granny Hamilton up in here.” Yes, a threat. I threaten my kids. Should I motivate them in more positive ways? Probably. But, “We will bond so much as a family if we clean up this mess together!” has proven less effective than, “Remember that lady who broke a ceramic fixture over your grandfather’s head? I’M RELATED TO HER.”

Not that I would ever break a lamp over anyone’s head. Calm down. It’s just that Daisy gave me the gift of being able to joke about it. That gift and the bump on my father’s head should be sacredly honored.

Leta’s temper manifests itself in frustration, and it’s usually directed at herself. She’s a perfectionist like her mother and she becomes easily annoyed if her handwriting or piano playing isn’t award-winning. She has a very hard time chilling out. It’s the classic cycle of life: our kids do to us what we did to our parents. I often wonder how many times my mother questioned her stance on marijuana and considered feeding me brownies for dinner.

Marlo’s temper is more traditional. Other people and things frustrate her and she takes it out on them. She’s never violent, but I have had to discipline the occasional shove. It’s the vocal temper I have to be more worried about. The vocal temper informed by a variety of words she has picked up, oh… here and there. More here than there but okay fine… here. I did it. She heard those words from me. I don’t really have to tell you any stories, just that my go-to exclamation is SHIT. And Marlo, my budding English graduate who already understands context, now has a way to express her irritation when she spills her cereal.

So I don’t know where she learned to yell, “SHUT UP!” at people who have made her angry. I’ve noticed that she does this. So has my mother. So has my cousin who watches her during the day. We have all disciplined her for it multiple times. And she was being really stubborn about it up until one morning last week when Leta took her by the shoulders and emphasized for the seventeenth time that she was done playing hide and seek.

“SHUT—” Marlo stopped herself because I was standing three feet away.

“SHUT—” again she stopped herself, but she couldn’t let it go.

Leta shook her head in disbelief. “What are you talking about, Marlo?”

Marlo only got louder. “SHUT. THE. DOOR.”

Leta and I both started laughing. “Marlo,” she said. “I’m not standing anywhere near a door.”

This has now replaced both SHUT UP and SHIT in her vocabulary. Upside.

Cue to Saturday afternoon when we were all being lazy and watching an episode of iCarly. It’s a little mature for Marlo to understand so she was occupied with a dollhouse, but she was in the room when a character on the show couldn’t believe what she was hearing and, just like I do, communicated her incredulity by shouting, “SHUT UP!”

“WHAT?!” she howled pointing to the television. “She just said it! SHE JUST SAID IT!”

Before I could even try to explain the difference between how she said it and how Marlo says it, she covered her ears, fell to the floor and yelled, “SHUT THE DOOR. JUST SHUT THE DOOR.”