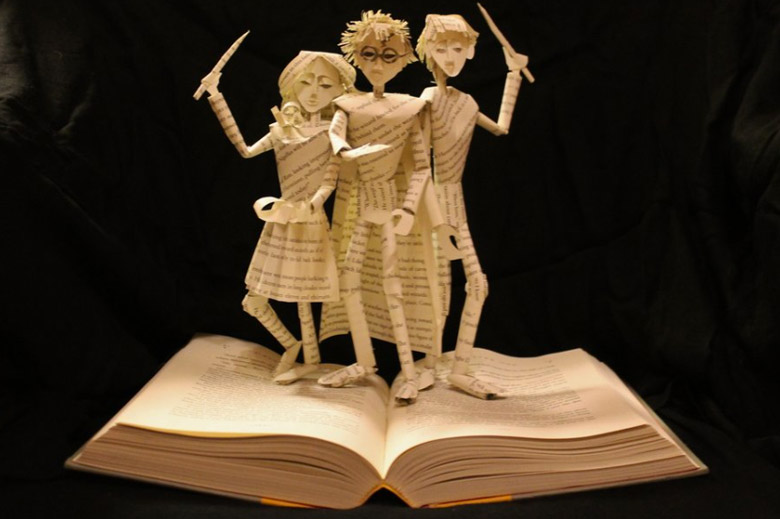 – Sculptures made out of and inside books

– In defense of the pit bull:

We have tragically betrayed our children’s beloved nanny-dogs, raising them irresponsibly, training them to be aggressive and then turning them into pariahs when they behave as any dog would in similar circumstances.

– Church says ‘told you so’ as all marriages collapse:

“Suddenly gays can get married and I’m leaving my wife because I’ve got a new girlfriend. That’s the gay agenda at work right there.”

– Things Fitting Perfectly Into Other Things

– No, those aren’t tears in my eyes. My face is just raining.

– Get This Look: Sandwiches

– If only everyone were this generous.

Whenever I’m in a hurry, my kids have two speeds: slow.

“Oh, no. No, no, no. Are you kidding me?” -First thing I would say if someone raised me from the dead

Sometimes I use big words I don’t always fully understand in an effort to make myself sound more photosynthesis.

FACT:French Fries were first invented when a guy accidentally brought a sack of potatoes and a deep fryer to a knife fight.

Wish I could find a way to iron my pants without burning my legs.

I’m at my most athletic when the automatic flush goes off when I’m still sitting on the toilet.

Sorry I haven’t tweeted in four days my coworker was telling me about a dream she had & it took ages to bury the body.