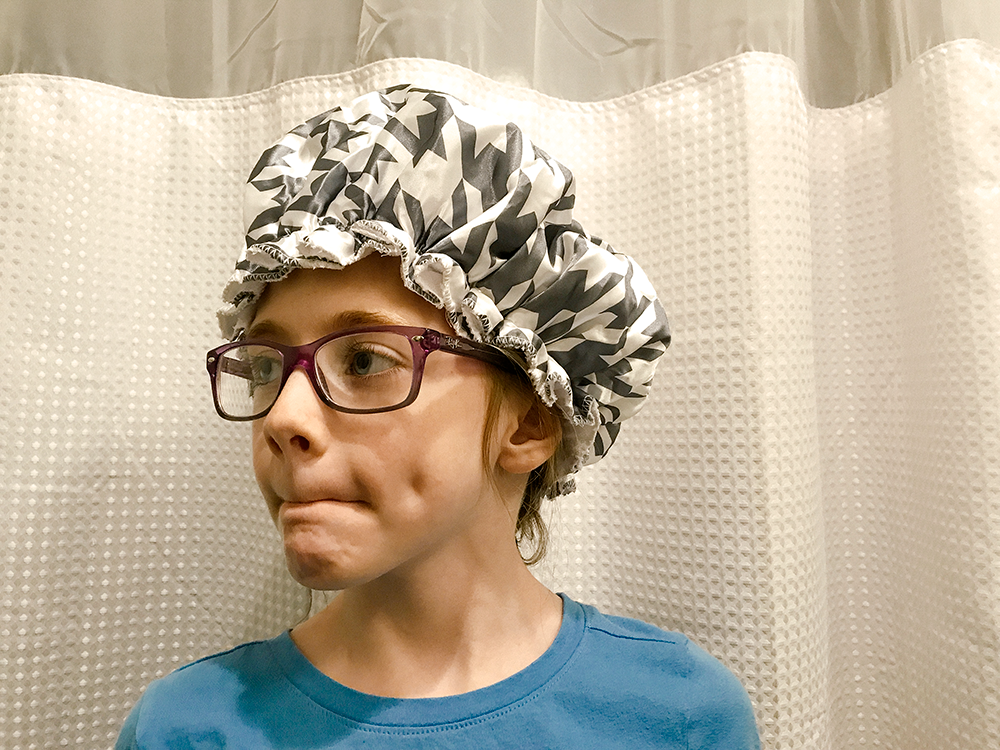 Last night I sent a text message to the cohost of my podcast that eventually turned into a cathartic rant ending with I HATE EVERYONE AND EVERYTHING. I know that sounds pretty dismal, but a few months ago one of our listeners called my cohost “our lovable eternal pessimist” so I know he found it cathartic, too. I had the day before sent him a link to this tweet to let him know someone out here was thinking of him:

Sure, everything is terrible, but what a year for pessimists.

It started, though, by bragging about being the valedictorian of having water leak from the bathtub through a light fixture into the room below it. This has happened twice now, two times more than it should ever happen given that you’re dealing with flooding and water and electricity and potential electrocution from wanting your children to be clean. And I’m just going to go on record and say that hearing your child scream from another floor of the house, “IT’S RAINING FROM THE LIGHT! IT’S RAINING FROM THE LIGHT!” causes an unusual mixture of emotion. Because in the exact moment that you hear those words you’re simultaneously thinking oh god, plumbing problems and oh god, is my child high?

Come on. That is a comment rooted in weed if there ever was one.

The first time it happened we were living in our old house, and Marlo was taking a bath in my bathroom which sat directly above the kitchen. I was on the phone with my mother walking in and out of the bathroom, back and forth between my bedroom to get in some steps on my Fitbit. Back when I was obsessed with hitting my goal of 10,000 steps per day. Haha! Those days. TANGENT: A year ago September was an incredibly rough month for me and I thought that if I clocked 15,000 steps for 30 consecutive days that I’d feel better. ALL BETTER! Instead, I became obsessed and even grumpier (if that was at all possible) and annoyed the shit out of my kids by walking laps around the room as the water for their spaghetti boiled. The only pleasure I derived from that ridiculous fixation was beating my mother in total weekly steps twice. Just twice. I’ll never let her forget about those two days or the time she forgot to call me on my 24th birthday. In fact, when she does call to wish me a happy birthday I say, “Yeah, but your record isn’t really consistent, now is it?”

I told my mother I’d call her back and ran downstairs to see water winding its way down a pendant hanging over the counter that separated the kitchen from the living room. “Winding” isn’t really the right word to use here, although that is the motion the water made. Except that it was gushing in a winding motion all over the countertop, onto the floor, THROUGH AN ELECTRICAL FIXTURE THAT WAS TURNED ON.

I had no idea what to do—I was still grappling with the idea that my kid was high—so I ran back upstairs to figure out what could possibly be going on with the plumbing and saw that Marlo had stuck a cup over the faucet. That was still filling up the tub. Thus shoving water back into the cracks and crevices of the very old tile job surrounding the tub and filling the void between my bathroom and kitchen with tub water. Thus filling my kitchen with tub water. This is not nearly as romantic as I am making it sound.

I grabbed the cup off of the faucet and asked her why she had shoved it on there in the first place.

She didn’t even hesitate and said, “Because it fit.”

Luckily, NO ONE DIED. Cue to Sunday morning when Leta was taking a shower in the bathroom that sits directly above the bathroom downstairs in the basement. I would hear water splashing out of Leta’s gigantic mane and then a splash coming from another part of the house. I naïvely assumed the sound was the small layer of snow that had fallen overnight melting and dripping off of the roof onto the driveway. I even walked over to see if that was the splashing I heard and the acoustics of this house are fucking haunted! Because I saw snow melt onto the driveway at the exact moment I heard another splash. Asshole acoustics!

I always appreciate the advance notice, you know. Adults could learn a lot about courtesy from the notifications our children give us about their upcoming plans for their excretory systems.

She screamed those exact words.

I guess that’s what it looks like to kids when water pours out of a light fixture, like it is actually raining from the light, and my god aren’t kids amazing and OH MY GOD how many times do I have to tell you that you have to have the shower curtain pulled inside of the tub when you shower otherwise WE ALL DIE CHILD OF MINE. Kids are amazing and infuriating and the biggest con ever pulled on humanity.

5? 6? 7 hours later? Without access to water? It’s Sunday, remember? My landlord was most certainly trying to have a restful weekend free from piano practice and soccer games and math homework and certainly a tenant with a potentially catastrophic plumbing problem, one that had flooded the basement bathroom with a few inches of water. He and I sleuthed around the ducts and closets and crawlspaces of this tiny house and could not put our finger on the culprit. He had a call into the plumber who could not come in until yesterday, and I casually mentioned that I’d discovered that the caulk between the tub and the floor on the first floor is virtually nonexistent. Like, there is a giant six-foot-long crevice sitting right there and I didn’t notice it until my eight-year-old got high and thought the light was raining.

So, TWICE. Twice we almost set our house on fire with water. Good times, over here. Don’t anyone ever say that I don’t do enough with my children. Our science experiments alone count toward college credit.