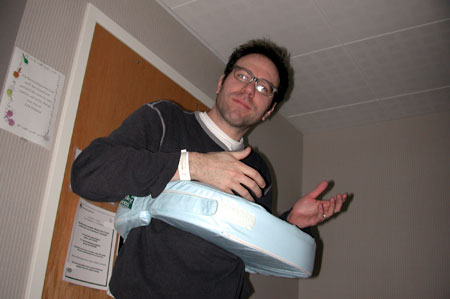 Leta was approximately 12 hours old when I took this photo of Jon wearing a nursing pillow. It looks pretty good on him.