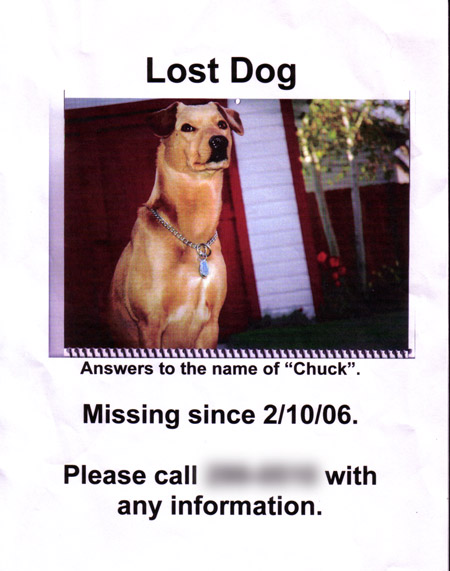 Sunday afternoon we spent several hours walking around Amsterdam in a windy rainstorm. We found walking to be the best way to experience the city, but after three hours of enduring constant rain and being unable to take a single good photograph we walked back to the hotel where we climbed into bed to take a short nap. We had only been under the covers for a couple minutes before the phone rang, and since I was closest I picked it up thinking that maybe someone from our group was calling to make plans for dinner. Instead I heard my mother’s voice on the other end, and I knew immediately that something horrible had happened.

Up until that afternoon we had been communicating with everyone back home via email. We didn’t know where we were staying in Amsterdam until just a couple hours before we left, so we hadn’t even left my mother the phone number to our room. When I heard her voice I knew that the reason she was calling was important enough that she had done a fair amount of research to find out where we were, so in the fraction of a second before we jumped into our conversation I thought about everything that could have gone wrong: Leta was in the hospital? Our house had caught fire? Someone in the family had died? I was overcome with a sick feeling that I was about to hear something that would change my life forever.

“Heather. Hi,” she said, and I could tell that she was trembling. “Sorry to call you and interrupt your trip.”

“Not at all, Mom. You don’t sound good. Is everything okay?”

“I debated over whether or not to call you, but I think it’s best that you know. Chuck is missing.”

I sat up straight in bed and the room immediately started spinning. “What do you mean he’s missing?” I asked.

“Someone at Jon’s mother’s house left the door open and he got out. They don’t know where he is.”

Normally I have a hard time breaking into tears if I’m not drunk or watching “Extreme Makeover: Home Edition.” Something about this depression medication works. But when her words snapped together like a puzzle in my head and I realized that I might not ever see my dog again I started gushing tears like a fire hydrant run over by a car. I immediately handed the phone to Jon so that I could climb onto the floor and continue sobbing.

Jon had no idea what was going on and just assumed something had happened to Leta. My mother quickly detailed the situation for him and I heard him explain, “His name is on the tag around his neck along with my cell phone number, but my cell phone doesn’t work outside of the states.” My mother has the same telephone voice that I have, an unbearably loud one, and I could hear every word she was saying.

“Give me that number and I’m going to keep you on the line while I call your cell phone on the speaker phone and check to see if any messages have been left.”

We both waited in silence as we heard my mother dialing Jon’s cell phone, a horrifying silence like the one that precedes a tornado when the clouds gather into an orange mess at the horizon. What if there were no messages? What if there were messages and the news was bad? How fast could I throw my clothes into the suitcase and make it to the airport? How could I convince myself to continue breathing?

The first message was a hang-up. No news at all. At this point I started wondering how long he had been missing, where he was sleeping, was he being fed. I am like many other pet-owners in the sense that I personify Chuck as if he were my first born son even though I know his range of emotion is about as wide as the space between the edges of a centimeter. I couldn’t bear the thought that he might be sleeping underneath a bush somewhere and that when he woke up there would be no upright human being nearby for him to roll his eyes at.

Second message was from a little boy who, not unlike my mother and myself, spoke so loudly into the phone that at first the message sounded like a microphone attached to a whale during mating season. I couldn’t make out a word he was saying, but after a few moments Jon looked up at me and nodded. “Someone has Chuck,” he said.

The details finally revealed themselves in short succession, and it turns out Chuck had been missing for over two days. TWO DAYS. Never has the number two seemed so vast, so infinite. Jon’s sister had made flyers and had put them out in grocery stores and businesses throughout their town: They had visited animal shelters and called neighbors, but they had heard nothing, not until we retrieved that message off our cell phone. Chuck was lounging happily three houses away from Grandma’s house where he had been the whole time. The little boy who had left the message had taken great care of Chuck, had fed him, had let Chuck sleep on his bed.

The day before we left for Amsterdam when Jon was about to take Chuck to his mother’s house I stopped him before he walked out the door and said, “Please make sure the gates in your mother’s backyard are closed.” I said that not because I thought Chuck would run away because I know he wouldn’t. Chuck might go exploring nearby, but he is too lazy to go so far that he would have to find food by himself. I was worried that someone might take him. He is the perfect size, the perfect color, he has the perfect smile.

Now I am wary of letting him walk right by me to head into the basement to be alone. I have to stop him and stick my face right into his stinky dog snout. He is here and he is lovely if not a bit morose and snooty. Our families had a hard time understanding it when we said we would have hopped on the first plane back to the states if it would have helped find him sooner; he’s just a dog. But I would have taken the first flight back if that was what was needed to salvage my heart, and I cannot see the difference.