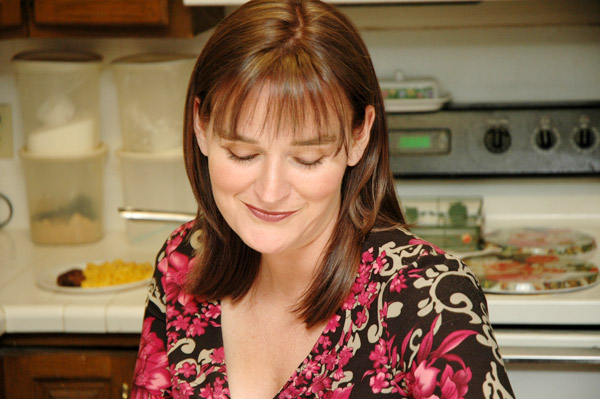 It’s been a busy couple of weeks for my side of the family starting when my cousin (and DORJ!’s brother), Robert, and his wife gave birth to their first child, Maci.

DORJ! is one of three sons, and the birth of this granddaughter has turned my Uncle Danny, Curdled Turd Bump of Incomprehensible Stink, into a vulnerable heap of goo. Danny was visiting my mother when she was watching Leta during our trip to Amsterdam last month, and reportedly it was then that his hardened interior began to liquefy. He was so taken with Leta that he drove to McDonald’s every morning specifically to buy her a couple of greasy hash browns. There is significance in this gesture because it marks the first time in Danny’s life that he ever did anything nice for another human being.

Last week Robert sent me an email to give me an update about Maci, and he had this to say about his father: “You should see Grandpa Boone with her. I have never seen him smile so much. He holds her for hours at a time. I’ve never seen anything like it.” That’s the miracle of babies, their ability to lay bare the tender, beating hearts of raging assholes.

Also this week my sister, September, had her hair colored back to its natural brown. There are not words to adequately state how huge a step this was for her, bigger perhaps than if she had agreed to watch a single minute of a Michael Moore film, something she sees as the equivalent of having her hands chopped off at the wrists. I’m so proud of her, and not a little jealous that even though she is five years older than I am her skin is so smooth that it makes mine look like the obituary photo of someone who died of old age. Finally, today my mother’s sister, my Aunt Lola, is having a mastectomy. She was diagnosed with breast cancer only a few weeks ago, and this has affected me in truly surprising ways. I am of course deeply saddened and torn apart that this has happened to her and what this means for her body, for the way she has to live the rest of her life, for the years that may have already been cut from her life. At the same time this is bad news for the rest of the women in my family who have up until now enjoyed the luxury of telling our primary care physicians that no one in our family has ever suffered breast cancer. The magnitude of what this means for us is still unknown, and that frankly terrifies me in almost indescribable ways. It is that terror that surprises me, but it is also that terror that has renewed in me a devotion to keeping myself healthy, a devotion to celebrating my heritage while at the same time fighting what that heritage could possibly mean.