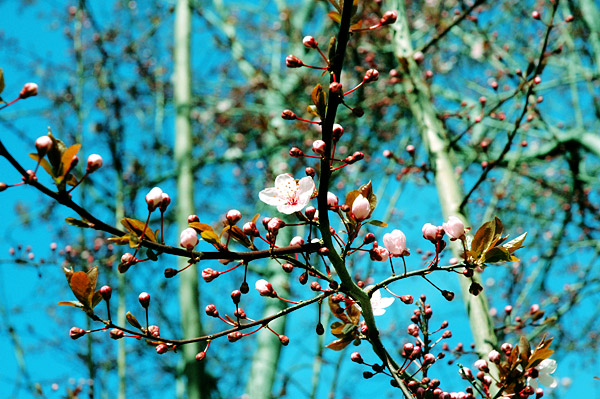 In the last month I have made a concerted effort to seek out new music, and I’ve set aside a thirty minute time period every day to go searching online for artists I haven’t yet heard. I used to do this for hours every day when my life wasn’t filled with other priorities, and when I lived in LA I often attended three or four live shows a week. That was also a time when I had an hour commute to work every day and I could concentrate on nothing but the music on the stereo and the endless line of cars in front of me. My longest rides in the car now are the ten minute ones to the hardware store, and it’s hard to hear the music when Screams-A-Lot is demanding that I turn around and hand her the book she just threw at the back of my head.

My favorite place to find new music is my husband’s hobby project, 3hive, and if I’m not careful I can lose an entire day of my life looking through the pop section alone. I’ve noticed a difference in my mood since I started searching for new music, a new lilt in my step that keeps rhythm with the melody in my head. It’s been so long since I’ve made music this much a priority in my life that I’d forgotten what it was like to lie in bed awake at night with line after line of lyrics running through my brain like the words on a teleprompter.

Last week I downloaded a few MP3’s from the newest Wolf Parade release, in particular the song “I’ll Believe in Anything,” and I haven’t been able to listen to anything else since. That’s a nasty habit of mine, I find something I like and then I beat the thing to death, whether it be food or a television show or a website and in that instance I just sit at my laptop and hit refresh, refresh, refresh. In the last couple of months I have forced Jon to sit through probably 75 episodes of “CSI” which is for the most part a pretty crappy show because hello? That computer program they just used to determine which brand of shampoo was used to wash the hair follicle retrieved from the corpse? IT DOESN’T EXIST. And I’m sorry, but I’d be mortified if a man that hot was inspecting my naked dead body. But I cannot stop watching it much like I can’t stop swinging at my head with a meat cleaver.

The Wolf Parade song I have on endless repeat has become the official soundtrack to the changing of the seasons, to the end of what has seemed like the longest winter of my life. It hasn’t been a particularly bad winter, we’ve just been stuck inside with a toddler and a limited number of toys, and while I’m not yet willing to let her create art on the walls or the imported rug on the living room floor, there have been enough snow storms this season that we once passed the time covering every inch of flesh on our faces with a blue marker. I didn’t take a picture because I knew that someone would send me an email to tell me that there is lead or some other deadly substance in markers and how could I claim to love my child while displaying such flagrant disregard for her safety. How? It’s easy, you just pop the top off the marker and start coloring her forehead.

Over the weekend Spring finally arrived in Utah, and I played the Wolf Parade song whenever I got a chance as loud as the volume on the stereo would go. We took long walks around the neighborhood and I had the lyrics to that song in my head the entire time, lyrics like the title to yesterday’s daily photo. When I hear this song I feel like the colors in these photos: And I can’t stop thinking about the early months of my relationship with Jon, months that were hectic and raw and so full of hope and panic that every day seemed like it would collapse in on itself. I love that almost five years into my relationship with him I can hear a few notes and feel what it was like between us during the first few hours we ever spent together. And that is what this whole rambling entry was for, to say I am so happy I have brought music back into my life.