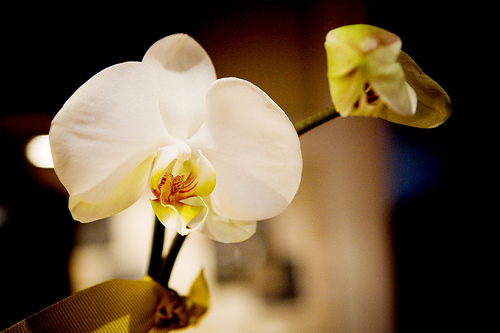 Valentine’s Day at Chez Armstrong was a rather dismal affair primarily because we spent the majority of the day lying in bed next to Leta as she projectile vomited two-day-old Pirate’s Booty across the pink and yellow stripes of our Isaac Mizrahi sheets. It has taken Jon a few months to get used to these sheets, and I remember the look on his face when I told him that I was seriously going to put them on our bed. It was the same shocked expression he had the first time he saw me put ketchup on biscuits, which is, let’s face it, the only way to eat biscuits, and if you have been eating biscuits any other way then NOW IS THE TIME TO STOP.

I had bought Leta a Dora Valentine card and an assortment of hard candy, but she was too sick to even care. So in between taking her temperature and wiping up puke I gave Jon his very measly gift, a package of caramel candies and three or four licorice-flavored treats, even though I know that after eating those treats he could melt the stainless steel refrigerator if he just aimed his breath in the right direction. I also got him a card that has a woman and a man facing each other on the front, the woman holding a toilet plunger, the man holding a slice of watermelon, and inside it reads: Your fetish or mine? I knew I had to have that card the moment I saw it, because oh my god, how did they know?

Although I am a little confused about the watermelon. And I am totally comfortable being confused and have no desire to have that explained to me, thank you very much. Except, if someone were to laugh about a watermelon fetish in conversation I would laugh along with them as if I knew exactly why it was so funny, because what could be more lame than not knowing what is funny about sex with a watermelon? It would probably be more horrifying than that one time I referred to the vice-president as George Cheney. Out loud. In front of adults.

Jon did a magnificent job in buying me gifts for the holiday, although he did wait until the last minute to buy them, the last minute being that afternoon with only eight hours left in the day. Maybe because he likes to show me that he can work well under pressure. Or because, like me, he is often busy with the complicated job of being lazy. I mean, I know how exhausting it can be to grow fingernails. But I’m not complaining because he got me exactly what I asked for, an orchid that matches the color scheme in our bedroom: And also a dozen red and yellow roses that match our sheets: Oddly, he did not get me any ketchup, even though I asked for some, because I have been needing something to glaze my pickles.

Later that evening a few of the kids in the neighborhood dropped off tiny Valentine cards for Leta, and my friend’s children even wrote some out to me and Jon and Chuck. I saved them all so that when Leta felt better she could help us open them, and the following morning when she was well enough to sit up in bed I brought them in to surprise her. She treated each one so delicately, and opened them as gently as if inside she would find the meaning of life. When she got to the card that was made out to Chuck, she held it close to her face and pointed to each letter of his name with her index finger. “C – H – um – U – C – K,” she spelled, and then looked up at me with irrepressible joy and said, “That spells MAMA!”

Close. Very close. And cute, although it stinks of something her father taught her, like that one time I walked into her room to find that she had my nursing bra on her head.