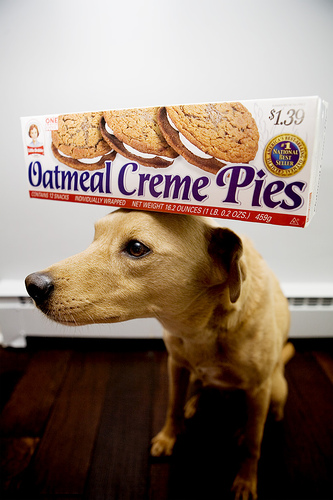 For the last few months Jon and I have been trying to eat healthier food, I guess mainly because it’s the right thing to do? Isn’t someone keeping score somewhere? In the PDF manual of life there’s a section that says you can routinely break the speed limit if the number of apples in your diet is greater than the number of Twinkies. It’s in the chapter after Exodus.

We also hoped that the change would help us go longer periods without getting sick. Maybe it all boils down to living with a petri dish toddler, but Jon and I have almost spent more time in the last year being sick than being healthy, and is it ever getting old. Jon is currently on another round of antibiotics for a sinus infection, his third or fourth this year. A few weeks ago he suddenly fled the room in a fit of agony, and when I found him in the bathroom he was hunched over the sink making this weird face. He asked me to come take a look at what had happened, and when I did and saw what had come out of his nose I wanted to go back and change my wedding vows to “in sickness, excluding instances involving chunky brown mucus.” If you’re engaged and even slightly queasy, you might want to go ahead and make that edit.

So we’ve been eating lots of whole grains and fresh fish and green vegetables, trying our hardest to avoid foods with high fructose corn syrup, but do you have any idea how hard that is? They put high fructose corn syrup in everything, in ketchup, in pretzels, even in low-fat, baked potato chips, which I thought were legal, because hello, BAKED. That means “not unlike God.” They’re not anywhere near as good as regular potato chips, but they’re close enough, especially when you dip them in chocolate. And now they’re telling me I can’t have those either. Next thing you know they’re going to get all crazy and tell me that I should stop eating cubes of butter wrapped in bacon.

We’d been on this health kick for over two months when, one night while running errands, we dropped into the grocery store to pick up a loaf of whole grain bread. For the dry, tasteless sandwiches we eat for lunch. So I took Leta and headed for the bakery while Jon went to pick up a few razors, and on my way back to the front of the store I accidentally tripped over an Entenmann’s blueberry crumb cake. And while Jon was lingering in the cosmetics aisle, a box of Hostess CupCakes fell from the ceiling and hit him in the head.

If that’s not strange enough, when we met up at the checkout line, a five-foot tall Little Debbie Oatmeal Creme Pie display fell over and buried Leta, and she was pinned to the ground underneath a mountain of boxes screaming, “Please free me from these individually wrapped, creme-filled snacks!”