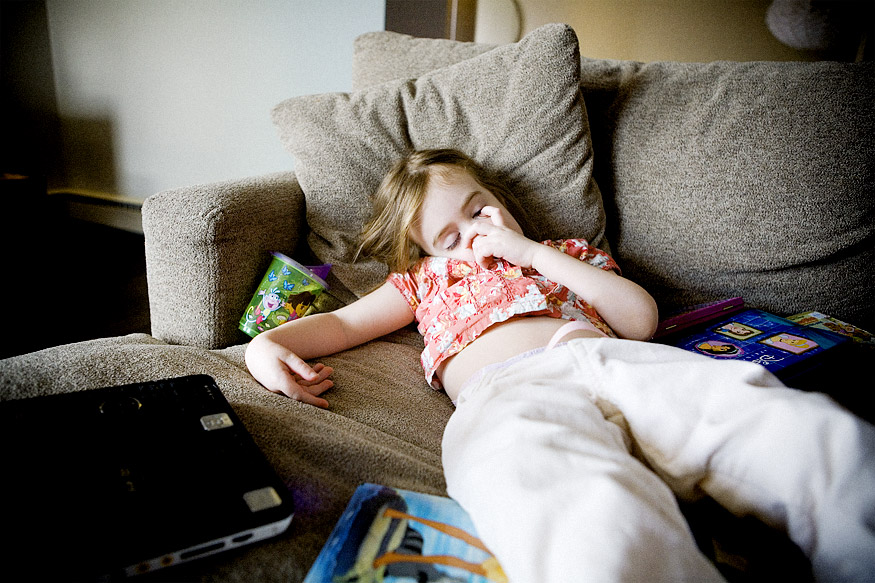 Something strange and unfortunate is going on with Leta’s sleep schedule, and she’s now taking cat naps late in the day. Probably because during the night she wakes up at 2AM and won’t go back to sleep until 5 or 6AM. Every night. We’re walking a tightrope because we want her to try to go back to sleep in her own bed, but the noise she makes in protest wakes up the puppy, and then it’s a wild frat party in our bedroom for three hours in the middle of the night. So neither Jon nor I have slept more than four hours a night in the last three weeks. I am more than a little grumpy because of this. Where “more than a little” means BONKERS.