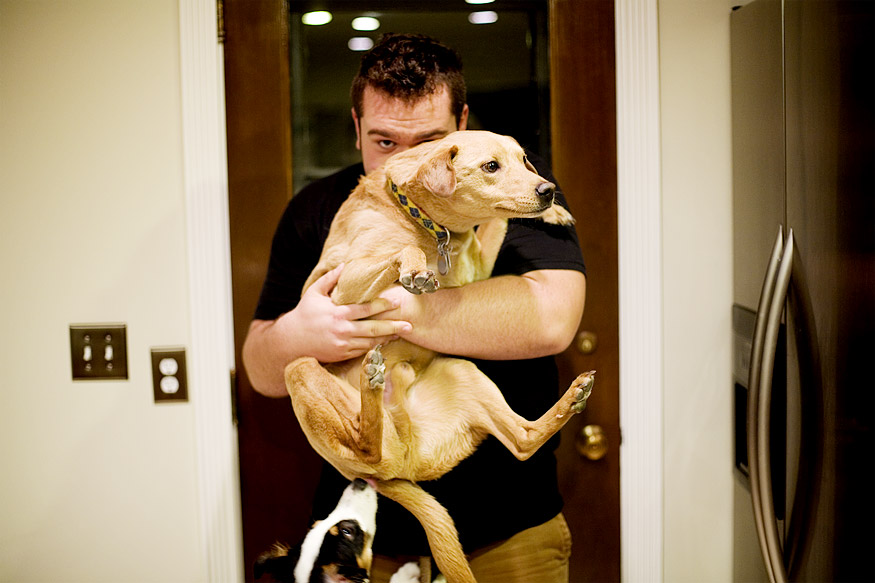 When my cousin, GEORGE!, lived with us for four months last summer something magical happened to Chuck and he became GEORGE!’s dog. He slept with GEORGE!, followed him from room to room, and was never in the room with us unless GEORGE! was there, too. The morning after GEORGE! left, Chuck showed up in our bedroom at 7AM, like WHAT AM I SUPPOSED TO DO? I turned to Jon and was all, we have a dog?

GEORGE! is visiting for the next four days, and while Chuck was overjoyed to see him, he’s been keeping his distance, hesitant to follow GEORGE! into his room last night. Little buddy doesn’t want to become attached again and then have GEORGE! rip his heart out. Chuck, I think you and a few dozen women need to grab a drink and compare notes.