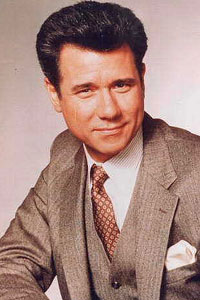 This week was swallowed up in a chaotic frenzy that started Monday morning when a photographer for a local Mormon-owned newspaper showed up to take a picture of me and the dogs to run with a story from the Wall Street Journal that they would be re-printing. The photo that they chose shows that all the work we’ve been doing with Coco is starting to pay off, and you can’t look at her regal profile and not be totally confused about how something so dashing would be so willing to guzzle its own feces.

Also featured in the photograph: all the prints that are hanging in the wrong direction on my living room wall, and so I think this means I have to leave them this way. Not that I ever had any intention of correcting this wrong, but now there is this Official Picture of Heather B. Armstrong, Her Two Champion Canines, and Hard Physical Evidence that Prozac Changes Lives. If I moved the prints around now I’d be denying my true self, would be saying that I couldn’t look at that wall one more second when in fact I could look at that wall all day long and not once have the urge to reach out and flip around a frame. This is why they need to change the literature on the side of certain anti-depressants to read: side effects may include finding yourself reacting to certain situations LIKE A NORMAL HUMAN BEING.

Wednesday I was in an all-day meeting with two lovely people from a management agency in Hollywood, and the only detail I can really reveal about all that mess is that if we ever have to hold a casting for someone to play Jon, I’m totally gunning for John Larroquette. Wednesday evening Jon and I participated in a round table discussion about blogging with a local ABC news journalist named Chris Vanocur. The program airs locally on Sunday morning at 10 AM on channel 30, but you can see it online now at the ABC 4 website. I’m also going to embed it here because the ad server on the ABC website keeps refreshing and restarting the video and HEY, ABC 4, CUT IT OUT.

(video removed because of a very annoying auto-start feature that was giving me and many others a migraine, sorry about that)

Just want to point out that I think Chris Vanocur has the hots for the other blogger on the show, Sarah Nielson, and at various points in the video you can see that his passionate crush is making him flustered. You’ll see them exchanging loaded glances at each other, and there is this specific moment where he can’t remember that the word he wants to use is “complimentary” because he’s so focused on the alluring curve of Sarah’s hair as it cascades down her bosom that both Jon and I suddenly felt like a third and fourth wheel.

(Also: how hot is my husband in that video? SIZZLING.)

Thursday a reporter for the local CBS affiliate visited the house and spent several hours interviewing me and Jon about what it’s like to run this website. He and his camera crew startled Coco when they rang the doorbell, and she greeted them with enraged, raucous barking and by running head-first into the glass door. The reporter was concerned that Coco might have hurt herself and wondered if she temporarily blacked out, but I assured him that Coco had weathered far worse circumstances, like that one time she wouldn’t stop barking at the garbage can so we threw her inside it and then tied it shut with a bungee cord. I think he took me seriously so I assured him that we only left her in there for three days.

The interview lasted all morning, and then they returned in the afternoon so that they could get footage of us hanging out with Leta. When we picked her up from school we told her that a photographer was coming over to take pictures and then spent the next hour saying, no, Leta, you cannot take off your pants. But she wanted to take off her pants, she always got to take her pants off after school, and I was all, I know, I hate wearing pants, too, but she was going to have to find the strength somewhere inside her to remain clothed for at least the next half hour. So she said, “If I leave my pants on can I have four treats?” And I was all, of course! I don’t see anything wrong with rewarding such hard work.

We’re not sure when that segment is airing, I’ll certainly keep you posted, and I’m wondering if they’re going to be able to use any of the footage they got of Leta because suddenly her vocabulary shrunk to three words: pee-pee, poo-poo, and POOOOOOOP. Because she wanted to stand out from all the other four-year-olds on earth.