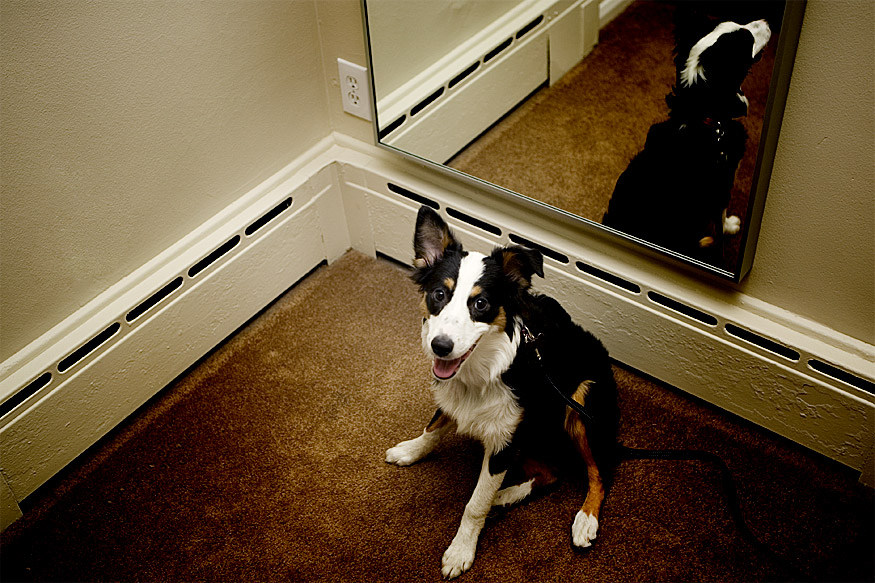 I haven’t ever told this story, but we got Coco from the (are you ready to concentrate?) father of the girlfriend of Jon’s nephew. He and his wife owned two miniature Australian Shepherds and wanted to breed them once and only once. Coco was the biggest in the litter, and one day back at the beginning of January we met Jon’s nephew and his girlfriend at a local park so that we could take a look at two of the puppies. Coco was one of them, and I remember seeing her for the first time, how she resembled the dog in the children’s book We’re Going on a Bear Hunt. She was the feistier of the two, and I fell in love with her markings, so we chose her. It also helped that Chuck showed no interest in eating her for breakfast.

This photo really captures the beauty of her markings, and you see that grin on her face? You bet this roller coaster ride of her puppyhood has been worth it.