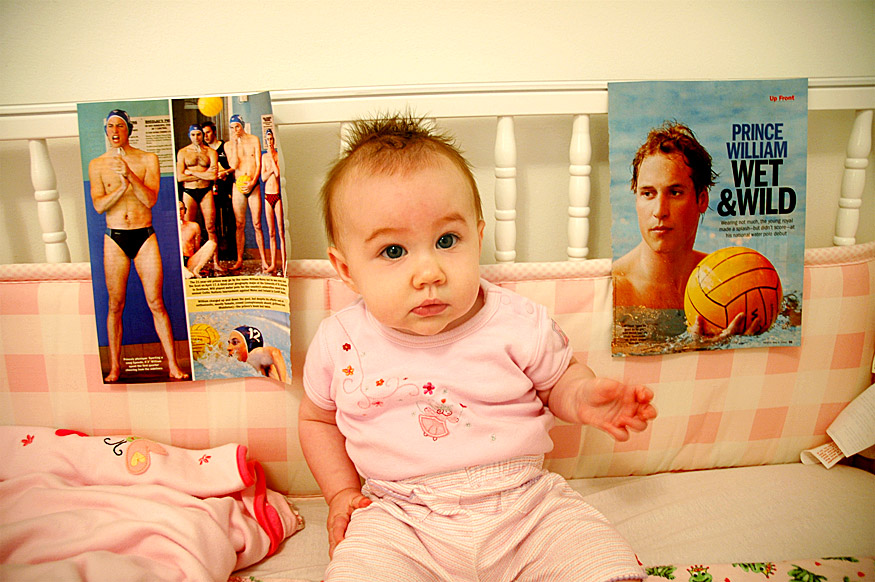 I was looking through old photographs yesterday and stumbled across this one taken on July 1, 2004 when Leta was just six months old. I never published it here because I was certain people would give me crap, and you might recall that it was around this time that I was a tiny bit sensitive to crap and eventually ended up in the hospital because of all the crap. Now that crap doesn’t faze me too much, at least not enough that I would deny the world this photo any longer.