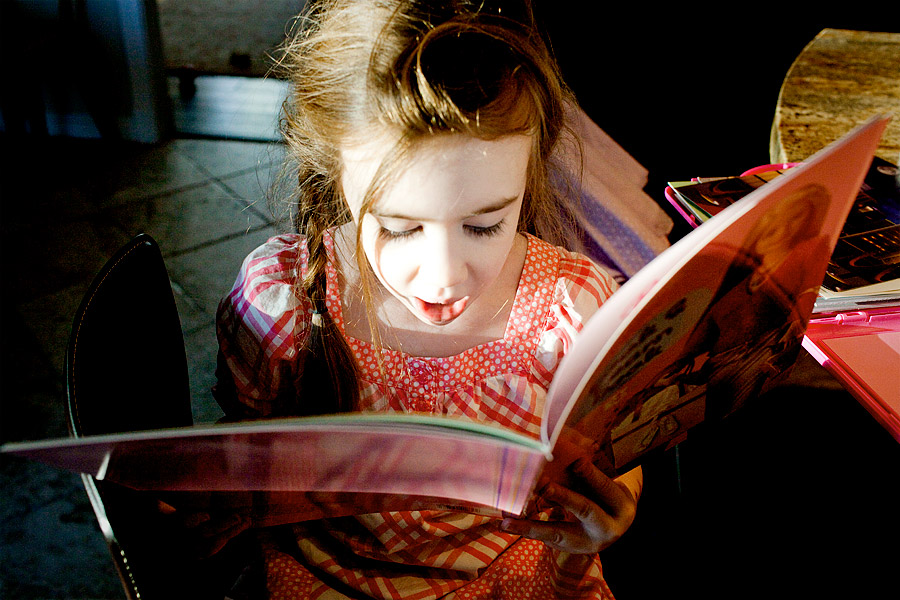 Today I put off a set of errands I needed to run until after Leta got out of school so that she could come with me, and as a reward for being so pleasant while sitting though an endless string of traffic lights I let her pick out a book on our trip to Costco. She thoroughly inspected the entire book display, thumbed through everything, and then declared, “I want something with a lot of words.” And then she promptly turned her nose up at several different Disney Princess sticker books BECAUSE THEY DIDN’T HAVE ENOUGH WORDS. We finally settled on a Barbie-themed page turner, one with a plot and character development. I wanted to nuzzle her neck right there in the middle of that warehouse and go WHO’S MY LITTLE NERD, WHO?!