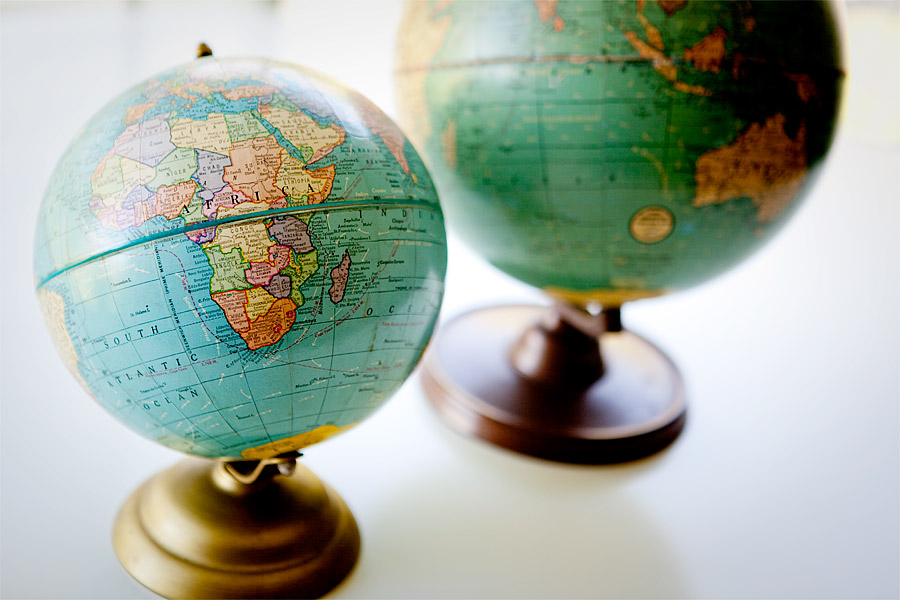 Last week the vintage globe I ordered from the Vintage Jane Etsy Shop arrived (the one in the foreground which was made sometime before 1970), and as I eagerly unpacked it to add to my growing collection Jon looked at me grimly and said, “Is this going to become a thing?” And I had a really, really hard time not throwing the globe right at his head. Oh my god, he did not just ask me that HE WHO OWNS EVERY DEVICE APPLE HAS RELEASED IN THE LAST DECADE.

Listen to this, you’re not going to believe me, but this is for real: Leta was making up a bedtime story last night about waking up at Christmas to open presents and she goes, “And I opened my box to find a beautiful princess castle, and then Daddy opened his box and there were a whole bunch of cords for his computers!”

I AM NOT SHITTING YOU.

The globe in the background is from the High Street Market Etsy Shop, and we’re actually having a blast trying to figure out exactly when it was manufactured. Right now we’ve got it narrowed down to between 1948 and 1953. And Jon is just as into figuring it out as I am. YES THIS IS GOING TO BECOME A THING.