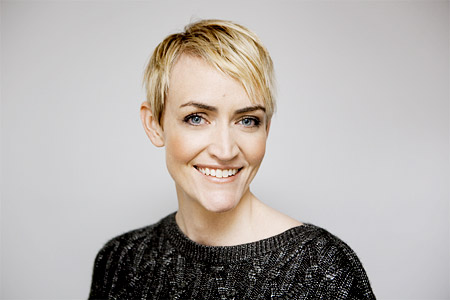 Now, I realize that this is a bit awkward and tacky, writing about my hair just days after a tragedy that has crippled so many lives and puts such trivial nonsense into glaring perspective. It is just my hair. I have my hair. I have my life. The end.

There is not much else I can do other than donate money and point myself and others in the direction of a couple of places where we can help, so before I talk about my hair I’d love for you to take a look at these stories:

1. Go here and read. A huge number of orphans have been cleared to leave Haiti. They just need a plane to get out.

2. Reader Brianne Sheppard who works with a team of firefighters, nurses and correctional officers stationed in Kamloops, BC Canada wrote to tell me that they were all originally scheduled to go to Haiti on January 23rd. Currently they are stuck in NYC because Delta has has cancelled all flights to Port Au Prince until further notice. They’ve got toys, medicine and over $20,000 in aid, but they have no way of getting to Haiti. She’s hoping that if I post her plea perhaps another government organization will be able to let them on their flight. You can contact her at Brianne.Sheppard@gov.bc.ca if you have any ideas or contacts.

Okay. So. Let’s distract ourselves for a moment with something totally silly and inconsequential while we sit in our heated, stable buildings and whine about that $.99 iPhone app that stopped working.

I’ve got a ton of gray hair. In fact, I believe that if I didn’t actively color my hair my head would be mostly white. It happened to my Granny, it happened to my mom, and what do you know. They both had fabulous, curvy figures, BUT DID I INHERIT THAT?

I have hair. Many people don’t. Moving along.

My hair is pretty much the one indulgence that I refuse to give up. I can go without food, I can wear the same t-shirt for a month straight, and if I had to I’d be okay living in my mom’s basement, although I PROMISE I WON’T TOUCH THE BOLOGNA, ROB.

It’s my hobby, my hair. I mess with it all the time. In fact, I chronicled a year of messing with it here. I may have a problem, in fact, because I can’t stop messing with it. And recently I had my stylist take me from brown back to blonde because the gray was growing in faster than I could disguise it. And Leta would say, “You’ve got something right there in your hair, mom.” And I’d say, “Yes, Leta. It’s called AGE.”

Earlier this week I asked my stylist to cut it all off and lift the color of the back of my head. For a few months I’ve had it pretty short, the top a striking blonde, the back my natural dark brown. And when I wake up in the morning after a night of violent trademark Hamilton thrashing and kicking around, I look like an eight-year-old boy who is about to fall asleep face-first into his bowl of Kix.

While waiting for my stylist to mix the color I tweeted this:

Now, I find Twitter to be a really fascinating experience, because a lot of people who follow me have no earthly idea who I am. I get responses like, “You have kids?” Or, “What is the name of your son?” Once I got one that said, “R U woman?”

And often people do not get it when I’m joking around. About a year ago I tweeted something like, “Turns out you’re going to be really disappointed if you thought you were going to see The Curious Case of Benjamin Bratt.” And for several days after that I got hundreds of responses like, “Why didn’t you like it?” and “But I thought it was the best movie of the year!” and “You’re a movie snob!”

Sigh. No, make that a triple sigh. Because there I was reading the responses on my phone, and I started to yell BENJAMIN BRATT! BENJAMIN BRATT! HAVE NONE OF YOU SEEN AN EPISODE OF LAW AND ORDER?!

Except, of course, I was alone and no one could hear me. Next time I check into the psyche ward they are going to write HAS A CASE OF THE TWITTERS on my chart.

Anyway, the back of my head was not in the mood to cooperate, and after they washed the color out of my hair it was apparent that something was wrong. Horribly wrong. And then I tweeted this:

Because instead of turning a soft brown or dark blonde, the back of my head was bright, neon orange. Sizzling. Electric. Or as my stylist put it, “I totally screwed up your hair.”

I immediately re-read my tweet and thought that my wording could be interpreted in an entirely different way than I had intended, and so as they debated over whether or not to chop off my head I tweeted this:

You can only imagine the responses, most of them to the tune of, “Why would your stylist stick an orange on the back of your head?” and “R U OKAY??” And then other people were like, “Dude! Dooce is going MAYTAG on her stylist!”

Let me just say that my stylist is one of my favorite people in the world. I have referred her to everyone I know because she is excellent at what she does. She’s a master when it comes to color, and so I do not blame her for what happened. I blame my hair that was given to me by my Scottish ancestors. It’s Scotland’s fault.

Because a couple of swooshes here and brushes there, another wash and rinse and…

And since I didn’t want to leave people hanging I tried to clear things up:

And this is where things stand. For now. Until I decide in two months to have twelve-inch pink extensions glued to my head: