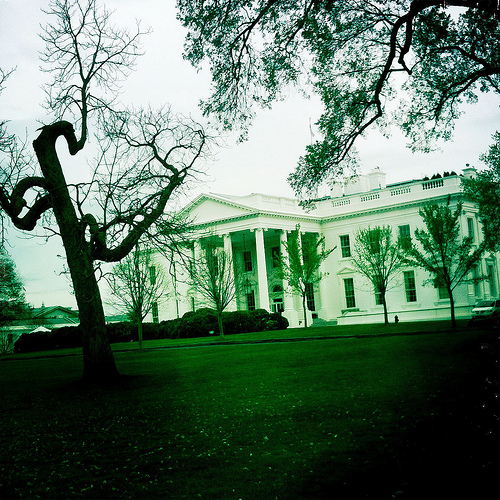 I had not originally planned to write a third and final recap of my visit to Washington DC, probably because Michelle Obama’s speech was the climax for me, and everything else following that in the forum itself left me feeling a bit restless. I guess I should explain. First, there were the twitters and the emails and the blog posts decrying the fact that I had been chosen to attend this forum in the first place, and I think these opinions were based on the assumption that I had been invited to represent working moms. And my god, how could I, AN INTERNET WEBSITE BLOGGER, possibly know what a real working mom lives through every day? I never said that I do know, only that my reality has its own chaos and complications, and I don’t think the game of determining whose war wounds are the deepest and most meaningful is very productive for any of us.

The fact is, I was invited to represent small business owners. And after Mrs. Obama spoke the gathering was divided up into several different break-out sessions. Mine was concerned solely with small businesses and ideas to make these types of working situations more flexible for employees. My business employs two people, whereas some of the other people in the room employed anywhere from twenty to two hundred. So the ideas and the discussions were wide and varied, and a few of these companies talked about how they managed to take really great care of their employees in terms of health benefits and parental leave. Some of us can’t afford to, and when I tried to speak up about this, when I pointed out that the Canadian government allows for 50 weeks of parental leave, half of the room gasped. I guess maybe I knew this statistic and they didn’t because I’ve interacted with several Canadian parents through this website. And that’s when the working mother in me wanted to roar. The working mother, owner of a small business who can’t afford to pay anyone 50 weeks of parental leave, decided she had to stand up for the working parents in the room and across the country.

America is so uncivilized in this respect. We claim that a focus on family values is a fundamental part of patriotism to this country, but if you look at this chart of maternity leave in the Americas, WE COME IN LAST:

Even communist Cuba kicks our ass.

But this forum wasn’t about policy change. It was about IDEAS! And look at this company in Michigan that allows its employees to earn extra sick days through successive good reviews. How great for those who work for that company in Michigan! What about the people who work for a small business in Idaho that can’t afford to give anyone a paid sick day? Don’t they envy Michigan! Let’s send them some ideas, shall we!

I know, I know, this is how capitalism works, right? Don’t go work for that company in Idaho, DUH. If you come from nothing it’s your responsibility to work your way out of it, damn any unpredictable circumstances that might pop up and crush various parts of your life in the process. Like, I don’t know, medical bankruptcy because of your mother’s cancer that insurance refuses to pay for.

Oh, why can’t I just stick to that mommyblogging thing I do?

Anyway, I got the feeling that they wanted the woman talking about better working conditions for parents to please go away, there’s nothing they could do about it. And I was just trying to point out that parents don’t just work for large corporations that can give them benefits like affordable insurance. Many parents work for the smaller ones who are holding on by a thread.

And then we all reconvened in the big room and got to listen to President Obama speak for about seven minutes. He was awesome. Period. The end. I can check off “distract President for just a very brief moment by being the only person in the front row wearing neon purple tights” off of my life list. Cut to last week when I got five minutes on the phone with Senate Majority Leader Harry Reid to ask him about some of this. I told him I had attended the White House Forum on Workplace Flexibility and that while there were all these fantastic ideas passed around, was the government planning to take a role or lead the way in implementing some changes?

Here’s what he had to say:

We have more than 300 pieces of legislation in the House and Senate that the Republicans will not let us move through. So that’s been difficult. Workplace flexibility is extremely important, and we have a couple things that are legislatively extremely exciting.

The Telework Enhancement Act led by Senator Akaka that requires each executive agency to establish a telework policy. This bill was reported out of committee without any objections, passed by unanimous consent on May 24th, and that’s a good piece of legislation out. Now we have to make sure it gets to the House.

So both of these pieces of legislation are in keeping with what you I think are interested in.

In the Defense Bill two years ago, actually, it allowed eligible employees to take up to twelve work weeks of job protected leave and then twelve months free for any qualifying contingency rising out of an active duty call, active duty status of a spouse, son, daughter, or parent. So we haven’t made it all the way, but we do have some things that I think are helpful.

No, I didn’t get my golden platter of free healthcare for everyone or even a guaranteed twelve weeks paid parental leave, but it’s always baby steps in Washington. Baby steps that may lead to nothing, but hey! At least we’ve got ideas!

Also, did you think Harry was going to be able to make it two sentences without taking a dig at the Republicans?